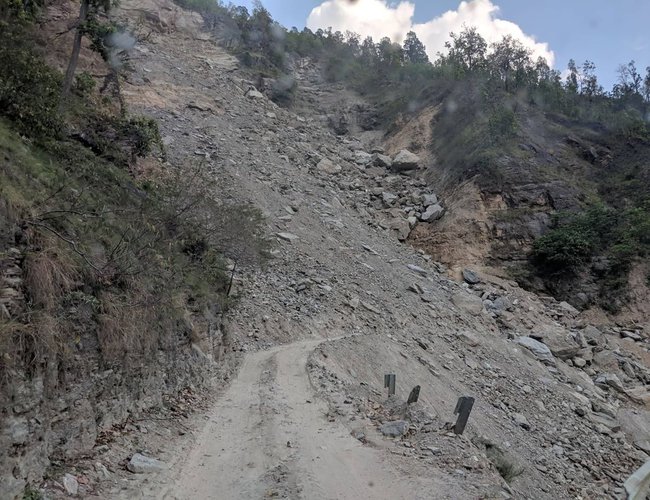 Air pollution leads to natural disasters including floods and landslides, according to findings of a recent study published in Climate Dynamics, a scientific journal (John F.Mejia). Massive loss of lives by the adverse impact of air pollution and deteriorated air quality not taken seriously in Nepal. It's necessary that this problem is addressed by providing educational services in the rural areas and proper use of governmental budgets.

The Far-western region of Nepal is severely undeveloped and the funding assigned for the development of this region is significantly low in comparison to its central and eastern counterparts. In comparison to other provinces, the contribution GDP of this region is the least which is 4.3%. This has been the trend that is being followed for years and the people who live in these regions have been excluded from the potential facilities they could have had.

This region is home to many minority groups who have no access to technology or education. When this is the case, a region tends to be more environmentally friendly and sustainable but in the context of Nepal, it is completely different. As there is lesser outside interference, the people here stick with their traditional methods. This further leads to the improper use of resources that can cause future problems.

The minorities stick to the traditional methods of using biomass fuels for energy, which produce indoor smoking. Biomass fuels include firewood, wood pellets, sawdust and other waste. The operation of these fuels lead to Indoor Air pollution which has adverse impacts on human health. Overall, 80% of Nepali households had at least one marker of Indoor Air Pollution. This tells us that there is a need to create public health interventions targeting households with low income to reduce Indoor Air pollution and subsequent health events.

Fuel choice and clean indoor practices are also dependent on the socio-economic status of the people. It can be observed that in rural settings, there is limited availability of clean fuels but access to forest wood and timber is easier. One of the main reasons people stick to the old cooking methods and promote Indoor Smoking is because the primary literacy rate in the regions is 47.3% on average. The government has to provide more focus on educating the people of this area and increase the overall literacy rate. Thus, the combination of both lack of resources for fuels and illiteracy combined can be used to explain the huge differences that are present between rural and urban Nepal.

The patriarchy has undesirable effects on the environment as well. The study in the BMC article shows that the households with a female head used cleaner fuel and preferred to cook in separate kitchens. However, the majority of households in the study had male heads and mostly followed the use of biomass fuels and used no separate kitchen. By providing proper education in this region, it can act as a path to end patriarchy and also ensure better environmental practices.

New research has stated that people who are more exposed to air pollution are more likely to have severe concerns if they test positive for COVID-19( Lisa Friedman, NY Times). With the current situation in the country, the rate at which the virus is growing will most likely cause harmful consequences to the people in the Far Western region.

The country needs to start making changes and the first step would be to make sure that the budget that is allocated for the development of the rural areas is utilized properly.The planning committee should not be biased toward cities like Kathmandu and Pokhara since they are the main tourist attractions. They should rather focus on the development of the whole country. This culture in Nepal has made the minorities suffer a lot and there is a great need for literacy rates in these areas so that the people in these areas are educated and are able to uplift their socio-economic status.

If the trend continues, the minorities in the country will continue to suffer from the lack of basic facilities and overall air quality will keep on worsening. The country might even have to face a lot of disasters as a long-term effect of this problem. So, this is something that the government should address as soon as possible. Speedy decisions should be made by the government so that the overall literacy rate in the regions increases and proper budget management should be practiced. Minimizing pollution sources should be one of the top priorities of the government. If this is not done, the results will be catastrophic.

Adhikari, P., Mejia, J.F. Influence of aerosols on clouds, precipitation and freezing level height over the foothills of the Himalayas during the Indian summer monsoon. Clim Dyn 57, 395–413 (2021)

Mahim Dahal is an undergraduate student at Dickinson College, Pennsylvania.

Youths In Nepal Elections: From Social Media To National Platform By Sangya Dhakal 4 days, 22 hours ago

How Could Rising Inflation Disrupt The Nepalese Economy? By Hari Prasad Shrestha 1 week, 3 days ago