Nepal’s participation in climate change negotiations dates to three decades. Nepal attended 1st to 25thCoPsat different levels. CoP 15 and CoP 24 held at Copenhagen and Katowice were attended at the level of Heads of Government and State respectively. 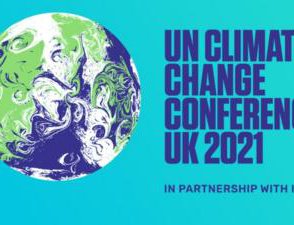 The Governments of the United Kingdom and Scotland have committed to making the 26th session of the Conference of the Parties (CoP26) to the UN Framework Convention on Climate Change (UNFCCC), 11th session of the CoP serving as the Meeting of the Parties (MoP) to the Kyoto Protocol (CMP11), and 3rd session of the CoP/MoP to the Paris Agreement (CMA3) COVID-19safe and inclusive. These sessions will take place from 31 October to 12 November 2021 after informal sessions of the LDC group, regional groups and G77 and China. The Glasgow Climate Change Conference (CCC)will likely deliver the desires and concerns of millions of people effectively to address ‘climate emergency’. Consultations and meetings of the CoP26 President-designate and UK Government spark hope to base climate negotiations on concerns, needs, ideas, issues and commitments of the world leaders, countries, and climate activists in the last several months.

Organizers have set four goals. They are to: (i) secure global net-zero by mid-century and keep 1.5 degrees within reach by urging Parties to phase-out coal, limit deforestation, switch to e-vehicles, and invest in renewable energies; (ii) adapt to protect communities and natural habitats; (iii) mobilize finance(US $100bn per year by 2020); and (iv) work together to finalize the Paris Rulebook and accelerate climate actions through collaborative efforts.

Two High-Level Segments (HLS) are planned. Heads of State and Government will likely provide ‘political guidance’ for negotiations through their statements on 1-2 November 2021, like in Paris in 2015. On 9-10 November 2021, participants will hear from Parties who did not deliver statements in its first part.

After the adoption of the agenda, as in previous sessions, Subsidiary Bodiesfor Implementation, and for Scientific and Technological Advice will focus discussions and negotiations, inter alia, on mitigation, adaptation, loss and damage, finance, technologies, capacity-building, LDC matters, response measures, gender, and so on. CMA3 will further focus on methodological issues to enhance transparency framework for action and support, and public registries.

Bolivia has proposed an agenda on (i) ‘all matters of adaptation ’which looks to provide coherence on adaptation; and (ii) stock take on financial support and means of implementation for alternative policy approaches. Within the set agenda items, Parties will find ‘compromise solutions’ for the effective implementation of legally binding instruments (UNFCCC, KP, and PA). As previous CCCs, Parties will likely announce a new initiative in Glasgow for PA implementation.

Each CoP is recalled for making ‘decisions’ on important initiatives to guide the future course of actions on climate. For example, CoP3 adopted the Kyoto Protocol (KP) which includes a legal provision for industrialized countries and economies in transition to reduce GHGs emissions with agreed individual targets. Overall, country targets would reduce an average of 5 percent GHG emission reduction as compared to 1990 level during the first commitment period (2008-2012). KP introduced market-based mechanisms including clean Development Mechanism (CDM) which has benefitted Nepal as well.

CoP7 in Marrakech (2011) established an LDC work program, LDC Fund and LDC Expert Group to support LDCs on adaptation and decided NAPA preparation guidelines. It helped to implement Article 4.9 of the Convention which urges Parties to take full account of the specific needs and special situations of LDCs and provide funding and technologies.

The 2005 Montreal CCC (CMP1) decided to ‘initiate a process to consider further commitments for Parties included in Annex I for the period beyond 2012 ...’ to avoid the gap between the first and second commitment periods. USA signed but did not ratify the KP.

In 2007 (CoP13/CMP3), Parties adopted the Bali Action Plan (BAP) to engage all Parties to UNFCCC in reducing GHGs emissions and to complete negotiations by 2009 in Copenhagen. Heads of State and Government in the Copenhagen CCC (CoP15) provided political guidance a few days to the closing session which resulted to a political outcome (‘accord’) that was taken note of by Parties. Nepal is associated with this ‘accord’.

The 2010 Cancun CCC made several decisions to implement UNFCCC and KP, including the establishment of the Green Climate Fund. In 2011, Parties decided to ‘launch a process to develop a protocol, another legal instrument or an agreed outcome with legal force under the Convention applicable to all Parties …’ and established an Ad Hoc Working Group (AWG) on the Durban Platform for Enhanced Action … to complete its work no later than 2015 to adopt a protocol, legal instrument or agreed outcome with legal force’ at CoP 21 and ‘… ‘come into effect and be implemented from 2020’.

After 4 years of ‘intense’ negotiations, Parties adopted the Paris Agreement (PA) which entered into force in November 2016 unlike agreed at Durban in 2011 and looks like a ‘pre-mature birth’. Climate change communities talk much about PA as a ‘panacea’ for climate change impacts than its ‘mother’ (Convention) and ‘target-based reduction’ in KP. PA provisions for ‘voluntary pledges’ for GHGs emission reduction through NDCs. Many countries have shared ‘conditional’ NDCs, and implementation is subject to the availability of funding and technologies.

The Glasgow CCC is happening at a time when the sixth Assessment Report (AR6) of the Intergovernmental Panel on Climate Change (IPCC) has informed that GHGs ‘concentrations have continued to increase in the atmosphere with a global surface temperature increase of about 1.070C. AR6 informs ‘human being’ the main driver of temperature rise. In addition, effective implementation of all national pledges through NDCs would reduce only 1 percent of global emissions by 2030, compared with 2010 levels (https://www.theguardian.com/environment/2021/feb/26/co2-emissions-nations-pledges-far-away-from-paris-target-says-un). It would require reducing 45 percent in the next 10 years to keep temperature rise at 1.50C above pre-industrial levels. China, the USA, and India have yet to share their updated NDCs. Most of the Parties have ‘pledged’ for net-zero emission by the mid-century as well.

During the adoption of UNFCCC in 1992, about ¼ of the total global GHGs emission was from the USA. In 2018, major CO2emitters are China (10.06 billion metric tons), the USA (5.41b mt), India (2.65b mt), Russian Federation (1.71b mt) and Japan (1.16b mt)(https://www.investopedia.com/articles/investing/092915/5-countries-produce-most-carbon-dioxide-co2.asp#1-china). The UNEP emissions gap report (2020) informs temperature rise over 30C in this century and with the possibility of reaching 1.50C through net-zero emissions by 2050 and by prioritizing green recovery.

Nepal’s participation in climate change negotiations dates to three decades. Nepal attended 1st to 25thCoPsat different levels. CoP 15 and CoP 24, which were held at Copenhagen and Katowice, were attended at the level of Heads of Government and State respectively. 2001, 2004 and from 2008 onwards, CoPs were mostly attended by the environment ministers. Nepal led the LDC Coordination Group in 2013 and 2014. The 2013 CoP in Warsaw was led by the ‘carrier diplomat’ and coordinated LDCs to make decisions on Warsaw International Mechanism (WIM) on Loss and Damage. In Lima (2014), the LDC Coordination Group was successfully led by the secretary of the then Ministry of Environment.

National news informs Nepal’s priority focus is on ‘loss and damage’ in Glasgow. CMA may decide on its authority over and guidance to the WIM for loss and damage associated with climate change impacts. On LDC matters, CoP 26 will hopefully make decisions on the continuation and terms of reference of the LDC Expert Group (LEG) that also supports LDCs to formulate and implement the National Adaptation Plan (NAP) and adaptation actions.

Last week few events occurred in Nepal to advance GHGs emission reductions. GCF approved Nepal’s US$ 21.1m projects named ‘mitigating GHG emission through modern, efficient and climate-friendly clean cooking solutions (CCS)’ which will be implemented by the Alternative Energy Promotion Centre (AEPC). This project aims to promote clean cooking solutions such as improved cooking stoves (ICS), biogas, and electric cookstoves (ECS) in 1 million households of 22 districts of the Terai region and has been estimated to reduce 6.51 million tons of CO2eq.

Dhulikhel became the first city in South Asia to endorse Fossil Fuel Non-Proliferation Treaty on 7 October 2021. This endorsement shows ‘commitment to make Dhulikhel an environment-friendly city by limiting net GHG emissions to zero …’ (https://fossilfueltreaty.org/dhulikhel). In addition, Nepal and India have signed to conduct a study to join Indian city by railway with Kathmandu. Twenty e-buses are also planned to purchase for Kathmandu. These GHGs mitigation initiatives will likely contribute to compliance with Nepal’s commitments on the second NDC.

AEPC is engaged in developing and implementing CDM projects as it first registered two biogas CDM projects immediately after being a Party to the KP in 2005. A number of projects related to biogas, improved cooking stoves, and small micro-hydro projects have been developed as a project- or programme-CDM to benefit from Article 12 of the KP. CDM projects, if implemented as planned, might have substantially reduced GHGs emissions in Nepal.

Minister for Foreign Affairs, Dr. Narayan Khadka at the 76th session of the UN General Assembly in September 2021 has reiterated Nepal’s commitment to delivering climate-resilient development pathways by 2030 and net-zero emissions by 2050 and stated that Glasgow CCC ‘must be a gateway to greener, cleaner, and smarter energy transition’. For net-zero emission, Nepal is also preparing a ‘long-term strategy.

Nepal has lots to say in Glasgow CoP26, at least of its two years of works. It may range from reiterating her commitment on net-zero emissions by 2050 and initiatives in reducing GHGs emissions by promoting e-vehicles, CDM projects, and recently GCF-approved clean-cooking solutions project and long-term strategy (on net-zero emission). It may likely focus on climate vulnerability, accelerated glaciers melting and climate-induced disasters, loss and damage, and state of National Adaptation Plan (NAP) and building resilience. The need for additional financial supports for adaptation, resilience, mitigation, technologies and capacity building may be highlighted. Hope, Nepal’s initiatives will be recognized at the international level by knowing how an LDC emitting only 0.056 percent of total global GHGs emissions (as per Third National Communication Report, 2021), has committed for NDC mitigation targets, requiring nearly US$ 25 billion in addition to unconditional targets of US$ 3.4 billion (estimated cost for NDC implementation till 2030 is US$ 28.4 billion)

‘Ownership’ over the national initiatives counts a lot to translate them into action and mobilization of financial resources, knowledge-based and skilled human resources, and technologies. Most importantly strong ‘will power’ of the multi-stakeholders and leadership at national, provincial, and local levels will likely determine the state of implementation of NDC and other initiatives unlike of previous commitments such as on pollution control.

Water Management In Mountains: Snow Water As An Alternative By Pratima Sharma and Chiranjibi Bhattarai 2 days, 16 hours ago

What West Seti Power Project Can Mean For India-Nepal Ties By Yubaraj Ghimire 3 days, 3 hours ago