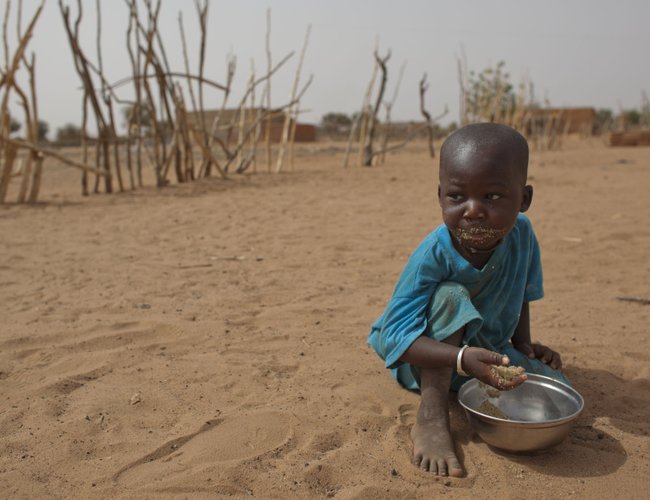 The United Nations World Food Programme has called for urgent action to tackle climate change, warning that rising temperatures could lead to a spike in global hunger.

The WFP made the appeal before marking the October 16 World Food Day on Saturday.

The WFP says many areas around the world are facing a food crisis caused by climate change. It says nearly 1.1 million people in the African island nation of Madagascar suffer from severe hunger due to droughts.

It says more than 60 percent of people in southern Madagascar are farmers, and their livelihoods have collapsed.

The WFP also says that in conflict-affected areas, "the climate crisis exacerbates existing vulnerabilities, magnifying the damage, destruction and despair."

It estimates that a rise of 2 degrees Celsius in the average global temperature from pre-industrial levels will push an additional 189 million people into hunger.

The WFP says, "Conflict is plunging millions into hunger today, but the climate crisis has the potential to dwarf conflict as the main cause of hunger tomorrow."

China Partially Lifts Lockdown In Southern City of Guangzhou After Protests By Agencies 1 day, 20 hours ago

Beijing Grapples With 'Zero-COVID' Unrest By Agencies 3 days, 20 hours ago

Anti-coronavirus Curbs Erupt In Beijing, Shanghai And Elsewhere By Agencies 4 days, 20 hours ago