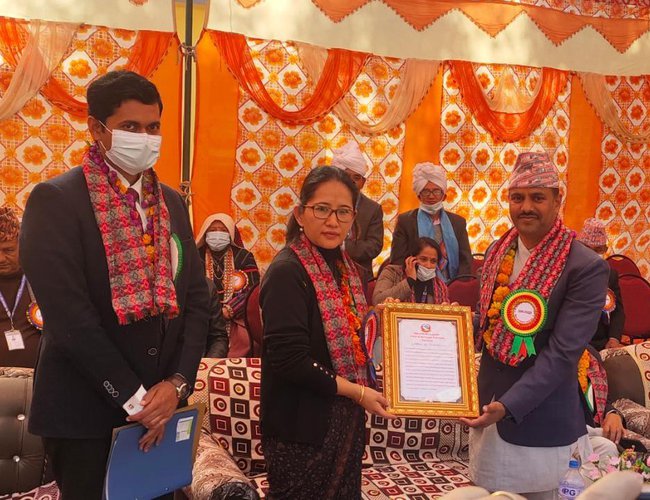 Built with Government of India Financial Assistance of NRs. 1.27 crore, the school, established in 1960, has been providing quality primary level education since a long time. Most students, studying in this school, are from marginalized Tinkari and Bhutia community of Darchula District. At present, 391 students are enrolled in the school out of which 50% are girls. New infrastructure would create an improved environment for learning in the rural region and contribute to the development of education in the district.

Later in the day, the new building of Shree Malikarjun Model Secondary School at Mahakali-7, Dhap in Darchula District, built at a cost of NRs. 2.33 crore under India-Nepal Development Cooperation with Government of India’s financial assistance was also inaugurated by Ms. Namgya C. Khampa, Deputy Chief of Mission, Embassy of India, Kathmandu; Mahakali Municipality, Darchula and School Management Committee and local representatives. The school was established in 1966 and upgraded to secondary level in 1984. The school is located in Far Western Region. Previous infrastructure existing was inadequate to accommodate the students studying in the school. The new school building built under ‘India-Nepal Development Cooperation’ and having two-storey building would create an improved environment for learning in the rural region and contribute to the development of education in the district.

These projects were taken up as a High Impact Community Development Project (HICDP) under an Agreement between Government of India and Government of Nepal, and implemented by District Coordination Committee, Darchula and Mahakali Municipality, Darchula respectively.

"We hope that these new infrastructures would create an improved learning environment for students in this region and contribute to the development of education in the district," said a press releease issued by the Embassy of India, Kathmandu.

As close neighbors, India and Nepal share unique ties of friendship and cooperation, new school buildings built under Nepal-India Development Cooperation reflect the continued commitment of the Government of India in complementing the efforts of the Government of Nepal in creating and augmenting infrastructure in priority sectors. 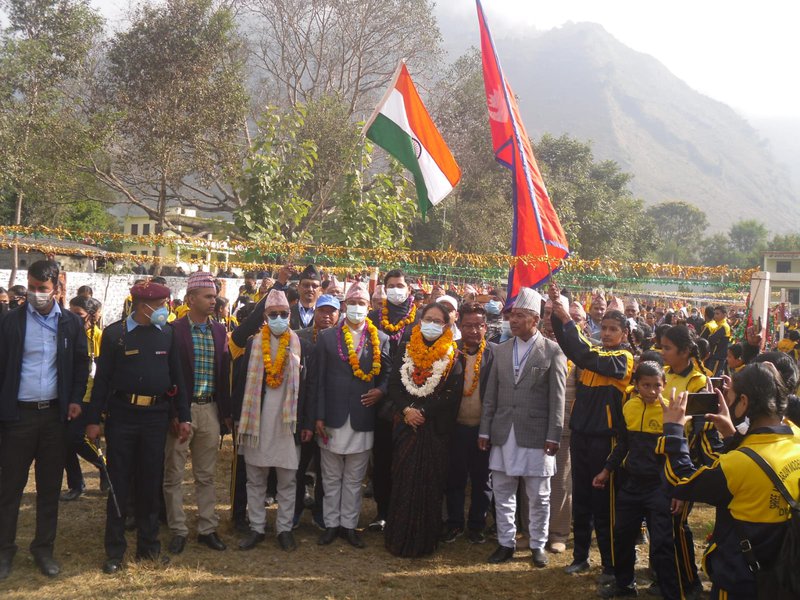 World AIDS Day 2022: The AIDS Response Is In Danger By NEW SPOTLIGHT ONLINE 2 days, 10 hours ago