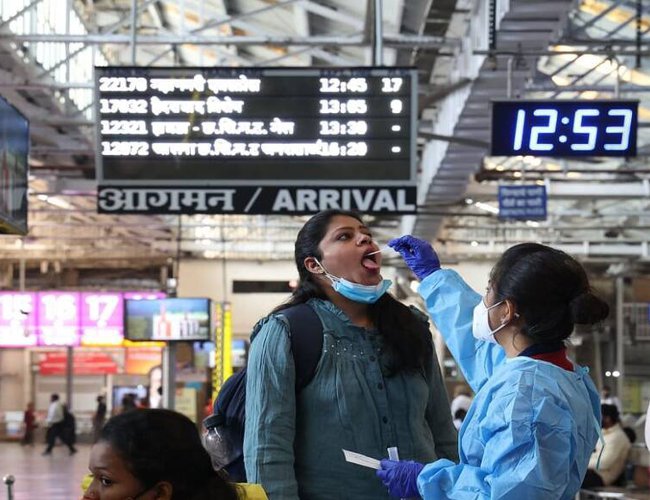 Maharashtra was among several states which reported a sharp spike in Covid-19 cases on Wednesday. Delhi reported 923 fresh cases, which marked a steep rise from the 496 detected a day earlier. The positivity rate also jumped up to 1.29%. Among other cities, Mumbai registered a huge spike, recording 2,510 cases. Moreover, 400 infections were detected in Bengaluru, 540 in Kolkata and 294 in Chennai.

Meanwhile, Indian SARS-COV-2 Genomics Consortia INSACOG said that there is now clear experimental and clinical data supporting very high immune escape potential of Omicron, but initial estimates show the severity of illness being lower than what was seen in previous outbreaks, the said in its latest bulletin citing global data.

In India, appropriate public health measures and investigations are being conducted for surveillance of Omicron, INSACOG said while noting that globally there appears to be significantly reduced ability of vaccines or prior infection to protect against symptomatic infection by the Omicron variant. “While Delta continues to be the most prevalent VOC globally, the Omicron variant has completely displaced it in southern Africa and is on track to become the dominant variant in UK and elsewhere, “INSACOG said in its bulletin released on Wednesday.

The genomic consortium, citing global data, said there is now clear experimental and clinical data supporting very high immune escape potential of Omicron, which appears to be the major component of its growth advantage over Delta.

Meanwhile, as per the Union Health Ministry data obtained till 8 am on Wednesday, the country reported 9,195 new Covid-19 cases. India’s active caseload has risen to 77,002, the data showed.