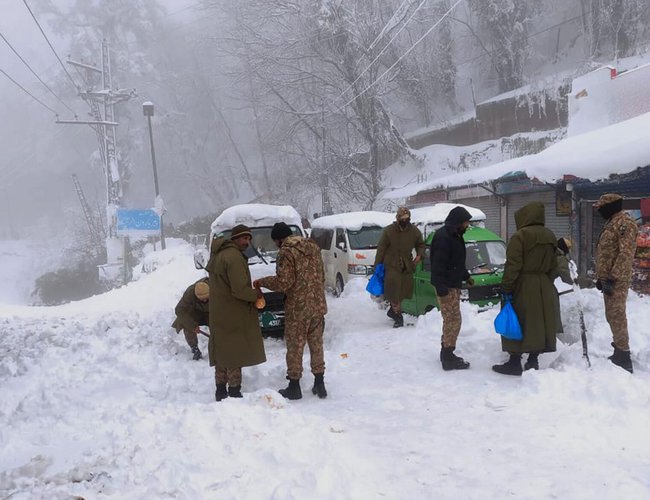 At least 22 people have died in a resort town in northern Pakistan after being stuck in their vehicles overnight during a snowstorm.

Thousands of vehicles were stranded on streets in the mountain resort town of Murree on Friday.

Police say some of the victims may have died of carbon monoxide poisoning as the tailpipes of their vehicles were clogged by snow.

The popular resort is about 70 kilometers northeast of the capital, Islamabad.

Despite an alert from the authorities, thousands of people flocked to the area to see snow-covered landscapes.

The government has sent military troops to the scene to rescue people still stranded in about 1,000 vehicles and clear snow from the roads.