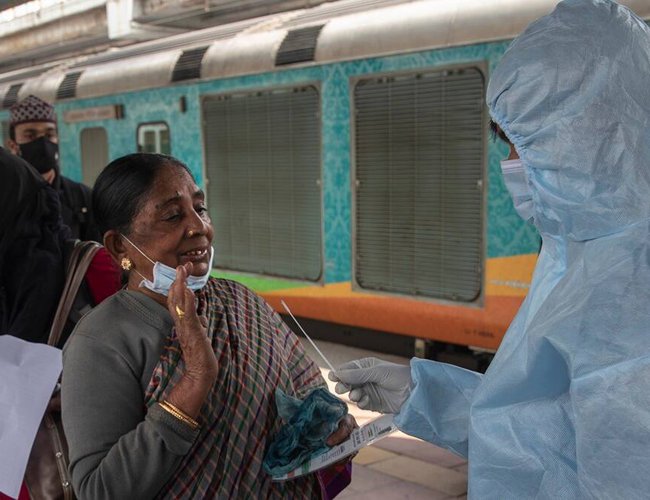 India has confirmed more than 300,000 new daily cases of coronavirus infection, but says the rates of deaths and hospital admissions remain lower than last year.

The government reported 317,532 new infections on Thursday, with the cumulative count of Omicron cases climbing to 9,287.

Health officials told a news conference on the same day that the seven-day average of coronavirus fatalities is under 400. That was fewer than over 3,000 recorded during the second infection wave, which peaked last May.

The officials added that the number of COVID-19 hospitalizations in the capital New Delhi has also stayed lower than in the second wave.

Seventy-two percent of India's population aged 18 or above have been vaccinated twice against the coronavirus.

Authorities said the major progress in the vaccine rollout has helped reduce the death rate compared to the second wave, when merely 2 percent of the population had been inoculated.

India is one of the countries in Asia and Oceania whose daily coronavirus cases are on the rise. Its situation contrasts with downtrends in other parts of the world, such as Britain and African nations.