US, Russia Agree To Keep Talking Over Ukraine

US, Russia Agree To Keep Talking Over Ukraine 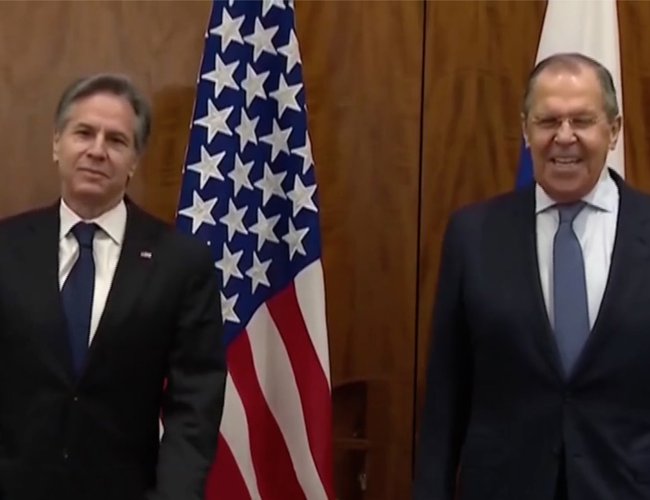 The top diplomats of the United States and Russia have agreed to continue talks aimed at defusing military tensions over Ukraine, despite coming away from their latest meeting without a breakthrough.

Lavrov insisted that Russia has "never threatened the Ukrainian people."

Blinken said the United States will produce a written response to Russia's concerns that it will share next week. He was referring to Moscow's demand for a legal guarantee that NATO will not expand its membership.

Blinken also said if it would be productive for US President Joe Biden and Russian President Vladimir Putin to meet, the United States would be ready to arrange it.

Russia has deployed an estimated 100,000 soldiers near its border with Ukraine. The United States and European nations are demanding their withdrawal, but Moscow is insisting that it get the guarantee on NATO.

The United States has repeatedly said it cannot accept the Russian demand.

Japan To Lower COVID-19 Classification On May 8 By Agencies 4 hours, 4 minutes ago