Nepal’s population has now reached 29 million. The low fertility rate and out-migration have been cited as the main causes of the slowest population growth. 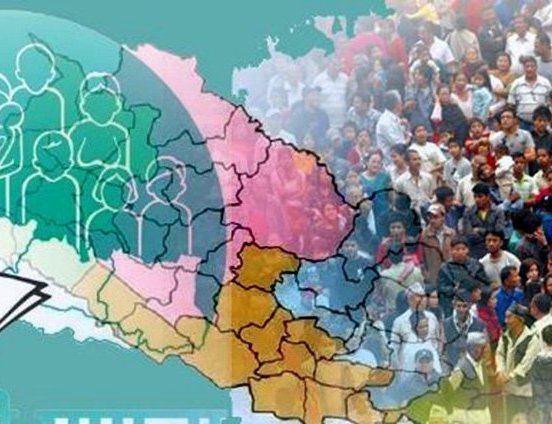 The global population has been growing steadily from 1 billion in 1800 to 7.9 billion in 2021.Unexpectedly, in Nepal, the census preliminary data shows the slowest population growth in 80 years with a 10.18 percent rise in the last 10 years or 0.93 percent annually on average.

While the growth is not uniform across the world, we could see higher growth in Africa and lower in Europe in the past decades. It shows development and fertility have an inverse proportional relationship in general.

Nepal’s population has now reached 29 million. The low fertility rate and out-migration have been cited as the main causes of the slowest population growth.During the years, several other factors including awareness, adult literacy levels, especially among females, late marriages, nutritional status, andlife expectancy have contributed to birth rate decline.

I still remember a remark made by a woman in Jumla in 1993 that she would not take a risk of having only 2 children and that they would not survive. She was already a mother of 5 kids in her late-30s. This speaks a lot about family health, poverty, and local health services in rural Nepal.

There were some concerns raised over the slower population growth in the economy with the new census data. This could be a concern in the short term if the country faces deficit human resources. But this is not the case. There is massive unemployment and currently, 2 million people are living abroad according to the census. Thousands of Nepalese are leaving the country for foreign employment.

In the long run, the slower population growth can have net positive or negative impacts. It depends on how the government can make the best use of human resources, increase workforce productivity, and facilitate a policy environment for the private sector to support the growth of skills, jobs, enterprise, and markets.Further, it positively contributes to lower climate change, environmental degradation, and risks of disaster and pandemic.

The population data is interesting in the context of a new federal system of governance adopted in 2015 as the distribution of the population shows imbalances owing to the centralized power, resources, and services in and around the capital. Kathmandu still holds the highest population (2 million) amongst districts and Kathmandu Valley with over 3 million population.

Terai region has the highest proportion of the population (54 percent) while there are drops in the hills and mountains. This imbalance would create pressure not only on the limited infrastructure and services but also contribute to potential socio-political tensions in the Terai. The federal system should address this imbalance in line with the constitution.

In summary, slower population growth is not necessarily negative if we are aware of and take measures towards potential positive and negative impacts. Moreover, the three levels of government should take a political economy approach to address population imbalances in the country. Not to mention, the government should protect the people, wherever they are, against ongoing and future pandemics.

Dr. Prabin Manandhar is an expert in international development. Currently, he is working as Country Director of Helvetas Swiss Intercooperation Nepal. He is the Former Chair of the Association of International NGOs in Nepal (AIN). He is also a visiting faculty at Kathmandu University. The opinions are of his own and not that of his employer. He can be reached at prabin.manandhar11@gmail.com