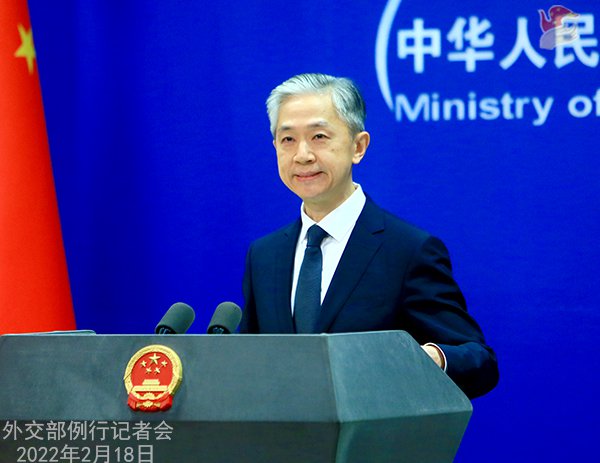 Had such a statement come from the official from Southern neighbor, there would have been dozens of protest programs likely to have more strikes, street demonstrations and Masal Julus.

However, Nepal’s communist parties left and right political elites, intellectuals who prompt to issue strong reactions in words and action in any statement from the southern neighbor and other countries, remain tightlipped

At a time when Nepali Congress Party and Prime Minister Sher Bahadur Deuba have been himself making attempt to forge consensus on the issue, the government looks unknown about the statement.

It is natural for communist parties and a section of Nepali who considers China as a guarantor of Nepal’s sovereignty and independence and counterbalance to Indian hegemony, not to react.

Even Nepal’s foreign ministry is yet to issues any statement regarding its position over the statement of the Chinese spokesperson regarding MCC.

As Prime Minister Sher Bahadur Deuba and his party Nepali Congress have already issued a written statement that MCC is in favor of Nepal’s national interest, China has said that it opposes 'coercive diplomacy and actions that pursue selfish agenda at the expense of Nepal’s sovereignty and interests.

Spokesperson Wang was responding to a question about China's comment on the reported US' pressure on Nepal to ratify Millennium Challenge Corporation (MCC) compact by February 28 and the demonstrations in Nepal against the MCC.

"We’ve noted relevant reports. China is glad to see the international community conducting development cooperation with Nepal to contribute to its economic growth and livelihood improvement. However, such cooperation should be based on full respect for the will of the Nepalese people and come with no political strings attached. We oppose coercive diplomacy and actions that pursue selfish agenda at the expense of Nepal’s sovereignty and interests," said the spokesperson.

With the intensifying violent demonstrations in the street of Kathmandu over MCC, the US embassy in Nepal has stated that ' Violence & incitement to violence are never acceptable.'

The US embassy's view comes out in the context of the demonstrations against the Millennium Challenge Corporation (MCC) in the country.

"We are a strong supporter of free speech & public discourse based on fact, including on MCC. The right to express one’s views is intrinsic to democracy, and people must be allowed to peacefully share their views. Violence & incitement to violence are never acceptable," the US embassy stated in its Facebook account.

At a time when communists and “pro-monarchist” led parties are organizing violent protests at the street of Kathmandu, the Chinese official reaction will further complicate the situation.

As professor late Leo Rose, who once said,” international factors have strong and often decisive impacts on Kathmandu’s domestic politics. Given the current action and reactions, what late Rose wrote in his book Nepal Profile of the Himalayan Kingdom is still true.

Although this is not the first time in Nepal when the world’s power landed in the dispute, monarchs of Nepal had shown the way to handle such dispute quietly and effectively.

In a similar way, the border issue of Kalapani India has been there for quite a long time, it was dealt with diplomatically. The Royal regimes had never vulgarized it and irritated India and the sentiment of India.

Given the current diplomatic crisis, former foreign secretary of Nepal Professor Bishwa Pradhan’s statement is quite relevant. “As an independent nation, Nepal has every right to determine its foreign policy and development policy matters. Nepal’s freedom of choice is obviously limited by the exigencies of power politics.. ..Nepal’s strategic location afforded its scope of maneuvering within certain limits. These limits are, in practice, set by what India and China consider to be their minimal interest in a given situation.

Of course, Nepal has limitations on handling foreign relations. However, China cannot dictate to Nepal what to do and what not to do on its matter related to development matters as long as it is not directed to any country. The Nepalese government, political parties and intellectuals need to respond against the encroachment of her sovereign rights. If the statement is objectionable, Nepal has to respond diplomatically.