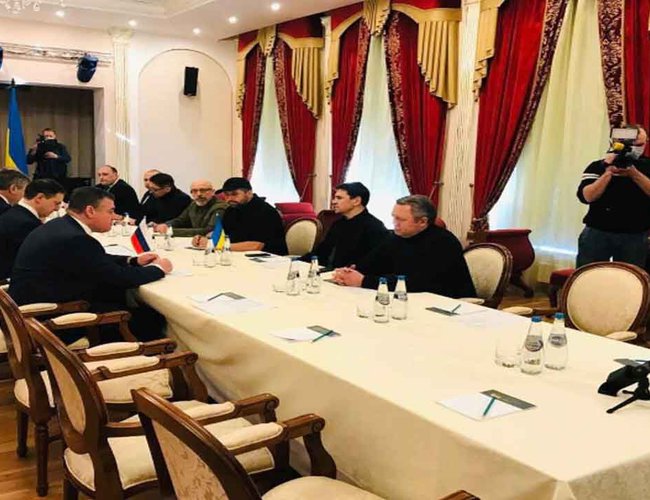 Diplomats from Russia and Ukraine have met for talks for the first time since the start of the invasion. However, they went back home without reaching a deal.

The negotiators met in Belarus, which is a close ally of Russia. After the meetings, they said they will sit down for more talks in within days.

Mykhailo Podoliak of the Ukrainian Presidential Office said the main goal of this first round of talks was to discuss a ceasefire and an end to hostilities in Ukraine. He said delegates clarified several key areas of discussion, and outlined some decisions about them.

Vladimir Medinsky, the head of the Russian delegation, said the two sides met for five hours of talks. He said they went over everything on their agenda and identified some points that may lead to common positions.

At the same time, Ukrainian leaders are seeking closer ties to the West. President Volodymyr Zelenskyy has asked the European Union to admit Ukraine as a member.

However, leaders in Moscow have been wary of closer ties between Ukraine and Europe. They have demanded a guarantee from Ukraine that it will not join NATO.