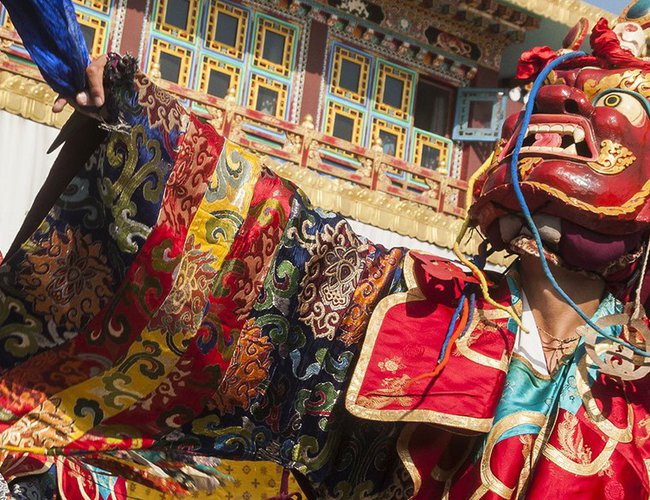 The government has decided to declare a public holiday on Gyalpo Lhosar on Thursday.

Ministry of Home Affairs has informed that the public holiday has been declared on the occasion of Sherpa communities' Gyalpo Lhosar.

According to Information Officer at the MoHA Basanta Bhattarai, as per the decision of the cabinet public holiday has been declared on the occassion of Gyalpo Lhosar on Thursday.

In March the people of Nepal, Tibet and many neighboring Asian countries begin preparations for a holiday known as Losar, which celebrates the start of the new year.

The term Losar is derived from two words Lo, meaning year and Sar, the word for new. Losar is celebrated in Nepal mostly by the Sherpa, Tibetan, Tamang, Bhutia and Yolmo people. Gyalpo Losar, specifically, is the celebration of the Tibetan new year. Although different communities in Nepal have their own versions, the following account is typical to the celebrations of the Sherpa people.

According to ancient lore, Losar was first celebrated when an old woman named Belma introduced the measurement of time based on the phases of the moon. In ancient times, people went to the local spring to perform rituals of gratitude. Offerings were made to the Nagas, or water spirits, who activated the water element in the area, and smoke offerings were made to the local spirits associated with the natural world. These rituals took place for an entire month leading up to new year’s day.

Two days before the Losar, everyone in a Sherpa family gathers and enjoys a special soup called Gutung. Prepared with a combination of nine different kinds of beans, tradition states that each member in the family should have nine bowls of this soup. Gutung is also served with special type of dumpling, which contain different hidden objects used in the place of fillings. The hidden items are often strange, such as wood, salt, or even coal and are jokingly meant to relate to the character of the person they are chosen for.

The day before Losar, families gather to clean and decorate their homes. That same evening, once the clock strikes midnight, the traditional greeting, “Tashi Delek” is exchanged and friends and family stay up late to welcome each other to the new year. The following morning many Sherpa change the Dhoja, or prayer flags, in their homes, symbolizing a fresh start to the year. The day continues with a special beverage called Changkol made from Chaang (a Tibetan version of beer). People celebrate by singing or dancing to traditional Sherpa songs, eating and drinking.

In the afternoon, people get together and continue the celebration. Many traditional ceremonial dances representing the struggle between demons and gods are performed at local Monasteries. Mantras are chanted and fire torches are passed among all the people in the crowd. Children often enjoy Losar the most as the environment is festive and full of delicious food, sweets and gifts.

In the evening, celebration winds down with dinner with family and loved ones, marking the beginning of new year. Although the traditions of Losar have adapted to modern times and busier schedules, the joy, happiness and essence of Losar is still same.

Two Shilas Left For Ayodhya From Janakpurdham By Agencies 3 days, 12 hours ago

Kaligandaki Stones Heading To Aayodhya By Agencies 2 weeks, 3 days ago

Makar Or Maghe Sankranti 2023: The Festival Of Surya (Sun) By NEW SPOTLIGHT ONLINE 2 weeks, 4 days ago