Modi's conversation with Putin, the third since the Russian invasion of Ukraine on February 24, lasted 50 minutes. He urged the Russian President to hold direct talks with Zelenskyy in addition to the ongoing negotiations between their teams, sources said. 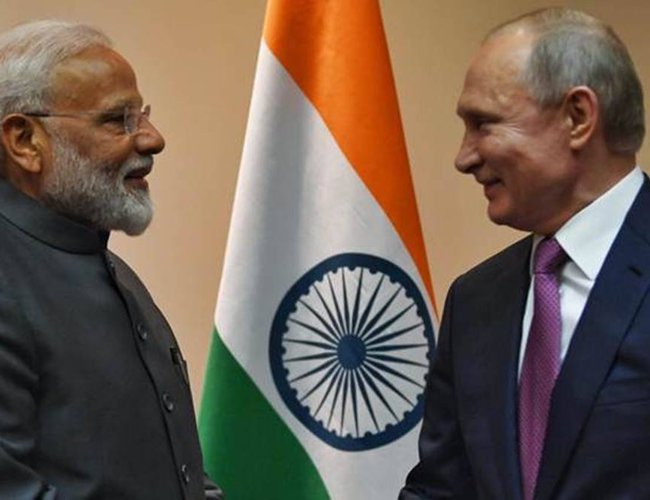 Expressing “deep concern” for the safety and security of Indian students still in Ukraine, Prime Minister Narendra Modi spoke to Russian President Vladimir Putin and Ukrainian President Volodymyr Zelenskyy Monday and sought their support for safe and quick evacuation of Indians from the city of Sumy in north-east Ukraine, official sources said.

Modi’s conversation with Putin, the third since the Russian invasion of Ukraine on February 24, lasted 50 minutes. He urged the Russian President to hold direct talks with Zelenskyy in addition to the ongoing negotiations between their teams, sources said.

A statement from the Prime Minister’s Office said President Putin briefed the Prime Minister about the ongoing measures related to humanitarian corridors for facilitating evacuation of civilians including Indian students.

Earlier, Russian authorities said a ceasefire would begin Monday and “humanitarian corridors” would open in key Ukrainian cities including Kyiv, Kharkiv and Sumy.

Situated about 350 km east of Kyiv and 180 km north-west of Kharkiv, Sumy is now at the centre of India’s evacuation efforts from the war zone. About 700 Indians, mostly students of Sumy State University, are stranded in the city.

An estimated 700 Indian students remain in Sumy. About 350 km east of Kyiv and 180 km north-west of Kharkiv, Sumy is closer to the Russian border.

The Prime Minister, official sources said, appreciated the announcement of a ceasefire and establishment of humanitarian corridors in parts of Ukraine, including Sumy.

According to the PMO, Putin briefed Modi on the status of negotiations between the Ukrainian and Russian teams. The Prime Minister “welcomed the ongoing negotiations between Russia and Ukraine and expressed hope that they would lead to cessation of the conflict. He suggested that a direct conversation between President Putin and President Zelenskyy may greatly assist the ongoing peace efforts,” the PMO said.

This was in continuation of the last phone conversation in which Modi had expressed willingness to participate in a peace process.

Modi “appreciated the continuing direct dialogue between Russia and Ukraine.” He also thanked the Ukrainian President for “the help extended by the Government of Ukraine in evacuation of Indian nationals from Ukraine.”

He sought continued support from Ukraine in ongoing efforts for evacuation of Indian nationals from Sumy.

The PMO said Zelenskyy briefed the Prime Minister in detail about the conflict situation and the ongoing negotiations between Ukraine and Russia. 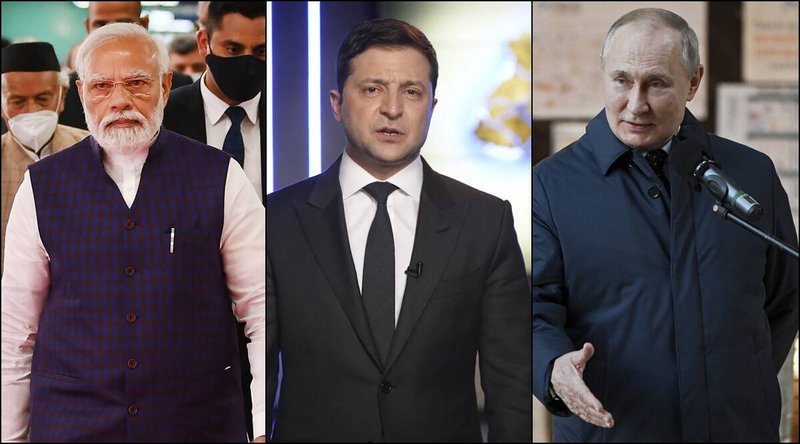 “Prime Minister expressed deep concern about the ongoing conflict and resultant humanitarian crisis. Prime Minister reiterated his call for immediate cessation of violence and noted that India has always stood for peaceful resolution of issues and direct dialogue between the two parties.”

He thanked the Ukrainian authorities for their facilitation in evacuating more than 20,000 Indian citizens from Ukraine. “He expressed deep concern for the safety and security of Indian students still remaining in Ukraine and emphasized the need for their quick and safe evacuation.”

Those who are stuck in Sumy face a difficult situation — the border to the east is 60 km away, but it is not safe for them to venture out of their shelters until the guns fall silent at least for some time.

Given the situation, the Indian government has asked students in Sumy to stay put — it is the safest choice even if they have to do with limited food and water and no heating.

Some 22,000 Indians have come out of Ukraine since the last week of January; over 17,100 of them have been evacuated on flights organised by the government under Operation Ganga. Partha Satpathy, India’s ambassador to Ukraine, in a Twitter post, said the government would leave “no stone unturned” to ensure the safe evacuation of students from Sumy.

Under Operation Ganga, so far 83 flights have brought over 17,100 Indians back to India. In the last 24 hours, 7 flights returned with over 1250 people. The MEA Control Room, as well as control centres operated by Indian embassies, continue to operate on a 24×7 basis. The MEA Control Room has attended 12,582 calls and 9,131 emails until the afternoon of March 7, officials said.

Beijing Grapples With 'Zero-COVID' Unrest By Agencies 10 hours, 30 minutes ago