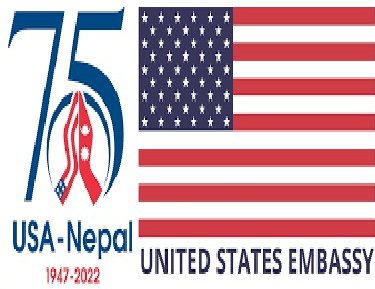 Americans know Nepal is as the people who make laudable advances in medicine and science, reach nearly impossible heights as mountaineers, honorably and bravely serve as UN peacekeepers, and enrich the world’s heritage through a vast diversity of arts and culture.

This week reminds us that the connection between Americans and Nepalis is and has been a connection that lasts for generations.

The United States’ historic support for Nepal’s health sector reflects the powerful results of our partnership. In the 1950s, malaria afflicted nearly 25 percent of the population. The U.S. government through USAID, supported the Malaria Control Program and by 1968, malaria cases dropped from more than 2 million to 2,468 cases nationwide.

In the last two years since the beginning of the pandemic, the United States has donated nearly 3.8 million COVID-19 vaccine doses to Nepal to date, and given over $124.8 million in COVID assistance.

Separately, in February of this year, the Government of Nepal ratified the Millennium Challenge Corporation Nepal Compact. The result of this Compact will help modernize Nepal’s energy and transportation sectors, assisting more than 23 million Nepalis.

Finally, the United States admires the rich history of Nepal. The Ambassador’s Fund for Cultural Preservation helps preserve cultural heritage around the world. In nearly 20 years, this program has supported 25 cultural preservation projects in

The foundation of this multi-generational U.S. – Nepal relationship is people-to-people connections, sovereignty, and democratic values. Today, we need each other more than ever to tackle difficult issues like addressing the climate crisis and protecting democracy in the face of rising authoritarianism. We look forward to doing this together, giving us the results that this friendship has given us for generations.

Randy W. Berry is the U.S. Ambassador to Nepal. Excerpts of the Statement delivered on the 75th Anniversary of Diplomatic Relations between the United States and Nepal.