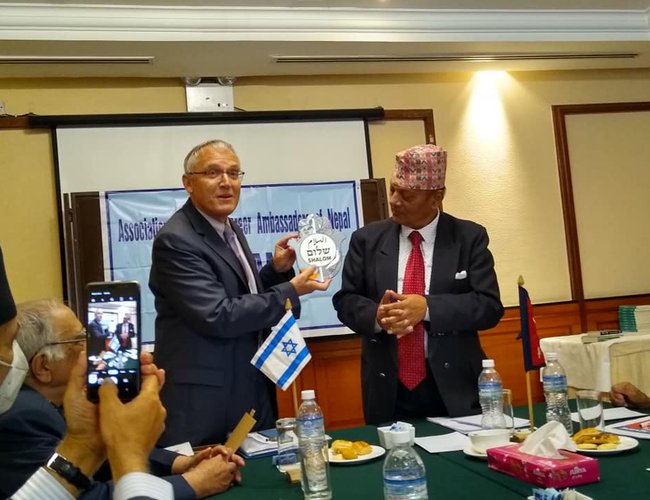 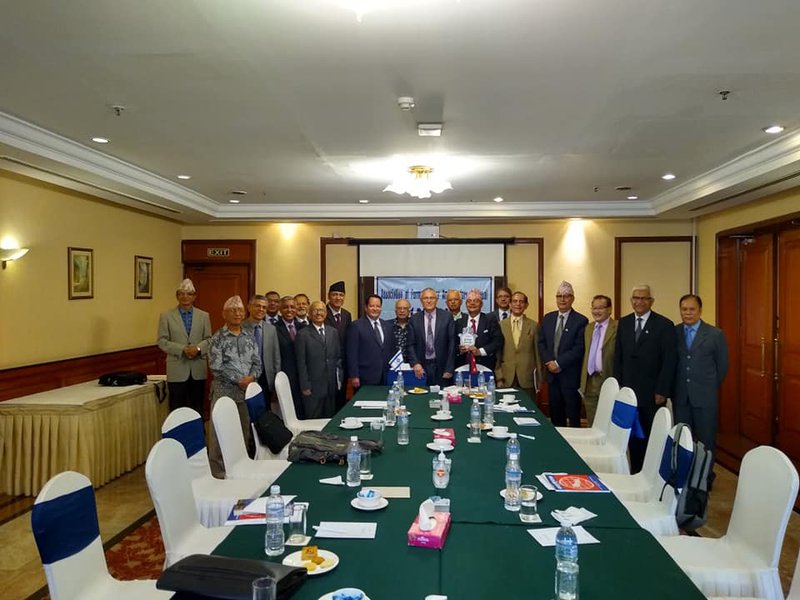 Taken as a very active diplomat playing important role in promoting bilateral relations that were started with formal establishment of diplomatic relations on June 01, 1960 the Israeli Ambassador is very familiar with Nepal. Nepal was incidentally the only country in South Asia to enjoy formal relations with Israel for the first thirty years.

Making his most elaborate, frank, forthright n candid presentations even to the extent of causing embarrassment to the hosts specially in the context of his presentations of various facts n figures including charts of Nepal's voting patterns in the United Nations, the Ambassador showed his total satisfaction at the scale of bilateral relations with a significant 'but' at Nepal's almost static attitude on many matters relating to multilateral aspects pertaining to Israel.

There were a total of 17 ambassadors present during the discussions including the most senior in the group, Ambassador Sundar Nath Bhattarai who joined the Foreign Service in 1961, the very year Ambassador Goder was born. The meeting was organized under the chairmanship of the President of the AFCAN Ambassador Dr Ram Bhakta Thakur.

Youths In Nepal Elections: From Social Media To National Platform By Sangya Dhakal 1 day, 11 hours ago

Skeleton In The Sandook By Hemant Arjyal 2 days, 10 hours ago

An Overture Filled with Confusion By Dr. K. Uprety 3 days, 16 hours ago

How Could Rising Inflation Disrupt The Nepalese Economy? By Hari Prasad Shrestha 6 days, 13 hours ago