Lt. Gen. Khadka was a man of amicable disposition and spoke with an open heart. We continued to have the best of relations for all these years. 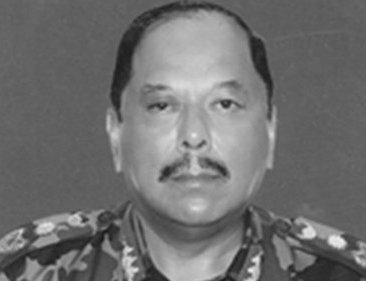 We are extremely sad to learn the tragedy. Our heartfelt condolences to the bereaved family. We knew Lt. Gen. Kul Bahadur Khadka on two grounds. First, he happened to be related to Bishnu Pratap Shah, Chief Election Commissioner, Secretary and one of the tallest administrators in our list and undoubtedly one of the best guides and inspiration for us, as Shah's daughter is married to the son of Khadka.

Second and more substantive, he was a member of the first Nepali team to negotiate defense cooperation with India including supply of hardware, training and exchange of intelligence and information with the responsibility of stewardship having been assigned to us. We laid down basic framework under which we were to bear thirty percent of the cost of such weapons with the seventy percent being borne by the Indian side. The modality agreed at that time continues to this day with small change of 40:60 ratio instead of 30:70 as negotiated earlier.

Khadka served for a brief stint as he was soon promoted to the status of Major-General and naturally made it incongruous for him to serve under a Joint Secretary. It may be appropriate to also mention that the team led by Joint Secretary (North) of India included several Major-Generals and even a Lt. General. In Nepal, Major-Generals enjoy secretary level ranks while in India, they are below the rank of a government joint secretary.

The Lt. General of India who is supposed to be above the joint secretary, told me that he had no problem to be under the command of a joint secretary since what mattered was substance and work and not protocol on such matters. This simple sentence throws light on the state of affairs of bureaucracy and its relations with other organs of the government in our country. After all, it is not the fault of the serving officers but the responsibility of the government to make things clear and workable.

To go back to Lt. Gen. Khadka, he was a man of amicable disposition and spoke with open heart. We continued to have best of relations for all these years. We are grieved that he is now no more. We wish the departed soul rest in peace.

Three Decades Of Engagement In Climate Negotiations By Batu Uprety 15 hours, 58 minutes ago