The youth participation in the recently concluded Shivapuri National Park Cleanup Campaign was highly impressive in that context. European Union, UN-Habitat and Cleanup Nepal had organized the event jointly in the framework of Europe Week 2022 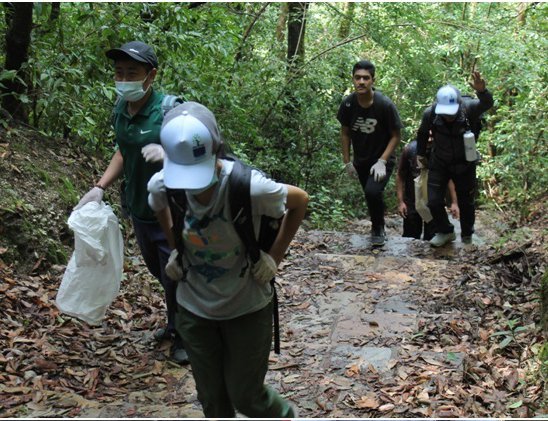 With over 40 percent of the population below 30, Nepal is one of the youngest nations in terms of demography in South Asia. Recently, the Nepalese youths are getting involved in various programs organized by several organizations. Involved in a range of activities from social work, environmental protection, human rights, violence against women, awareness raising, entrepreneurship development, and preservation of culture and heritage campaigns, youths are getting in the forefront.

The youth participation in the recently concluded Shivapuri National Park Cleanup Campaign was highly impressive in that context. European Union, UN Habitat and Cleanup Nepal had organized the event jointly in the framework of Europe Week 2022. Youths collected a large quantity of litter and waste from three hiking routes in the Shivapuri National Park. It is reported that all together, the total amount of waste collected was approximately 153 kg, comprising of 15 kg of paper boxes, 23 kg of glass bottles, 40 kg of PET bottles and 75 kg of plastic wrappers. In the campaign, the participants carried eight sacks of trash along the trails.

Nona Deprez, the European Union Ambassador to Nepal, also joined the Shivapuri Cleanup Campaign, actively collecting plastic bottles, wrappers, papers and other wastes. One hundred and thirty individuals from different organizations participated in the Shivapuri Clean-up Campaign on 14 May 2022.

We can see young faces all over the country taking part in different campaigns and functions. Similar participation of the youth was also observed this year on International Women's Day. According to UNESCO, International Women's Day is a time to celebrate progress toward gender equality and women's empowerment, as well as to critically reflect on those achievements and aspire for a larger global momentum toward gender equality.

Many organizations commemorated International Women's Day by hosting a variety of activities and events on March 8. This was also an occasion for youth to join the campaign and mission. Trave-Yeller organized a Cycling and Storytelling event with the theme: 'Imagine a gender-equal world. A world is free of bias, stereotypes, and discrimination. A world that is diverse, equitable, and inclusive. #BreakTheBias’.

The event was co-organized by the European Union, UN-Habitat, the Blue Diamond Society Nepal, Women Cycling Nepal, Yuwa, Cycle City Network Nepal, and a number of other organizations. H.E. Nona Deprez, the European Union's Ambassador to Nepal, also attended the cycle rally early morning to support and motivate the bikers, as well as to reiterate the message that "Travel Can Make A Difference" to abolish gender prejudice."I am extremely glad to join all of the vibrant ladies and men who are riding today under the banner of trave-yeller," H.E. Deprez stated. It is critical to empower girls and women, and one way to do so is via travel. #BreakTheBias”

The event began in Jawalakhel and ended at Bungamati on the Sustainable Tourism and Green Growth for Heritage Settlements of Kathmandu Valley (Parya Sampada) path, which was established by the European Union's SWITCH-Asia funded and implemented by UN-Habitat. At Bungmati, which is rich in both tangible and intangible heritages, the bikers were greeted in the traditional Newar style (tika, kokha, and dhime baaja). The riders were treated to beautiful views of hills, rivers, rice fields, and mustard fields.

Apart from riding, the event provided an opportunity for people to connect and get to know and support one other, even if they were strangers. Cyclists assisted each other by mending bikes, sharing water, giving company to slow bikers, and encouraging each other to keep moving on the steep hills and rough terrain.

The cyclists arrived at the rally's destination, Prathampur Mahavihar, in the medieval city of Bungamati, with a triumphant smile on their faces, celebrating International Women's Day. The photoshoot was another exciting event for the young bikers, as they all gathered to provide their best postures for the photographs, commemorating and celebrating Women's Day in 2022.

The most engaging aspect was the storytelling session, during which the riders shared their bike voyage experiences as well as their talents—some sang, danced, and offered jokes and poems. Many of the young people were visiting Bungamati for the first time. They stated that they were unfamiliar with Bungamati. They mistook Bungamati for a jungle with a river or some type of Natural Park. Some have stated that they have not been beyond the valley's ring road.

Surprisingly, the idea of Bungamati as an ancient Newar settlement never occurred to them. It reminded me of my earlier article (Ref. : Spotlight, Vol. 15, No. 12) on the engagement of youth to promote tourism in Bungamati, in which I discussed the tastes that excite today's youth such as traveling, trying new things, visiting beautiful and adventurous places, and gaining as much experience as possible in a short period of time. The article emphasizes that Bungamati has the ability to appeal to youth, who can help promote Bungamati as a key tourist destination, attracting more youths in the Kathmandu Valley, because youth are very active on social media, sharing pictures among peers, online reviews, online galleries, and any other type of presence regarding Bungamati.

These kinds of events are crucial to promoting Bungamati. The cycling event gave the youngsters the chance to see the beautiful and significant physical and intangible heritages of Bungamati while cycling. As a result, they may return to Bungamati to witness people's everyday lives, enjoy traditional Newari food, culture, and arts, and meet members of the Newar community. While cycling outside of the village, the youngsters do need to learn about the surroundings outside of the valley.

The overall impact of this event was beneficial. Cycling on International Women's Day helped to propagate Trave Yeller's message of using travel to transform people's lives. The event encouraged the young to mingle and encouraged them to help and care for one another despite the fact that they were strangers, as well as the prospect of using the youth as change agents to promote Bungamati to many more adolescents who had never been to Bungamati before. This was a great move for Bungamati, which will conduct many more such activities in the future to encourage more women to take up cycling and attract more adolescents to visit Bungamati. 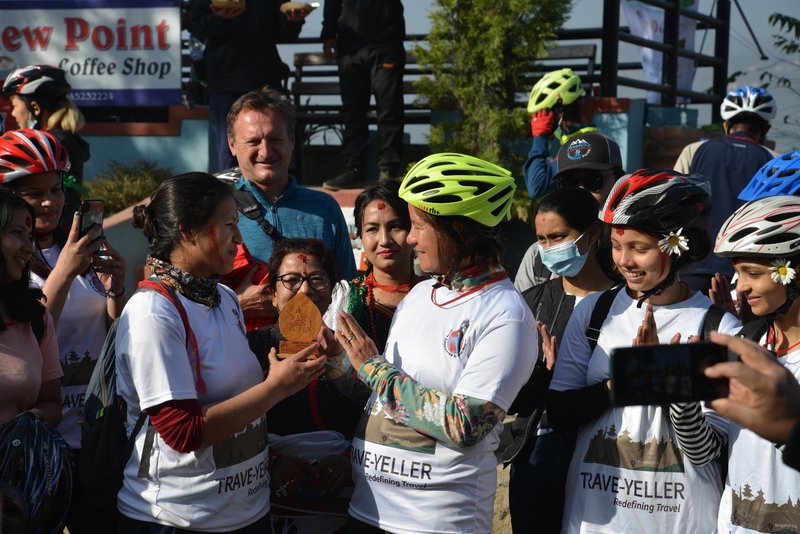 Shrestha is an intern at UN-Habitat Nepal Office

An Overture Filled with Confusion By Dr. K. Uprety 6 hours, 53 minutes ago

How Could Rising Inflation Disrupt The Nepalese Economy? By Hari Prasad Shrestha 3 days, 3 hours ago

Nepal Votes, Why The Verdict May Not Make New Delhi Very Happy By Yubaraj Ghimire 4 days, 7 hours ago

COP 27: Flagging the Impacts in the Mountains By Batu Uprety 1 week ago