Say No To Pre-Election Coalition

In Nepal, coalitions for elections or pre-election coalitions are trending in recent elections, particularly with those political parties whose political ideologies and philosophies do not match at all as they fall in the category of either 'far right' or 'far left, at least, in theory. 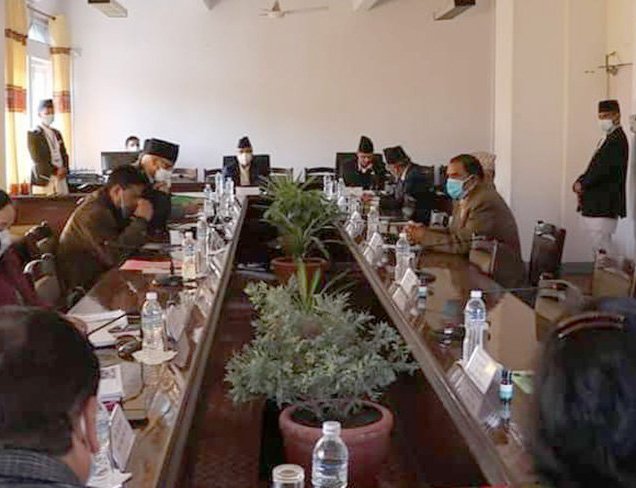 In parliamentary democracies, a single party is often unable to command a majority to support the legislature, therefore, political parties wishing to form and be part of the government to exercise executive power typically may be compelled to enter into some form of post elections coalition. Two alternatives are available for building such a coalition. The first one is a pre-election coalition and the second one is a post-election coalition. The pre-election coalition is a kind of agreement between or among parties prior to the elections with an assumption that the parties in the agreement would be able to bag a majority and become coalition partners in the forming of the government. However, an overwhelming amount of the written literature and even practice aspect of politics have often ignored this phenomenon, assuming that this is an unholy practice in democracy and against democratic ideals. The post-election coalition is highly practiced and considered a norm rather than an exception in the parliamentary democracies of the world. The former alternative—pre-election coalition, an unholy bonding—raises a number of questions including distinct ideologies of political parties as it forces people to vote for a candidate whom they do not want and think the right person based on their political party affiliation and alignment. It can further raise questions on political, philosophical and ideological similarities and differences. Even the necessity of the existence of many political parties in a country is questioned as they engage in fighting elections alike as one party with common agendas, not in wartime but in peacetime, therefore, this practice must be understood to be unholy and unhealthy for nurturing and flourishing of democracy and democratic ideals.

Ever since 2006, the politics of consensus is being made more popular in Nepal as a panacea—a mantra to depend upon to resolve any political crises, bringing warring parties into peace in wartime to cooptation for corruption. While consensus politics sounds extremely positive, Nepal had used it to bring warring parties into peace but it is rarely practiced in any existing competitive democratic systems throughout the world today, particularly when the countries have an orientation toward peace and democracy. In historical time, when the country had been engulfed by war and had been in an extremely critical socio-political context, it was the need for time to direct the country towards peace, therefore, consensual politics was a necessary approach to bring all political forces together, keeping all political ideological differences aside. But history has changed now. The country has moved towards peace from war, therefore, it is necessary for political parties to follow the path of political and ideological competition based on the parties' philosophies and ideologies they align. Because, for democracy to be vibrant and flourish, ideological differences and policy-wise competitions between political parties are fundamental, which empower citizens and this empowerment is realized through a variety of liberal and competitive political institutions. And this can only be realized through free, fair and periodic elections in which citizens can participate as voters and as candidates; candidates know what political philosophy and ideology they are promoting to contest elections and what newer policies they are going to introduce guided by their political philosophy and ideology, and voters are clear that why they are voting and who they are going to vote for.

Youths In Nepal Elections: From Social Media To National Platform By Sangya Dhakal 1 day, 3 hours ago

Skeleton In The Sandook By Hemant Arjyal 2 days, 2 hours ago

An Overture Filled with Confusion By Dr. K. Uprety 3 days, 8 hours ago

How Could Rising Inflation Disrupt The Nepalese Economy? By Hari Prasad Shrestha 6 days, 5 hours ago