Despite this glorious history the 2022 Henley passport index places Nepal 105th out of 111, same as Palestine, which is yet to gain statehood, and below Haiti, Sudan, Congo and just above Somalia, Yemen, Syria, and Afghanistan, either failing or failed states. 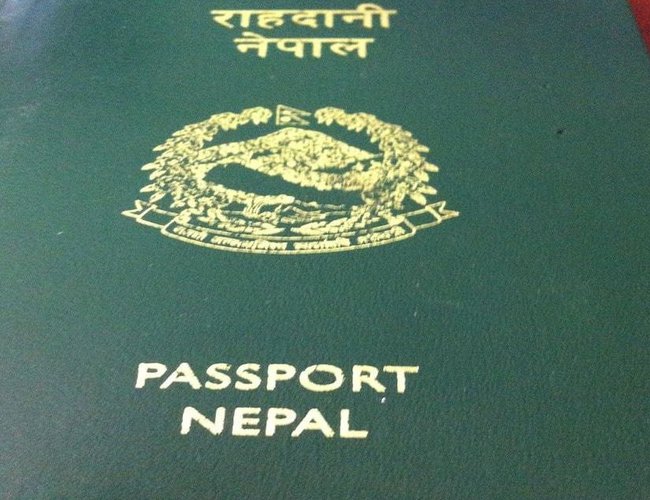 “In the past when a Nepali travelled abroad only a few knew about Nepal. But those who knew looked upon Nepalis with interest and respect, as citizens of the land of the Buddha, Everest and Gorkhas. At major international airports Nepali passport holder received greetings and quick clearance. I wish that was the case today”. Continuity and Change in FP the Independent, 18 December 1991

Nepal is one of the oldest independent nation-states of the world, older than the United States of America. Six years ago, Nepal and Britan celebrated 200 years of diplomatic relations. Despite this glorious history the 2022 Henley passport index places Nepal 105th out of 111, same as Palestine, which is yet to gain statehood, and below Haiti, Sudan, Congo and just above Somalia, Yemen, Syria, and Afghanistan, either failing or failed states. Is this a happy commentary on Nepal’s international relations (IR), foreign policy (FP), and diplomacy? This article will examine Nepal’s Domestic Politics-Foreign Policy interface and National Power-Interest Paradigm to see the role of IR/FP/diplomacy in Nepal’s internal politics and together how they have affected national power and international prestige so vital for any nation to survive and thrive

Long Journey: Accelerating lately, decline of Nepal’s national power and international prestige however started long ago. Despite huge sacrifice of Nepalis in the two world wars in favour of the victorious powers and Nepal’s sovereign status registered with the League of Nations in 1929, Nepal was however unjustly excluded from the initial list of signatories of the founding of the United Nations in 1945. Closer scrutiny also refutes the claim of diplomatic glory prior to the restoration of democracy in 1990 and democratic republic later.

Changing Dimensions of FP: After a long period of isolation and lean on one side, active internationalism reflected Nepal’s struggle for survival in a region and the world starting to change. The 1950 Treaty of Peace and Friendship with independent India came after Chinese intervention in Tibet. Diplomatic ties with China in1955 leading to the Signing of the Treaty of Peace and Friendship in 1960 and the Border Treaty in 1961 signaled the search for a balanced relations in the immediate neighborhood. King Birendra declared Nepal a Zone of Peace (ZOP) in 1975 reflecting the desire not to get drawn into great power rivalry.

Establishment of relations with the US and all permanent members of the UN Security Council, 1967-68 and 88-89 UNSC membership, active role in Non-aligned movement, initiative for the establishment of SAARC in 1985 and hosting its headquarter in Kathmandu, were all meant to enhance national power by diplomacy. But how have they helped Nepal’s changing domestic politics and geo-political imperatives, national power in relations to the two immediate neighbours and internationally and ultimately served Nepal’s national interests?

Balance sheet: On the bright side, Nepal has so far survived as a sovereign nation and remains active in many regional and global forums, including admirable role in UN peacekeeping. But the overall picture of FP contributing to political stability and policy independence, socio-economic transformation and national power enhancement serving the supreme national interest, is not so rosy as some delude themselves to.

Domestic Politics-FP interface: Starting from the early days of active FP, friendship with Israel may reflect BP’s personal sympathy for the Jews for the injustices they suffered in World War II. But his political and FP interest in befriending Israel as a way of seeking the support of the increasingly powerful United States to Nepal’s nascent democratic experiment, his own role as its champion and all of it serving the national interest in the emerging regional and global context could not be discarded. In initiating, continuing, and expanding active internationalism, nationalists like Mahendra and Birendra too must have had national independence as well as survival of monarchy and the Panchayat rule, they introduced, upper most in mind. Did they work?

National Power-Interest paradigm: FP and defense-diplomacy are known as application of national power for the protection and promotion of national interests. Despite its relatively small size between China and India, historically Nepal was a powerful player in the Trans-Himalayas, lending military support, significantly expanding territory and gaining it back with diplomacy what was lost in war. What has happened to that national power over time?

For the small and weak diplomacy is the tool of statecraft for enhancing national power. But here too, historically unresolved border issue with India has now reached a serious stage with the close neighbour refusing to come to the negotiating table and ignoring the EPG Report. Relation with norther neighbour China described as “problems free” is now open for controversy with ideological underpinnings, reports of border problems and supply situations. Controversy surrounding US Millennium Challenge Compact (MCA) and now State Partnership Program (SPP), Europe’s perceived meddling in Constitution making and with 200 years of diplomatic relations UK stopping to issue visa for Nepalis from its Kathmandu embassy show Nepal’s FP in flux. So, in both Domestic Politics-FP interface and power-interest paradigm, still ongoing political transition, diminished power indices and relations with all major actors active in Nepal make Nepal “overexposed” to external pressure without either strong national power or effective diplomacy.

Need for a serious re-visit: What are the factors responsible for Nepal’s growing unfavorable domestic politics-FP interface and worsening national power-interest paradigm? Even more significantly, with diminished national power indices across all parameters, military capability, economic relationships, diplomatic and cultural influence, and internal ideological polarization with main parties unable to forge national consensus even on issues of vital national interests, how will Nepal, in one of the global epicenters, respond to serious challenges from within or outside?

No doubt some individuals have had outstanding careers in Nepal’s FP/diplomacy, securing lucrative positions for themselves, some repeatedly. It may also be true that under some outstanding individuals some institutions may have served Nepal’s national interest well. Despite that, why is Nepal’s internal politics facing a seemingly never-ending transition and instability, few years of democratic experiment, 30 years of Panchayat with active Hindu monarchy, some years of multiparty democracy with constitutional monarchy, then a decade long Maoist insurgency and now a little over a decade of secular federal democratic republic? In the process why has Nepal’s national power and international prestige declined so much?

Strength of Nepali passport is only one among many variables showing where we stand in international prestige and national power. A serious revisit of Nepal’s domestic politics-FP interface and the conduct of diplomacy is essential for changing the deteriorating national power-interest paradigm and improve Nepal’s international image. This is what I was trying to convey when I wrote the lines quoted in the beginning soon after the political changes of 1990. Those lines were based on the treatment I and a senior friend received while transiting an Asian airport frequented by Nepalis those days. After democracy and now republic instead of strengthening why is Nepali passport getting even weaker? Obviously, “in the absence of people to lead it well a better system does not lead to a better society”.

Scholar-diplomat Shambhu Ram Simkhada teaches and writes on transformative International Relations. His Book Nepal India China Relations in the 21st Century has been reviewed as “Daring, Delightful and Transformative”. His latest book Triumph and Trauma of Transition on Nepal’s ongoing political transition has also been described as ‘powerful, provocative and captivating window into Democracy, Diplomacy and Peace Building in Nepal”.

How Prepared Is Nepal For Future Disasters? By Dr. Dhruba Gautam 21 hours, 30 minutes ago

The Informal Sector In Nepal: Myth And Reality By Shanker Man Singh 2 days, 22 hours ago

Is Combating Viruses With Vaccine Inequity Possible? By Radha Paudel 5 days, 23 hours ago