Elderly Abuses And Challenges Of The Day

Both elderly and their subsequent successor need to rethink a permanent resolution to manage the growing irresponsibility into a permanent solution. It is not to attribute any one of elderly abuses rather respect each other then enjoy each other's company 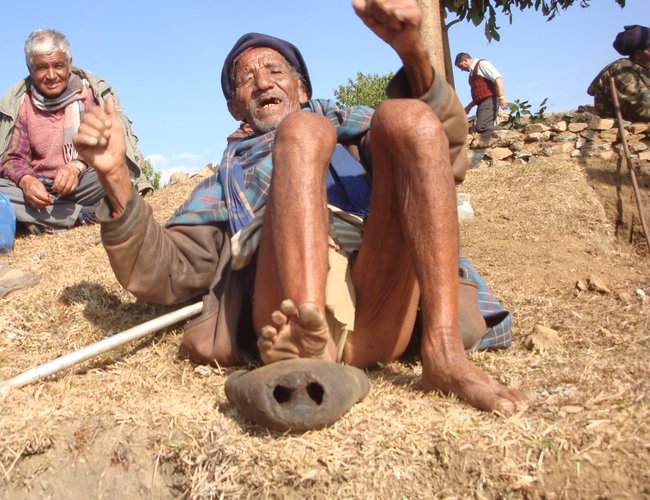 Senior citizens are the treasure of the country but they are found discrete or discarded at the age of 60s. The retired age of the employee is mostly 60 years in practice across the globe; however, the life expectancy is growing beyond that. Therefore, the state has to rethink the retired age in variance to the nature of job and capacity of the ageing people. Today the world has been much affected by the science and information technology(IT). It has both impacts positive and negative in the life of human being. Senior citizen claim that they can contribute a lot support to the state and society with their long empirical ideas and experiences in different capacity and areas, on the other side, the young generation feels burdeneous of ageing people to look after them and like to stay single family life sans discharging the responsibility and accountability to their parents forgetting the path is same in the social phenomena. Both elderly and their subsequent successor need to rethink a permanent resolution to manage the growing irresponsibility into a permanent solution. It is not to attribute any one of elderly abuses rather respect each other then enjoy each other's company.

Elderly Abuses: Although there is no unanimous connotation of elderly abuses, INPEA and WHO defines as "a single or repeated act or lack of appropriate action occurring within any relationship where there is an expectation of trust which cause harm or distress to an older person." It is an act of negligence of the family and society on (a) senior person of the establishment. Negative feelings of them prevail as useless or no service person rather a burden of family and society. Some argue elderly abuse is an intentions act, or failure to act … that causes or creates a risk of harm to an elderly. In oriental society there are lots of self felt ageing phobia post 50s (years). Nepal government acknowledges elderly people at 60s. Now starts the elderly abuses when retired employees sit at home and begins to recall his/her memories and repetitions sans innovation or new experiences. Here comes the role of abusers, the elderly and the family plus society. The elderly should careful oneself own limitations and friendly with his/her family and society. The second one is imperative to be accountable to notion and desires or intentions of the elderly of the home. Both cannot be attributed or vice-versa in the family/the society. Be ideal and kind as ideal human being.

Elderly feels physical abuses, emotional sometimes sexual, financial possession or material exploitation, neglected, abandonment and self neglect. These are the fundamentals or types of elderly abuses. The best measure to avoid such abuses is compromise, tolerance and keeps harmony in between and among the stakeholders of the family, community, society and local governance. The Constitution of Nepal 2072 has stipulated as fundamental right of senior citizen in its article-41 and enacted act (2063) along its law (2065) that have provided some social security measures such as ageing allowance, health and transportation facilities. However, the enforcement status of the act and laws are found very weak.

What consequences of elderly abuse do take place in a person and society?

A study carried by gerontologist HN Chalise reveals a dozen cases or results with the elderly ones. They may fall depression, anxiety, injury, pain, falls, suicidal thought, post traumatic stress, low QOL, psychological problems nursing home, hospitalization, 300% highest risk of death, etc (2017; 3:024). It means elderly abuse is injustice. It hurts the respected senior of a family and a good social contributor. Modernization and intervention of information technology have intensified the elderly suffer across the globe. The degree of case of prevalence of elderly abuse varies continent to countries, location and ethnic/caste basic. WHO reports globally one in six (15.7%) elderly suffer (2018). It is higher in developing countries compared to less than 10 % in western countries. The case of Nepal is about 14% par to global (15.7%) status. Youth outmigrate and unifamily system have additional impact in Nepalese society. Studies reveals the more vulnerable elderly abuses are weaker section of the society. Mostly women, higher age, illiterate, widow/widower, no income or lower income, health problem and habit of alcohol and tobacco consumption. These sections of the people need proper treatment with high level awareness program.

Now a day's some indigenous or civil societies are found involved in mitigating or soothing out the elderly abuses at Briddhaashramsand daycare centers. The role of local governments (Palikas) is imperative to settle this problem at ward level. The judicial committee (nyaik samiti) has to come up with condusive solution to manage the elderly abuses. To minimize the abuses the Nepalese constitution 2015 has provisioned the right of senior citizen in the article-41. The state provides social security allowance Rs.4000 per month. The senior citizen act-2063 provisions different facilities such as health and transportation discounts. The local level governments have introduced varieties incentives and prizes to the family and individuals who look after and treat the best for older. Every June 15 Worlds Elder Abuse Day awareness day is celebrated for building strong support for elders. However, there is a lack of effective criminal penalties system for the abusers. In spite of that the oriental social culture pressures the abusers. The senior citizens are regarded obedience, respected and wise people in the family and society. Five elderly wise, respected senior person used to be the local panchas who used to settle local, family disputes and manage local development activities as panchali or panchayat raj as in the local governance. With the growing westernalization and youth out migration Nepalese society is caught into elder abuses. The stakeholders, basically family, society and state i.e. the local level ward government can play vital role to minimize the risk of elderly abuses. Under the provision of fundamental right article- 41 of the constitution the local level government can enact basic law and regulation and penalize the abusers/ criminals. The enforcement of act, rules and regulations has to put in effective. The family members are more responsible to manage the causes of elder abuses. Currently a bill of such issue has been passed in the parliament. 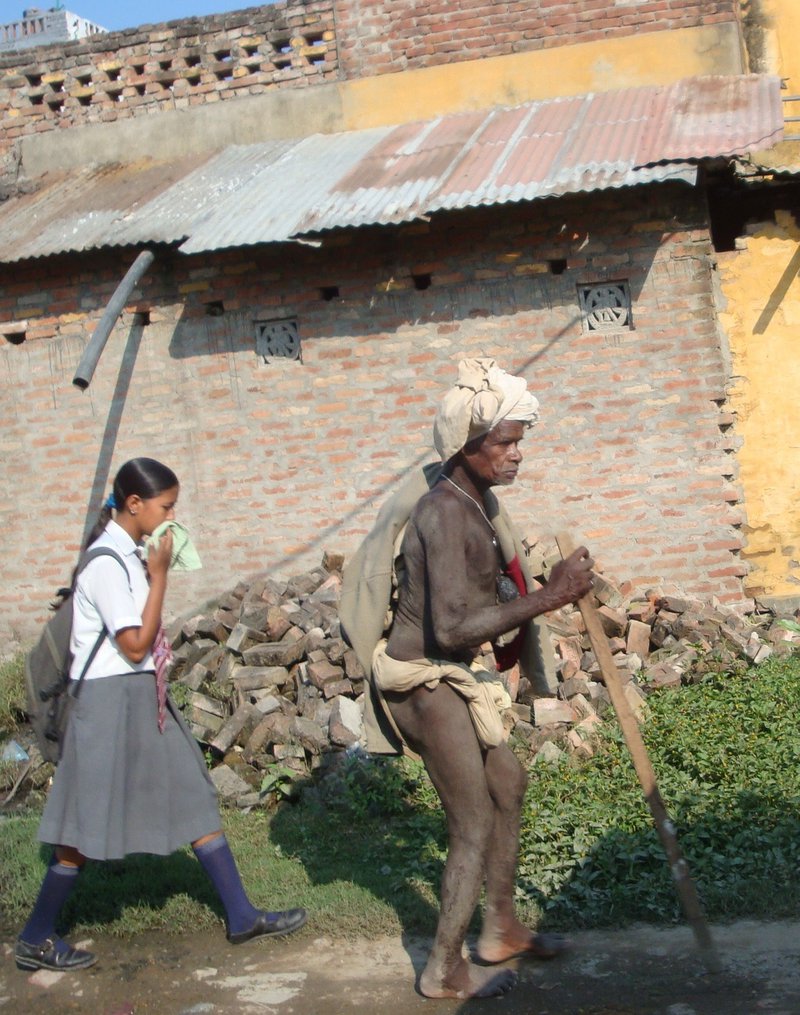 Studies have identified that in almost 60% of elder abuse and neglect incidents, the perpetrator is family members among them two third of perpetrators are adult children and spouses and 9 out of 10 elder abusers are relatives. The case mostly happens at home (Chalise 2022).

The concern stakeholders of senior citizen world have upper hands to manage the elderly abuse. Plus, the elder himself/herself has to figure out his/her responsibility and the rest life strategy how to spend a descent life. The family is responsible to learn not to repeat the same fate case in days ahead. Respect the elder means respects oneself. Prevalence of elder abuses must be manage internally, i.e., within the family and locally i.e. within the ward level. Therefore, the role of stakeholders have to bring social awareness, social mobilization, enhance capacity building, bring economic improvement, encourage social participation, the family has to keep health and nutrition with basic facilities and services and participate senior person and civil society in decision making and the state has to benefit or use the long empirical experiences from the elderly communities.

By and large, elder persons are treasure of experience and knowledge. The community and the state have to use them properly. Disregard or disrespect means abuse of ethical education. The young generation can benefit a lot from them. A prosperous society and state has high morality and civilized culture that come from family civilization, community progress and prosperity of the nation. Though there are lots of challenges against the abuse of senior citizen, the solution should start from the family or relatives, community and local level governance. The elder abuse problem is local, so its solution should be sought locally. How far a person or family civilized or not can be measured from the good treatment of senior citizen. To be respected oneself respect the elders of the society. 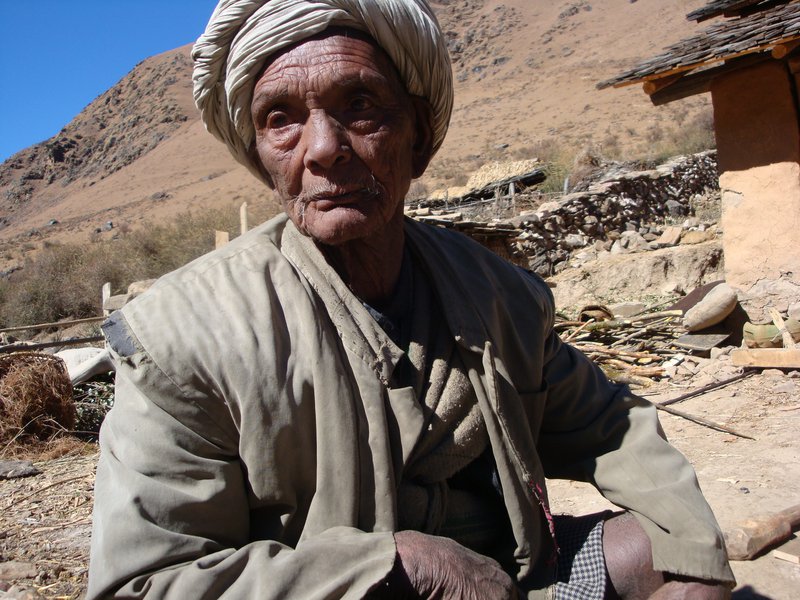 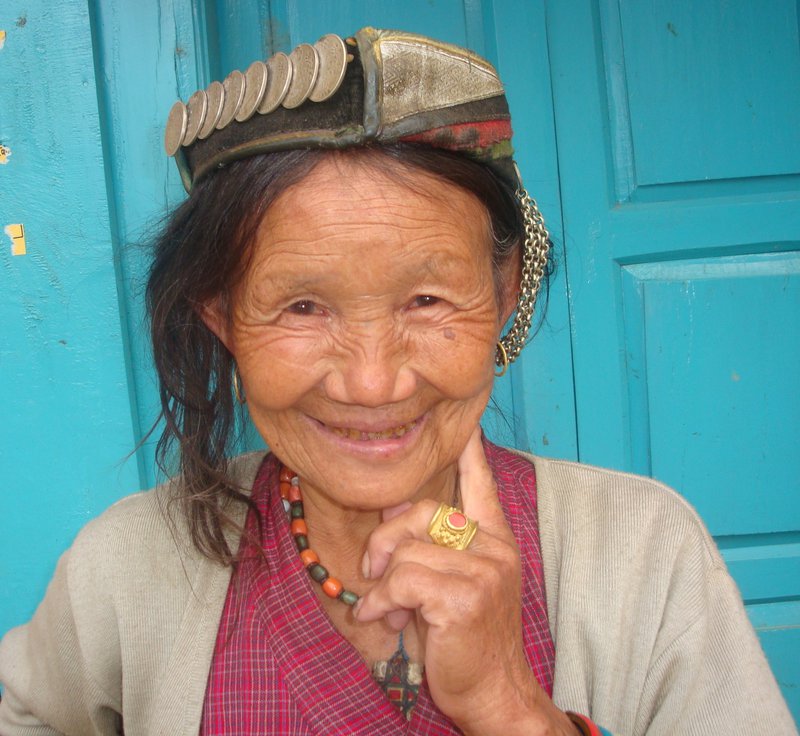 No Politics And Good Voters For (Local) Development
Jul 06, 2022

How Could Rising Inflation Disrupt The Nepalese Economy? By Hari Prasad Shrestha 2 days, 4 hours ago

Nepal Votes, Why The Verdict May Not Make New Delhi Very Happy By Yubaraj Ghimire 3 days, 8 hours ago

COP 27: Flagging the Impacts in the Mountains By Batu Uprety 6 days, 1 hour ago

Upcoming Elections: Harbinger Of Change Or Stagnation Of Status Quo? By Dipak Gyawali 1 week, 5 days ago