No Politics And Good Voters For (Local) Development

One amazing event to cite here from an informal interaction with the locals is to point to ponder for politicians and political scientists. 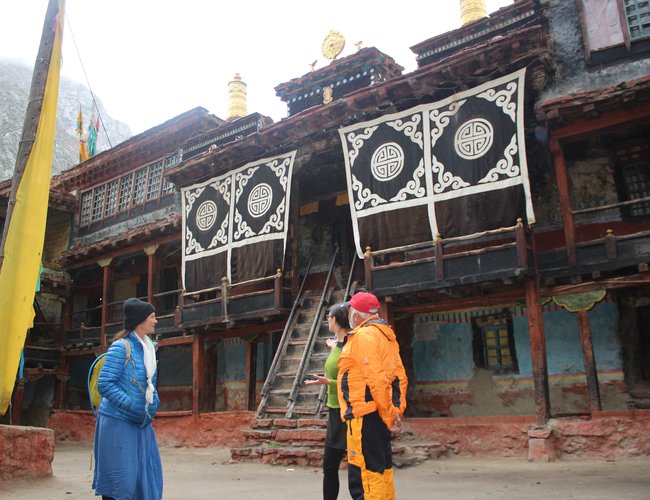 Politics for development and it is for the struggle of power is common parlance among politicians. However, for someone and somewhere People (voters) it is only for development. It is no anomaly for voters rather a discrepancy for politicians and political scientists. Most voters of the mountain region of western Nepal cast their votes probably for no politics preferably for development. The same voters cast vote for different party nominees (candidates) indiscriminately on lofty development interests as promised/commited by the candidates. It is proven fact in Humla district in the last elections, be it in local, province or in federal level representatives. The voters of Namkha-6 openly assert that they did and do so for their local development. This village was isolated till 1970s and has kept the original Tibetan culture post Cultural Revolution in Tibet. It's a query, why do they do so. Though it is not as partyless Panchayat system of the monarchical institution (1960-90), however it's politics sans politics. It's a good practice for local development.

Since panchayat period, I've closely observed parliamentary elections (Rastraiya Panchayat, Member of Parliament in multiparty system, member of constituent assembly and member of federal parliament) plus local level and province level governments. Rapansa (MPs of Rastriya Panchyat) especially from Manang, Mustang, Dolpa and Humla districts used to be elected or selected devoid of political alien to multiparty sense. It has been observed almost similar legacy or practices there post restoration of multiparty system (1990) and even today in the republic set up (2006). The reason behind this is either low level of awareness of multiparty system/politics or elections for them are for development or causes may be both. Elections for them is considered necessary evils, so why not to select the top of tops of the elections bazaar. MP Chhaka Bahadur Lama won the general election of 2017 from Humla as independent candidate. He used to represent Humla with different political hats. From the same district Jivan Bahadur Shahi, opposition leader of Karnali province, from NC candidate won the province MP. What is the mystery behind that is no secret for the Humlise/voters, especially Namkha Rural Municipality; they looked for their local development which was only possible from these two personalities who represent two big political tents (camps) of Nepal.

Humla is the northeast district of western Nepal which has only 7 rural municipalities. It is second largest district out of 77 districts of the country and covers 5655 sq. km. area bordering to Tibet to North, Mugu to east, Bajhang and Bajura to the south and west. Till date it is reachable by foot or small aircraft from Nepaljung and Surkhet. But motor road from Hilsa (Tibet border) to Simkot, DHQ, is almost opened for jeep services and likewise construction of motor road from Karnali Highway from JiteGadh Bazar, the Tila-Karnali rivers confluence, to Simkot, is almost half opened by Nepal Army and likely to complete within a couple of years. There are two motor roads opened from Tibet border Hilsa and Lapche to Simikot. Both of them are termed after MP JIvan Bahadur Shahi and MP Chhakra Lama Roads by the locals of HUmla. It is politics for development. 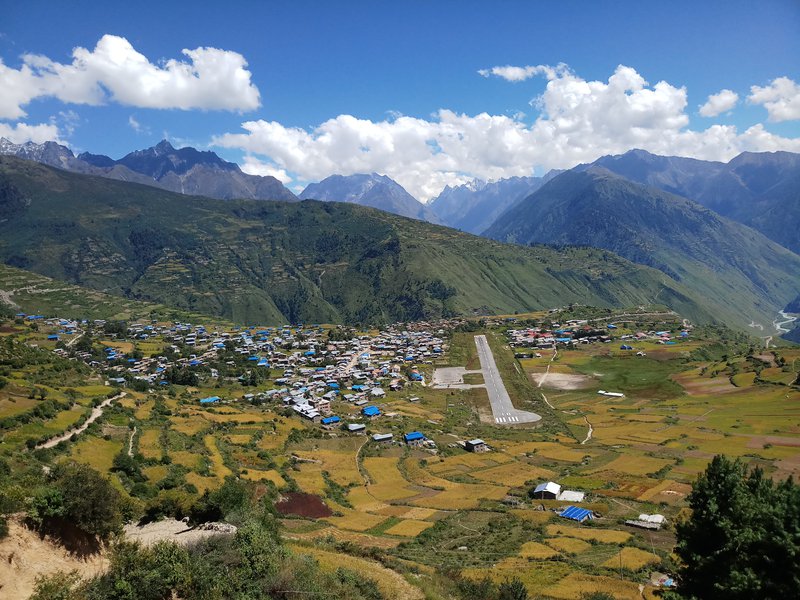 Humla is the gateway too to Kailas Mansarovar Tibet where Indian tourists on an average 12 thousand visit every year as pilgrimage from June to October. The inhabitants (50858 populations) of Humla are Buddhist Lamas (Mongolians 18%) in upper mountain and Hindus Chhetri, Bhramin, Dalit, (Aryan 82%) are found in hill and lower belt of the district. From the tourist point of view the district is very much suitable (best destination) for Limi valley (the forbidden area), the longest sacred free flow Karnali river flowing from Tibet China via Nepal to India, Changla Himal, Raling and Yalbang Gumbas, Kermi hot water spring and bucket wheat based honey, amazing Chyathara waterfall (Phune Chhahara) and Kharpunath and Shiva Mandir that compose the best tourism products. Jhang, Halji and Tila Gumbas heritage sites or LImi valley cultural practices control and regulate the political government and the governance system of upper part of Humla. All local governance systems are superseded by the Gumba system, the very original Tibetian culture of the area wiped out by the Cultural Revolution in China. In the Namkha ruler municipality one can feel as if s/he is in the medieval period of Europe or elsewhere of the globe. No local governance goes beyond the cultural and religious faith of the Limi Valley. All are united under the Gumba management and preserved original Tibetan culture. Order is order of the ward-6 chairman of rural municipality and he is equally strong and assertive to manage the local affairs of their community across the ward or the whole rural municipality. As a result the elections results turn up according to the charismatic leadership of the priest or the mukhiya or whatever portfolio of new constitution (2015) designates. The legacy of the Patriarch as that of medieval church system is somehow prevalence in the local governance. The upper mountain popular eco-system is formed in mono-cast/ethnicity, mono-culture, and mono-religion and in a single faith. Therefore, the voters of this area mostly decide to a ‘single’ candidate at the eve of elections for (single) development agenda/issue or interest.

One amazing event to cite here from an informal interaction with the locals is to point to ponder for politicians and political scientists. According to the chairman Tsiring Paljor and his members of ward-6 committee (unofficial) decided whom to cast their vote in the last elections. They came into a point (conclusion) to use general election (for federal MP) for supporting to Chhakka Lama, a popular and who has good leftist orientation and had been elected in the past and held minister post. In the last election (2017) he was not provided party ticket and contested as independent candidate for federal parliament ands won the seat. Likewise, Jivan Bahadur Shahi, former minister, from NC was given/cast votes for province MP by the same voters with similar practice. It is not irony but reality that Humli people entrust those candidates who owe for development and have linkages with strong political party. They regard their MPs (federal and province levels) and popular representatives of local level for access to minister or having good connectivity to the state power. Or elections in Upper Mountain are found used as in local benefit, i.e., electoral finance such as in Manang and Mustang. The voters of this rural municipality mostly decided to cast their vote for Chhakha who could hold high post in the federal council of minister and look after their local affairs or address their local issues and development projects and activities. 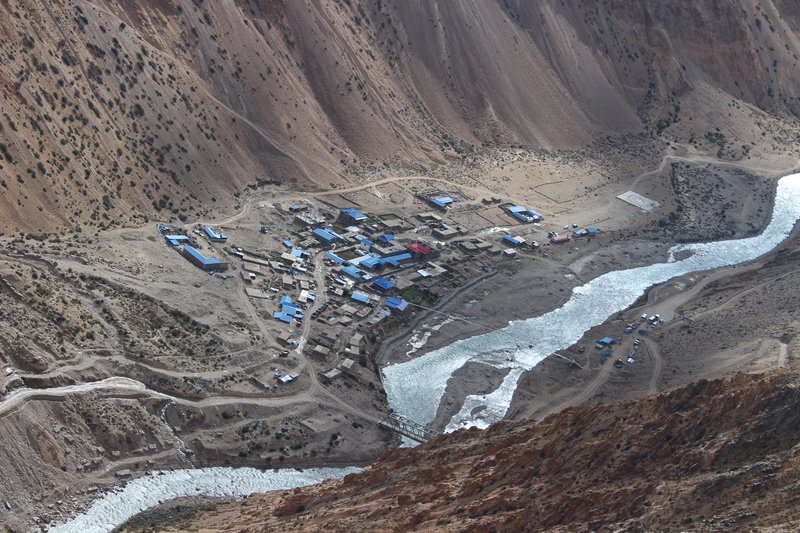 By and large, the Nepalese politics, especially in the remote and mountain areas is passing through in primitive stage. All possible practices of political systems are introduced over the last several decades in the political annals of Nepal such as century long Rana oligarchy, a decade of transitional governments post democracy 1950, multiparty system in unitary structure, 3 decades long partiless Panchayat system, constructional monarchy with parliamentary system 1991 and republic federal set up since 2015. However, Institutionalization of democratic system has yet to set up. The democratic changes and influences of it have low result in remote areas of Nepal. People or voters only know elections of any kind are choosing the one who is their best and dearest development partner or leader. Political development pace is very slow and its ecology is different in this region. Most people of Humla are good voters and quite serious for their needy concerns rather than any political system. They have their own social system which governs local affairs or state mechanism. A good voter always looks for immediate development rather than anything else.