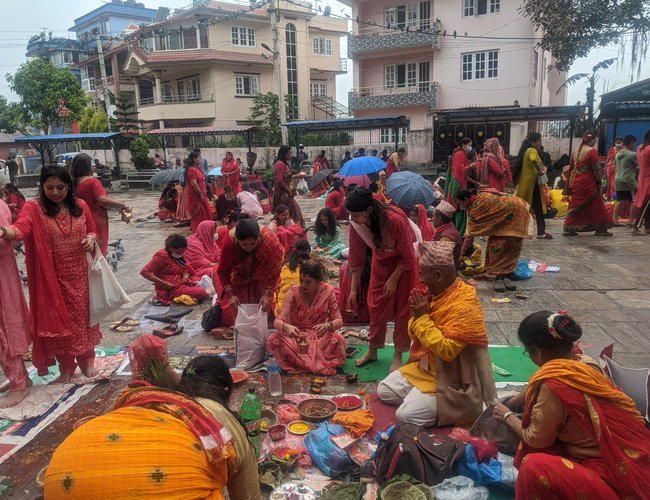 Hindu women across Nepal and India are observing the Risish Pancnami Today. Today is the official holday for Nepali women. From early morning, there are rush of women in different temples to perform the puja’s of Sapta Risishi.

Large numbers of devotees gathered at Saptarishi Temple in Teku and Koteshwor from early in the morning.

Rishi Panchami has its own importance in Hinduism . Rishi Panchami is celebrated as a festival in Hinduism. The festival of Rishipanchami is celebrated on the fifth day of Shukla Paksha in the month of Bhadrapada of the Hindu calendar. This festival takes place on the next day of Ganesh Chaturthi. This is the traditional worship of the Sapta Rishi, on this day reverence is expressed towards the Sapta Rishis. In this fast, people express their respect, gratitude and remembrance of the great deeds of those ancient sages who dedicated their lives for the welfare of the society. 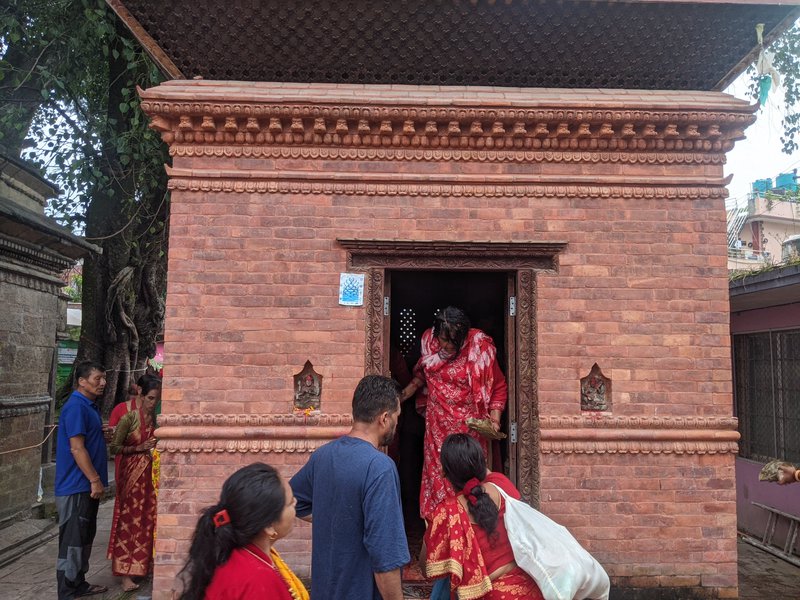 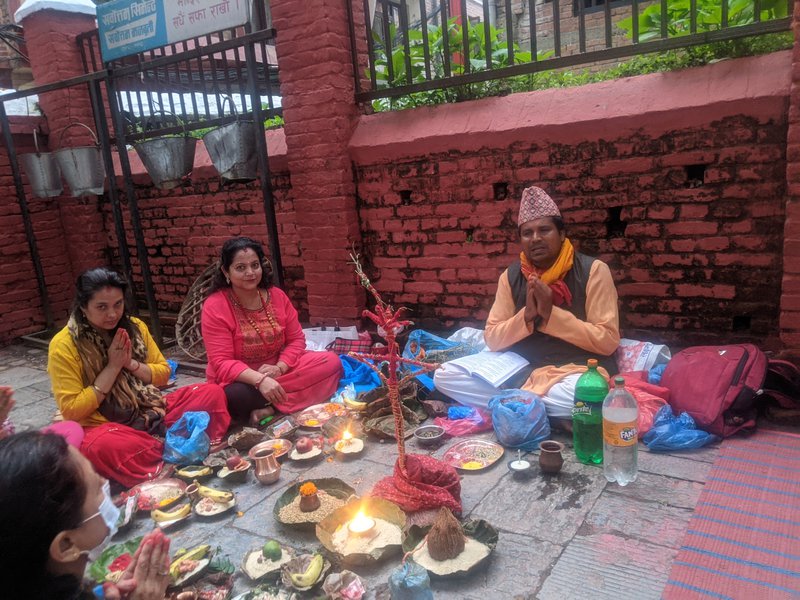 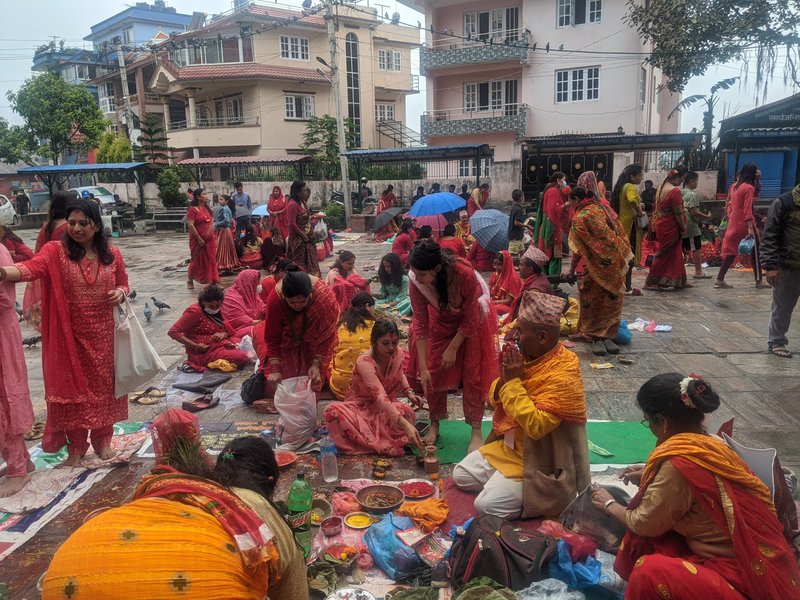 The seven sages - Kashyapa, Atri, Bharadwaja, Vishwamitra, Gautam Maharishi, Jamadagni and Vashishtha. In some parts of Kerala, this day is also celebrated as Vishwakarma Puja.

By observing a fast on the day of Rishi Panchami, one gets freedom from sins committed knowingly or unknowingly. Taking a bath in the Ganges on this day also has significance.

Knowing this fact, both men and women should do it to cleanse the sins committed inadvertently. The fasting person should bathe in the Ganges River or any other river or pond. If this is not possible, then you should take a bath by mixing Ganga water in bathing water at home. Thereafter, after making an urn filled with mud or copper water, after leaving the cow dung, make Ashtadal Kamal. Listen to the story by worshiping Sapta Rishis including Arundhati and having food to the Brahmin and eat it yourself.