During her 70 years as a monarch of the United Kingdom, Queen Elizabeth II paid state visits to Nepal twice. However, her love and affection towards Nepal remain immense. The frequent visit by royal family members of the UK at the time of difficulty was a testimony of her love for Nepal and the Nepali people. As Nepal had gone through a devastating earthquake with big suffering, Prince Harry visited Nepal to draw the attention of the global community. Connected through Gurkha over two centuries, Queen Elizabeth II takes the relations between the two independent countries to a new height. As Queen Elizabeth died at the age of 96, Nepalese also lost a guardian and good friend 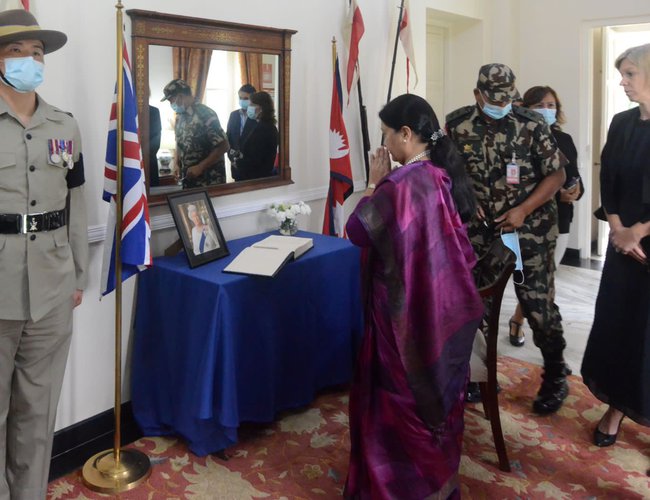 “It is with great sadness I have received the news of her passing away. Queen Elizabeth II distinguished herself with duty, honor and service. The Queen is fondly remembered in Nepal for her two important state visits in 1961 and 1986,” tweets Prime Minister Sher Bahadur Deuba expressing his deep condolence on the demise of Queen Elizabeth II.

“The grace, simplicity and respect for other cultures and humanity are the qualities for which the Nepalese people fondly remember the Queen. In her death, Nepal also lost a great admirer of the country and its people. I express deepest condolences to the Royal Family,” tweeted PM Deuba.

“We are deeply saddened by the death of British Queen Elizabeth. In this hour of mourning, we wish the entire royal family, including the British people, the strength to endure from me myself and from the citizen of Nepal,” tweets former King Gyanendra.

Nepali Congress Youth leader Udaya Shumsher Rana tweets,” deeply saddened to learn of the demise of Her Majesty Queen Elizabeth II of the UK. She was an icon of leadership & duty for the entire globe. The Queen is fondly remembered in Nepal for her two important state visits in 1961 & 1986.”

Along with prime Minister Deuba and former King Gyanendra and political leaders, people from different walks of life have posted their deep condolence and love to the Her Majesty Queen Elizabeth II using social media like Facebook and Twitter.

Tens of thousands of posts and comments are on the wall of social media used by Nepalese. Whether senior journalists Kanak Dixit, Yubaraj Ghimire, Dhruba Adhikari young journalist Parshuram Kafle, communicator Binita Shah and others, the tribute paid to Queen Elizabeth II is a testimony of how Nepalese loved her.

“In tribute to Queen Elizabeth II: During her state visit to Nepal in 1961, she stayed at Sheetal Niwas, then a royal guest house. The bedroom she stayed in was later converted into an office, from where I worked as Foreign Secretary. That was the office of Nepal’s first President,” tweets former foreign secretary Madhu Raman Acharya. 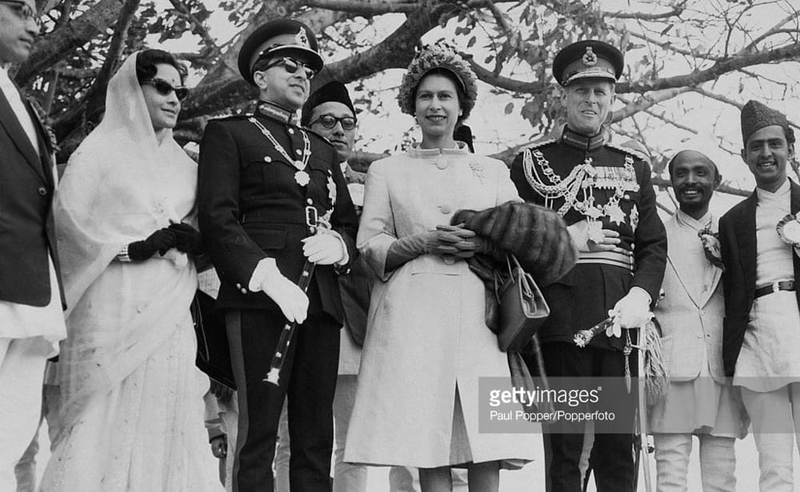 ‘She ruled for seven decades, unshakably committed to the rituals of her role amid epic social and economic change and family scandal.’ @NYTimes’ Tweeted Binita Shah, Mom, wife, communications professional, with a picture #QueenElizabeth # Nepalvisit1986.Twitter 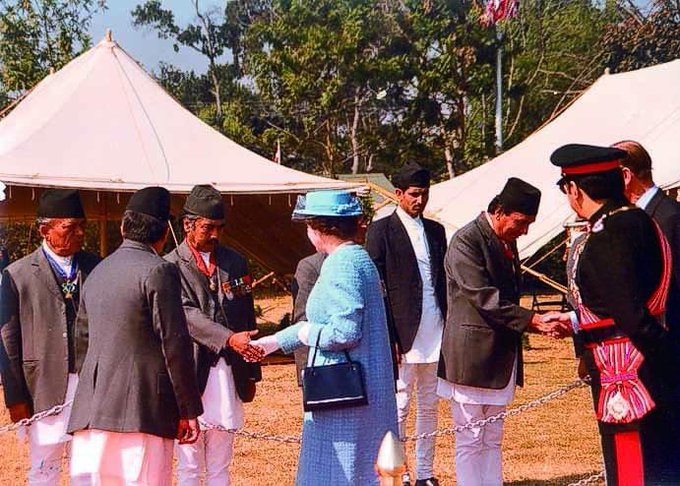 “She was an embodiment of a modern monarch & a portrait of humility With her passing an era comes to an end for the entire world May her departed soul rest in eternal peace Her Majesty Queen Elizabeth II is Dead-Long Live His Majesty King Charles III,” tweets Anil Shah, former CEO of NABIL.

“Her Majesty Queen Elizabeth II's influence in the world was immeasurable and her legacy will loom large in the pages of history. Our deepest condolences to the Royal family and the people of the United Kingdom and the Commonwealth. Our thoughts are with them in their grief,” US Ambassador to Nepal Randy Barry.

"It is my hope, when judged by future generations, our sincerity, our willingness to take lead, will stand the test of time. In tomorrow's world, we must all work together as hard as ever if we are truly to be #UnitedNations" HM The Queen Elizabeth II @UN,” tweets Ayshanie, UNDP Resident Representative for Nepal.

Although Queen Elizabeth II paid state visits to Nepal twice in 1961 February and 1986 during the period of King Mahendra and Birendra, Nepal, her love for Nepal was deep. Gorkha's factors connected her to Nepal. In a recent program, the statement delivered by the British Ambassador to Nepal showed this.

“This is a year when we celebrate not just 206 years of partnership, but a partnership cemented by a monarch, who since her Majesty’s first visit in 1961 has shared with us a love of this country. The Queen has passed on that love of Nepal to her children and grandchildren. We are proud that the Prince of Wales has twice visited Nepal and explored widely, embracing the opportunities for trekking and enjoying the wonderfully diverse nature. Princess Anne visited in 2000 and went across the country visiting many of the charities and NGOs with British links, and of course, Prince Harry’s 2016 visit is still fresh in many of your memories. – I know the Nepal Britain Society played an important part in the 200-anniversary celebrations and the success of Prince Harry’s visit,” writes Nicola Pollitt, Ambassador of the United Kingdom to Nepal in her recent statement.

Nepalese also see her as a source of inspiration. “Her Majesty Queen Elizabeth II has been an inspiration and a guiding light to the UK, Commonwealth and the whole world. She was voted the most influential person in the world this year and she has led her life with wisdom, courage, dignity, compassion and by setting a world of complicated geopolitics across the nations,” writes Pratima Pande, President of Nepal Britain Society

Queen Elizabeth died but she will be remembered here forever. The Queen herself planted a tree at the Botanical Gardens at Godavari and British Embassy planted another close by in Her Majesty’s name, as part of the Jubilee Queen’s Green Canopy project is growing as a symbol of relations between Nepal And Britain. As people around the world, Nepalese have nothing but deep admiration for her. 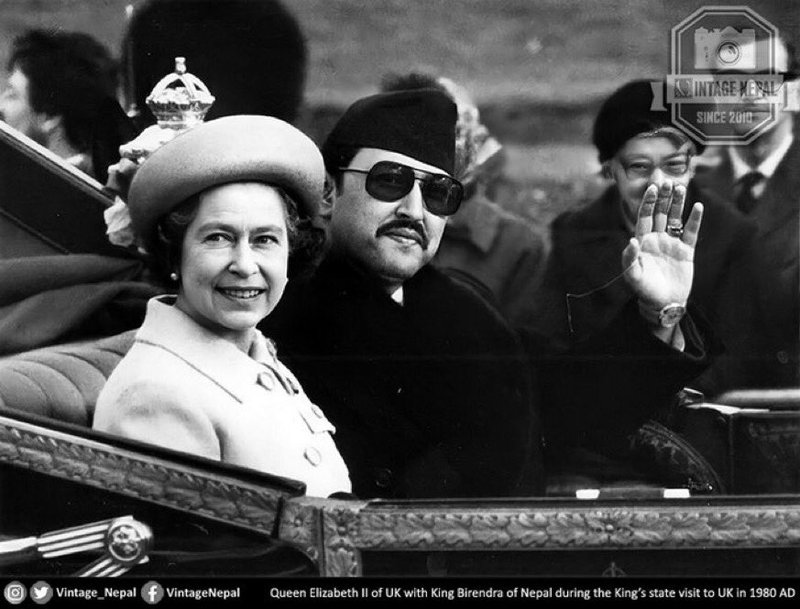 Britain's Queen Elizabeth II was born on April 21, 1926. She was the first child of the Duke of York, who later became King George VI. She ascended the throne at the age of 25 after the King died in 1952.

The Queen gave a speech on her 21st birthday when she was a princess. She pledged to devote her whole life to the service of the British and Commonwealth public.

She became the longest-reigning British monarch in 2015, surpassing Queen Victoria, who served for over 60 years until 1901. In June, Platinum Jubilee events marked Queen Elizabeth's 70 years on the throne.

The Queen was beloved as a symbol of the unity of the United Kingdom. She married Philip Mountbatten in 1947. The couple had four children, including their eldest son Prince Charles.

The Queen frequently visited Commonwealth realms to bolster relations at a time when Britain's influence on international politics was in decline after World War Two.

One after another, its colonies became independent. The Queen had close ties to Japan's Imperial family. Emperor Showa visited Britain in 1971, followed by the Queen's official trip to Japan in 1975.

The Queen actively sought to communicate with the public through Twitter and other social media as part of her efforts to make the royal family more open.

She expressed her gratitude to healthcare professionals and other workers online amid growing concerns about the coronavirus pandemic. She also called in a televised speech for the unity of people to overcome the virus.

The Queen dealt with various challenges. Popular opinion viewed her reaction as cold when former Princess Diana died in a car crash in 1997 after her divorce from Prince Charles the previous year.

The Queen also faced the announcement in 2020 by her grandson Prince Harry and his wife Meghan that they wanted to stop being senior members of the royal family.

Once against tonight, we are here to celebrate the Platinum Jubilee of Her Majesty Queen Elizabeth II to mark the 70th Anniversary of the occasion of Her Majesty’s accession to the throne on February 6th, 1952.

Her Majesty Queen Elizabeth II has been an inspiration and a guiding light to the UK, Commonwealth and the whole world. She has been voted the most influential person in the world this year and she has led her life with wisdom, courage, dignity, and compassion and by setting a world of complicated geopolitics across the nations. The world has nothing but deep admiration for her as she celebrated her 96th Birthday, in April.

EU Commission President Ursula von der Leyen said the Queen's "empathy and ability to connect with every passing generation, while remaining rooted in the tradition that truly mattered to her, was an example of true leadership".