Navratri 2022: The Day Of Skanda Mata

Navratri 2022: The Day Of Skanda Mata 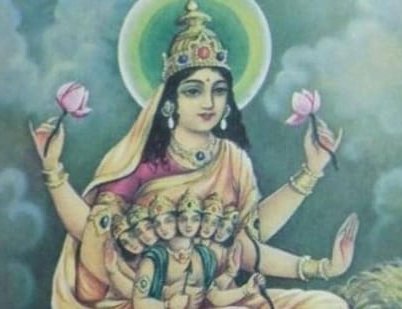 Today is the fifth day of Chaitra Navratri 2022. After worshipping Goddess Skandamata on the third day of Navratri, the devotees observe and perform Skandamata Puja on the fifth day.

On the fifth day of Navratri, Goddess Skanda Mata is worshipped by devotees. Here's all you want to know about puja vidhi, mantra and significance of this avatar of Maa Durga.

On the fifth day of Navaratri, Goddess Skandamata is worshipped to get blessings and bring fortune and luck to the devotees. She is believed to be the Goddess of love and motherhood. The beginning of Navaratri starts on October 7 and is celebrated across India with a lot of enthusiasm.

The nine forms of Goddess Durga are worshipped on the fifth day. Goddess Skandamata is worshipped as the goddess known as a symbol of motherhood. On the 9th auspicious day, devotees worship the 9 forms of Maa Durga by observing a 9 day-long fast.

Goddess Skanda Mata is worshipped on the fifth day of Navratri. An avatar of Maa Durga, Skanda Mata is the epitome of motherly love and blesses her devotees with power, prosperity and intelligence. Skanda means Lord Kartikeya and Mata means mother, which translates to mother of Lord Kartikeya. The goddess rides a lion and carries a lotus flower, bell, baby Kartikeya in her different hands while keeping one hand in Abhaya Mudra to bless her devotees.

White is considered an auspicious colour to wear on the fifth day of Navratri. It symbolises purity, peace and meditation.

According to the legend, the demon Tarakasur was blessed by Lord Brahma that he could only be killed by son of Lord Shiva. After the demon started tormenting people on earth, the gods decided to urge Lord Shiva and Devi Parvati to marry so that their child could bring an end to Tarakasur. Lord Kartikeya son of Shiva and Parvati ultimately brought an end to Tarkasur and the peace was restored on earth.

A Week Long Vivah Panchami Celebration From Today By Agencies 6 days, 8 hours ago