Growing urbanization is inevitable, but federalism is not able to promote balanced urban growth and services in the country. People are coming to the capital due to a lack of employment opportunities and quality health and education services at the province and local levels. 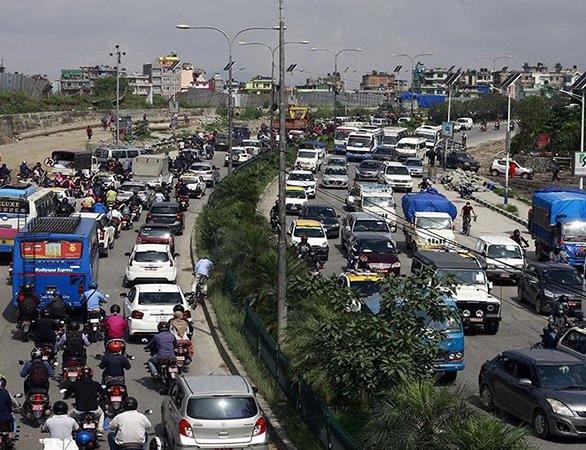 What’s the population of Kathmandu? The official figure is superficial data because nobody knows how many people are living in Kathmandu. Over 1 million have left Kathmandu to celebrate Dashain in the last 5 days and it is expected that 2 million will leave Kathmandu this Dashain, while the population of Kathmandu is 1.5 million according to the official figure. Kathmandu must have some 5 million population with one of the highest densities in the world facing the everyday problem of pollution, traffic jams, shortage of drinking water, and inflation.

The issue I wanted to raise here is not the movement of people or the improper management of urbanization. The issue here is whether the federal system of governance has been able to federalize services at the provincial and local levels. The massive number of people going to their homes for Dashain and their suffering getting the bus tickets to speak a lot – a metaphor that I have used here.

With the creation of the provincial and local governments, there was a hope that the country would promote local democracy, foster inclusive development, and improve access to basic services and opportunities at the provincial and local levels. The concentration of the people in Kathmandu is an indicator that the people must rely on the Kathmandu administration for many of the services.

Growing urbanization is inevitable, but federalism is not able to promote balanced urban growth and services in the country. People are coming to the capital due to a lack of employment opportunities and quality health and education services at the province and local levels. People are shifting their livelihood strategy from an agriculture-based economy to a service and remittance-based economy.

There are a whole lot of issues. The mindset of the political leadership and federal bureaucracy is largely outdated. In the absence of the Federal Civil Service Act, the federal government is operating as the central government leaving little power and resources for the provincial and local governments. There is a lack of clarity on intergovernmental coordination mechanisms.

The Federal Government should be efficient with a slim structure, and the provincial and local governments should be stronger in the spirit of devolved authority, downward accountability, and inclusive development. In the changed context, political restructuring should also proceed in parallel with state restructuring to make federalism work in Nepal and people can access services and opportunities in their province and local levels.

Giving justice to the metaphor I used above - Let’s Break Kathmandu-Centric Federalism!

Dr. Manandhar is an expert in international development. Currently, he is working as Country Director of Helvetas Swiss Intercooperation Nepal. He is the Former Chair of the Association of International NGOs in Nepal (AIN). He is also a visiting faculty at Kathmandu University and the Tribhuvan University Institute of Crisis Management Studies.

The opinions are of his own and not that of his employer. He can be reached at prabin.manandhar11@gmail.com

China’s Rapid Transformation And Lessons To Learn By Krishna Silwal 12 hours, 33 minutes ago