Improving Groundwater Stock, And Harvesting Rainwater In The Kathmandu Valley

The amount of groundwater in an area depends on the rainfall, geomorphology of the area, soil, and topographical characteristics. When the ground is in a natural state, part of the rainfall recharges the ground through seepage 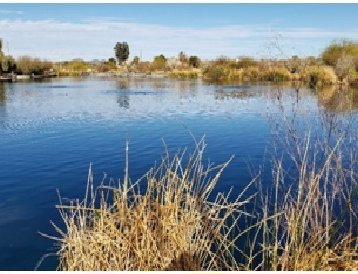 Nepal is rapidly urbanizing. The national census of 2021 shows that 66% of the country’s population lives in urban areas.

The water supply in most urban areas is deficient. For example, water from traditional natural springs and rivers, and the newly completed Melamchi Water supply Project are still not enough to meet the increasing demands of the residents. Residents, businesses, and industries have resorted to the extraction of groundwater and the purchase of bottled water to supplement their water needs.

In the process of urbanization, existing green areas are being routinely converted into impervious surfaces (hardscape) that increase surface runoff when it rains. The rainwater is not recharging the groundwater but is directly flowing into nearby natural drainage, streams, and rivers. This has resulted in the depletion of groundwater as a growing number of people now pump the water out while recharging has reduced, and the water table has further sunk. The densely settled urban areas in the Kathmandu Valley are among the urban areas that are worst hit by this phenomenon.

The amount of groundwater in an area depends on the rainfall, geomorphology of the area, soil, and topographical characteristics. When the ground is in a natural state, part of the rainfall recharges the ground through seepage. However, intense rainfall on the hardscape will flow run-off to streams and rivers and most of it will not recharge the groundwater nor is it available for domestic use. Further, any excess groundwater pumping in densely populated areas such as in the southern part of the Kathmandu Valley having black soil where water recharging is difficult through natural processes can also lead to land subsistence if the underground stock is not immediately replenished. In many developed countries, water is deep injected using mechanical forces to recharge groundwater.

Groundwaters are found both in confined and unconfined aquifers. Confined aquifers are common in areas such as those made from rocks and compact clay where the water level is saturated because impermeable materials are present above and below the groundwater surface similar to the Great Artesian Basin of Australia. Confined aquifers can recharge quickly if there are surface fissures and earthquake cracks that help the percolation of rainwater or surface recharging. In addition to the rainwater collected through building roofs, man-made retention ponds and lakes are used to recharge confined aquifers. An example of recharging ponds utilized to recharge groundwater in Arizona is shown in Picture1. 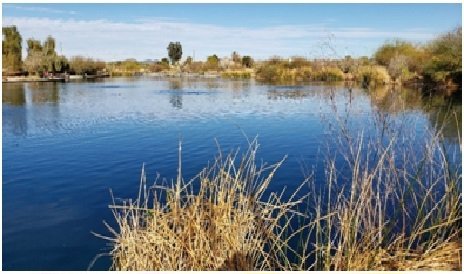 Water recharged through retention ponds are naturally filtered by the ground as they reach underground water bodies via several layers of soils. For example, retention ponds are required in all large developments in Arizona, the USA to avoid flooding of roads and public areas and also to recharge groundwater. An example of a retention pond in a residential area in Gilbert, AZ, USA is provided in Picture 2. 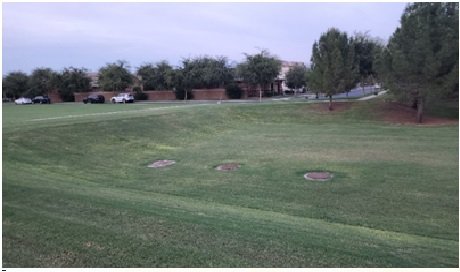 In unconfined aquifers, the water table is found in the upper areas close to the ground level, and such water tables are more directly impacted by drought and rainfall cycles. The water in the unconfined aquifer is at atmospheric pressure and the level is able to rise and fall easily. Unconfined aquifers are recharged through lateral and direct percolation of water where water flows along the surfaces through silt and sandy layers such as in the cases of river beds in the Kathmandu Valley. During heavy rainfall and flooding, unconfined aquifers can become oversaturated in areas where deep taproot vegetation are missing as in many cases taproot system remove water due to evapotranspiration.

Kathmandu has faced a shortage of water supply for a long-time. The Kathmandu Upatakya Khanepani Limited (KUKL) estimated the demand for water in Kathmandu Valley in 2020 to be around 430 million liters per day (MLD). The KUKL currently supplies up to 160 MLD from its existing resources and another 170 MLD from the recently completed Melamchi Water SupplyProject (MSWP).

The population of the Kathmandu Valley has increased from 1.11 million in 1991 to 2.99 million according to the National Census of Nepal 2021. New houses with concrete and similar materials (including metal) are being built, and roads and sidewalks are being paved with impervious materials such as concrete, asphalt, bricks, and metal. The amount of green fields, where the rainwater can recharge the groundwater, is rapidly declining.

Harvesting rainwater for drinking, irrigation, industrial uses, firefighting, construction, aquaculture, and groundwater recharge, has become a popular practice in many places. Singapore has been most successful in utilizing rainwater. For example, each month, the Changi (Singapore International) Airport alone harvests 63,500 tons of rainwater for “ﬂushing toilets and cooling the terminal buildings” and saves a significant of water-related costs.

The Kathmandu Valley receives around 1,500 mm of rainfall annually, which provides a rich possibility to harvest the rainwater for use in urban agriculture, household bathrooms and other uses. With adequate treatment, such water can also be made potable. In large developments, such as college campuses, hospitals, and offices, the water could be treated to make it potable. The rainwater can also be redirected to recharge groundwater.

Theoretically, annually the rainwater falling on a 100 square meter of roof (approx. in 3 Anas of land) in Kathmandu can collect a total of 150 cubic meters of water. However, assuming a 75% efficiency in water collection (discounting first flush, leaks, wind, low rain, etc.), such a house can collect 112.5 cubic meters of water annually through the roof. Based on the UN recommended minimum water need (50 liters/per person/day), this amount of water if collected, stored, and treated properly, can supply about 150 percent of the current level of water consumption of a household of four persons. However, only a few houses in the Valley are single-storied where one household can use all water harvested on-site. Thus, the roof of a footprint of 100 square meters cannot supply adequate water for the many families that live in multi-story buildings of similar footprints, and the water supply in such cases should be supplemented through other means.

The practice of rainwater harvesting will significantly help the water supply and consumption situation in the Valley. The water that is not collected and stored should be redirected into retention ponds and man-made ponds and lagoons to help recharge the groundwater. This practice will also help sustain underground water and reduce urban floods in Kathmandu.

The harvested rainwater can be used for several other purposes without treatment, or with simple filtration. The uses include irrigation for landscaping and agriculture, flushing toilets, and washing many household items including cars. In Arizona, USA, many municipalities encourage or require on-site rainwater harvesting for the irrigation of plants and trees. For example, in 2008, the City of Tucson, Arizona passed an ordinance requiring commercial developments to meet 50% of landscape irrigation water using on-site rainwater harvesting. MoreArizona cities are crafting and implementing regulations and guidelines to encourage water harvesting and use of the water for irrigating landscaping and urban agriculture. Many cities in the US require or advise the creation of rain gardens (which are irrigated by rainwater) for landscaping the site, and prohibit the use of potable water to irrigate landscaping except when they are being established. An example of redirecting rainwater from the roof to irrigate landscaping is provided in Picture 3. 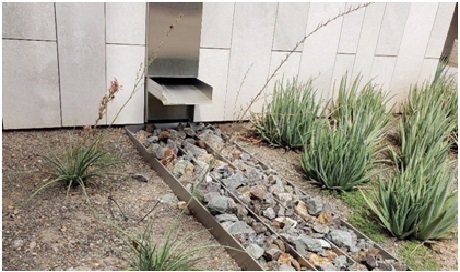 Groundwater has been a significant part of the water supply resource in the Valley. As groundwater extraction is rapidly depleting the groundwater and lowering the water table, this practice is not sustainable. The plummeting water table is also causing land subsidence and is resulting in damage to various overground structures such as buildings, bridges, and pavements. If groundwater extraction continues and no commensurate recharging is done, the water supply situation in the Kathmandu Valley will face major problems as the remaining water supply sources are not adequate to meet the demand.

Using rainwater harvesting to supplement household water use, and recharging the groundwater via retention ponds and man-made ponds, and lakes can greatly help the water supply situation in the Valley and other Nepali towns.

Keshav Bhattarai is a Professor of Geography at the University of Central Missouri, MO, USA.

China’s Rapid Transformation And Lessons To Learn By Krishna Silwal 1 day, 4 hours ago

Skeleton In The Sandook By Hemant Arjyal 4 days, 1 hour ago