Yama Panchak Or Tihar 2022: Importance And Significant In Nepal

Yama Panchak Or Tihar 2022: Importance And Significant In Nepal 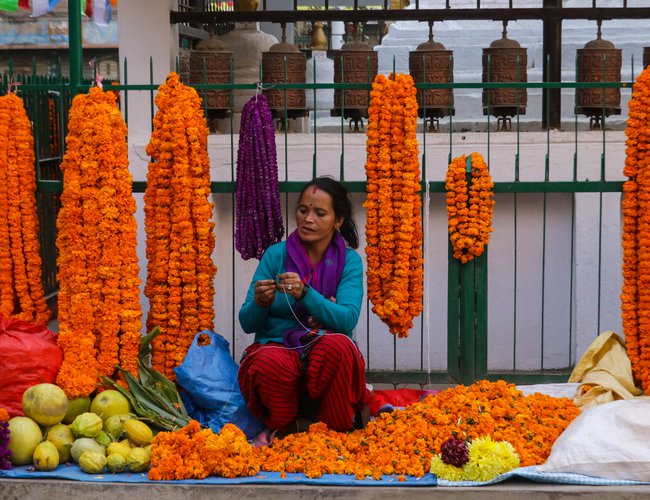 Although it is usually observes as five day, this year the four-day Yama Panchak will start tomorrow with people lighting butter lamps and worshipping Yama, the god of death. It heralds the beginning of Tihar, also called the festival of lights, and is observed by performing various rituals as per the Vedic tradition.

The third day is famous as Gai Tihar and Laxmi Puja. On this day, cows are worshipped early in the morning. The cow is regarded as the mother and Laxmi, the goddess of wealth by Hindus.

Houses are decorated with colourful lights during Tihar. There is a tradition of people going door-to-door performing traditional bhailo songs. The fourth day of the festival is Govardhan Puja when oxen are worshiped.

Similarly, the Newar community celebrate Mha Puja (worship of oneself) on November 12. The day is also the beginning of Nepal Sambat calendar.The fifth or the last day of Yama Panchak is Bhai Tika. On this day, sisters put tika on their brothers’ forehead and wish them long life and prosperity. This day is believed to strengthen the bond between brothers and sisters.

According to Panchanga Nirnayak Samitee, the auspicious time for offering and receiving Bhai Tika is 11:55 am on October 27 (Thrusday). “Bhai Tika can be offered and received throughout the day from 11:55 onward,” it info

Yampanchak is a four-day festival which coincides with the Diwali and is mainly observed in Nepal. Yama Panchak 2022 is from October 23 to October 27.

It is observed from the 12th day of the Kartik Krishna Paksha or waning phase of moon to the second day of Kartik Shukla Paksha or waxing phase of moon as per traditional Hindu calendar based on Purnima System. Yama Panchak is not only dedicated to Hindu Gods but also to animals and plants.

The first day of the festival is dedicated to crow, who is the messenger of death. This day is known as Kag Purja.

The second day of the festival is dedicated to Dog and is known as Kukur Tihar. This year, the popular Diwali day and on the day cow is worshipped. Special Lakshmi puja are also held on the day.

The third day is known as Bahar Puja. Newar community observes the New Year on the day. Govardhan Puja is also observed on the day.

The fourth day of the festival is dedicated to the relationship of brother and sister. This festival is known as Bhai Tika.

A Week Long Vivah Panchami Celebration From Today By Agencies 6 days, 9 hours ago