An Overture Filled with Confusion

Indeed, this time the equation in the electoral graph has changed drastically, with the arrival in national politics of new and seemingly energetic quadragenarians with noble objectives and action plans aiming at confronting, or replacing, the old guards. 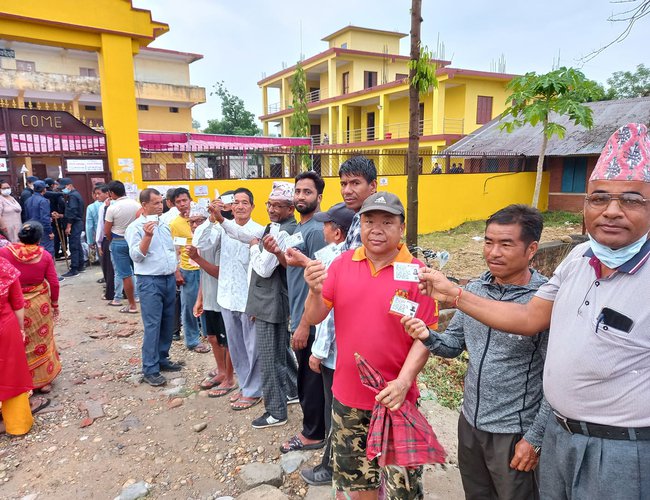 Finally, the verdict is out. The message from voters is loud. The system of governance imposed from haunts and practiced for more than two decades has failed to deliver as expected and stand erect. The little that has been achieved by the larger citizenry does not seem to be meaningful enough to justify the collateral damage that has been made to the Nation. A large segment of the voters, through their ballots, appear to have opted for an overhaul of the system. Not cosmetic only, but a change of its shaft, nuts, and bolts.

The message is also loud in saying that ignoring party loyalty, association, and length of service to favor nepotism and creed-based choices, that too in blatant breach of the constitutional spirit beyond moral and ethical standards, can be costly. The adage “united we stand, divided we fall” and the stratagem “alliance for a common cause rather than individual victory” certainly have shown contextual relevance.

In some respect, however, the message is a bit blurry too. It has not traced a clear path for players to take in the parliamentary game of numbers. The suspense looms large in the type of alliance that will be formed. The spectrum for speculation is wide enough to prognosticate whether the formation of an alliance will be based on the players’ common development agenda, ideological proximity, generational affinity, or their nexus with external puppeteers, perpetually and proactively writing the script of internal theatre they direct. The dilemma of choice posed to the cohort of leadership is similar to that which happened a few years ago, during which time the leaderships were juggling with the then-established equation to create a balance in their own favor, parallelly advancing a few leagues forward to ultimately return to the point of origin.

The blurriness of the message is also tricky. Whilst several heavy-weight leaders as well as the prodigal heirs of supreme leaders, considered invincible, were eliminated by unfamiliar faces, candidates who are still facing felony charges or fielded from state penitentiaries were ratified by the voters. It is difficult to gauge whether this is due to the voters’ political ignorance or misjudgment, or a calculated teaser of sarcasm, making a mockery of the democratic process that considers the conduct only of election as a holy imperative, regardless of the quality and integrity of the process. True, the mockery was already ostensible in the act of a number of candidates who agreed to participate in the electoral exercise governed by the same constitution which they vouched to tearing into pieces. In the midst, given the granularity of data and based on comments on social networks, many seem to be unsure as to whether the parties who were at the helm of power for such a long time need to be consoled, condoled, or congratulated. This lack of willingness to accept the electoral message leaves the door wide open for implosions within parties.

Certainly, the unseen benefit projected by the results should also not be ignored. Indeed, this time the equation in the electoral graph has changed drastically, with the arrival in national politics of new and seemingly energetic quadragenarians with noble objectives and action plans aiming at confronting, or replacing, the old guards. The hope they bestow upon the people for the revival of nationhood through the redrawing of the political mosaic is highly commendable but needs to be appreciated in its broad sense, at best. Time will tell how successfully the new faces will manage to cushion themselves against the coercion of many of those who have several decades of experience in the game of power and are experts in ruthlessly distorting fair play of politics by not-so-healthy maneuvering and manipulating. This is perhaps where the larger citizenry should stay alert to save the newcomers from unwarranted encroachments and help them become successful in their mission.

But as we know it, all that glitters is not always gold. Without any one party being able to secure a clear majority in parliament --a deliberate design feature of the constitution-- the future bears the risk of continued horse trading leading to fragile coalitions filled with a plethora of contrasting programs and plans, thus making it difficult for those who will have the reign of power to fulfill their promises and satisfy their constituents. The immediate challenge, thus, seems to be that of forming a council of ministers with a premier who secures the required support of peers to exercise effective and real power to implement government programs, and to respond, react, and rebut to a responsible opposition party which stays honest enough to meaningfully and ably scrutinize government actions.

No doubt, troubled days, in unknown form, shape, and content are still ahead, but this time with a sliver of hope for better years in sight!

The author can be reached at: Kshitiz@juno.com