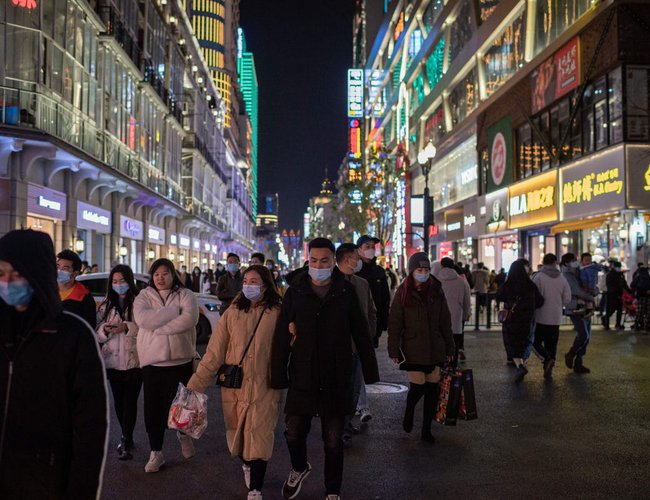 When I was a kid, I was very keen to listen to stories of bravery that my late father used to share in our home gatherings that used to take place almost every week he is at home. I really miss those days of my childhood. In 1974, My father was one of the commanders at the battlefield when the Royal Nepalese Army was mobilized to disarm the Tibetan Khampas, who had been using Nepalese soil as a base to engage in guerrilla warfare against the People's Liberation Army in the Tibetan Autonomous Region of China. The Khampas operated mainly from a base secretly established at Mustang in northwest Nepal. Later brave Nepalese army disarmed the Khampas and those who dared to flee including Khampa commander General Wangdi were killed. This was a testimony in our modern history of Nepal’s unwavering commitment to our foreign policy that Nepal will never let our land to be used against our neighbors. this was the first time the RNA had mobilized domestically in such large numbers (source: Nepal army website).

This is when I started to learn a little bit about the autonomous region of Tibet and China as a country. My father used to tell me a lot of stories about the great leadership of Chairman Mao and the rising of China. The moral of his stories used to be about how important the quality of leadership and hardworking people can be for building a nation.

New China was founded in 1949 and around the same time in 1950, the Rana rulers in Nepal were removed from power, and Nepal was also moved into a democratic system under the monarchy. Nepal and China although not comparable in size but were very poor and backward. After over 70 years today, we are still the poorest country in the world while China has become an emerging superpower.

With my father’s blessings, I was lucky enough to have an opportunity to pursue higher education in China only after 4 years of the start of the reform and open-door policy. I have witnessed the entire history of past 40 years of China’s reform and modernization with my own eyes and this policy indeed jump-started China’s transformation from a poor and underdeveloped centrally-planned economy into an economic powerhouse, increasingly driven by the market.

In this article, I would like to analyze how poor was China when it was founded 73 years ago, what are the

mysteries behind China’s rapid development and what could we possibly learn from China’s success story.

Let us look at the statistics, according to data published in the 1981 China Economic Yearbook, in 1949, Chinese population was 541.67 million with a birth rate of 3.6%, a mortality rate of 2%, and an average life expectancy of only 35 years. The comparative metrics below are self-explanatory.

9.6 kg, which was 32 times that of China; even in India, which is also a populous country, its per capita power generation and per capita steel production were 1.7 times and 12.7 times that of China, respectively. This shows how difficult the situation was when Chairman Mao took over at that time.

THE MYSTERIES BEHIND RAPID DEVELOPMENT IN CHINA

For China, it took only 70 years to rise from a backward agricultural country to the world’s largest industrial country. It took over 100 years for the United States to become industrialized and the world’s largest economy. For Japan, from the Meiji restoration to complete industrialization in the 1960s, it took almost 100 years. China provided over one billion people with free basic education and lifted one-fourth of the world’s population out of poverty in such a short time, what a miracle in human history!

Utterly amazing achievement! but many people do not understand the mysteries behind these miracles. Following are the key differentiators on China’s side that immensely contributed to this grand success.

Chinese leaders are well educated, many in technical fields, experienced in various walks of life in China and abroad and morally and ethically dedicated to the people and country. This is the reason that they could navigate the country toward prosperity. They are not obsessed with any rigid political ideology, on the contrary, Chinese leadership believes in continuous improvement of the systems as per the need of the people and time and in return, they enjoy unprecedented faith and trust of the people.

Vision and Mission in the New Era

Chinese leadership skills are usually manifested in first inspiring people to see a beautiful dream and then leading and guiding them towards the ways of realizing them unitedly.

Shared future for mankind: The idea of building a community with a shared future for mankind is precisely on the basis of inheriting and carrying forward China's traditional culture and wisdom, deepening the world's understanding of China and promoting exchanges and cooperation between various countries and China on the basis of mutual trust and benefits and continuously promote the all-round development and the common prosperity of all the people. China believes in globalization, not unilateralism.

Socialist Governance System for the Betterment of People

China’s social and political structure is different from many other developing and developed countries but in terms of people’s approval rating, it's much higher; people have full faith that “our leadership works for us and our wellbeing and prosperity.” The social governance system with Chinese characteristics of China is deeply rooted in Chinese soil and cultural values are integrated with modern political thoughts which have enormously contributed to the betterment of people’s lives.

The following are the fundamental characteristics of the Chinese governance system that transformed China to a stronger country today:

The government has fulfilled the promise that "no matter who they are, no matter how high their position, as long as they violate party discipline and state law, they will be seriously investigated and severely punished, and it is by no means an empty word” and has written a new chapter in the history of mankind's anti-corruption struggle. The overwhelming momentum of the anti-corruption struggle has been formed and consolidated.

Quality of People that Transformed China

Chinese people’s ability to inherit ancient knowledge and culture and learn advance technology from the developed world is highly commendable in socio-economic development strategies and planning.

WHAT CAN NEPAL LEARN FROM CHINA’S SUCCESS STORY?

It is pity that situated between the world’s second-largest economy China and the sixth-largest economy India, and despite numerous efforts to curb poverty, Nepal remains one of the poorest countries in the world. It disturbs so many of us that we have not been able to harness the benefits of the huge opportunities around us. Still, 25% of our population are below the poverty line, and Nepal’s export is minimal and further declining while relying on the import of everything, brain drain and migration of the labor force to foreign countries is so severe that Nepal does not even have enough workforce for domestic consumption. This shows how dire the situation is.

It’s obvious from a high-level perspective that the primary reasons behind the current backward state of Nepal are political instability, corrupt politicos and bureaucrats, poverty inducing poverty – the vicious cycle, lack of employment opportunities, lack of environment for industries and investment law, outdated agriculture, migration of youth to foreign markets, lack of good infrastructure, lack of proper tourism development, lack of investment in education and health, lack of proper planning of land, lack of consistent foreign policy and balanced relationship with the giant neighbors, lack of unity between people and lack of a sense of nation building sentiment in political parties and people and the overall bad governance, the list can go on and on.

There is no doubt that it takes years of hard work to change the current situation in Nepal if correct policies and strategies are developed by Nepalese people and parties, suitable for Nepalese soil and rigorously implemented. There is no universal political system and development model that we can import or replicate from other countries including China. Nepal is a multi-party democracy and should remain with Nepalese Characteristics. Nepal must have its approach to development and the first thing we possibly could do is unite the fragmented Nepalese people. There should be an all-party consensus on this matter and a national conference on this matter without the influence of foreign power centers could be a way forward.

As much as what we can learn from China’s experience, my observation is that we should learn things that is easily applicable in our specific contexts but not forget our roots and precious culture and civilization.

We need both systemic reform and behavioral change through a nationwide campaign. On the one hand, we need to create a conducive foreign investment climate, formulate investment laws, create efficient bureaucracy and in the other encourage the private sector to implement more and more poverty reduction projects. For defeating poverty, apart from the pro-people agenda and sincerity of the leadership, sufficient resources are also indispensable.

Chinese economy did not transform overnight and achieved the highest numbers of billionaires and poverty-free society today. If we look at what we see in daily life in China that people are very conscious of time, work, duty as well as responsibility and they know if they breach the law, then they have to face the consequences without question. At the workplace, they have to abide by the workplace rules and regulations, work ethics and code of conduct. Work is a culture in China and the performance measurement system is rigorously enforced everywhere. In return, they enjoy their salary package, benefits, social insurance, bonus, etc. after necessary tax deductions. This is so systematically done throughout China.

Freedom and democracy in China by no means is - you can do whatever you like regardless of others, freedom also means respecting others’ freedom while you exercise yours. Chinese people are very pragmatic, freedom and democracy do not mean activities like strikes and Nepal bandh or disruption of public law and order, destruction of public or other’s properties, or acts of profanity like in Nepal. For Chinese people, freedom means basically a shelter to live, food on the table, decent quality sanitation, access to affordable health, transport and education, a safe and secure living environment and showing respect to others. Chinese people feel that they not just represent an individual, but represent society and the Chinese nation as a whole so wherever they go and whatever they do they do show cultured behavior and pay attention to the image of China, and this is something we should learn while we exercise freedom and democracy back home.

Nothing is impossible in face of determination, dedication and discipline and China has proved it repeatedly, be it the gigantic task of poverty alleviation or so many technological achievements. Take the recent fight against Covid as an example, because of strong leadership that China has always adhered to the supremacy of the people and their lives, and with unparalleled courage and tenacity, China has been able to control the epidemic at the earliest, adhere to the dynamic clearance, and achieve remarkable results.

Although it was only in the early years of China’s reform and open policy when my father was never tired of telling stories of Chinese glories and that we could learn a lesson from China if we wanted to prosper. How happy would he be if he were still alive and could see his dream country China transformed to be a prosperous country so soon? If he were here today, I am sure with full of army spirit he would encourage us to fight against two cancers in our society - corruption and poverty.