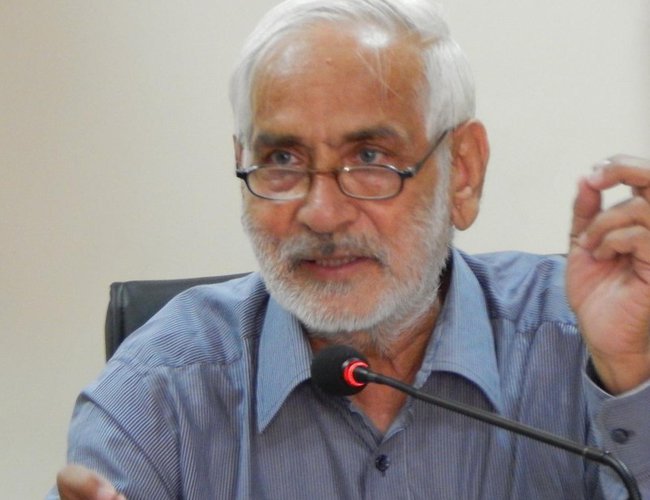 SD Muni is considered to be one of India’s foremost experts on the issue of Nepal. He taught for over 30 years at Delhi’s Jawaharlal Nehru University (JNU). He completed his Ph.D. in Nepal’s foreign policy in 1972. He has also published a number of books on Nepal.

Nepal successfully conducted national and provincial elections on Sunday. It was the second democratic election following the promulgation of its new constitution in 2015 — which provided a framework to institutionalize peace and the democratization process. Millions of voters in Nepal cast their ballot to vote for the 275-member parliament, as well as the 550 members of seven provincial assemblies through a mix of first past the post and the proportional representation system.

Around 61 percent of the people cast their votes, which is six percent less than the local elections held earlier in May this year. There has been a relatively low turnout of voters in the election.

This interview with SD Muni was conducted by the editorial board of The Mero Tribune in this regard.

Nepal successfully conducted national and provincial elections on Sunday. Around 61 percent of the people cast their votes, which is six percent less than the local elections held earlier in May this year. What may be the reason for a relatively low turnout?

The reason for a relatively low turnout may be that the people of Nepal aren’t much interested in this election. They have lost interest in political parties and their promises. Other reasons may be that people have gone out and missed the opportunity to vote.

What can be its effects on major political parties?

Rashtriya Swatantra Party is emerging as a new political force in Nepal. How do you take this?

People of Nepal have lost interest in the existing major parties, all led by the older generation in their 70s. They have no substantial agendas which people are pursuing for. Major political parties have lost their credibility. It seems that even the young leaders of the old parties are contesting only for power. So, many people sided with the Rashtriya Swatantra Party in this election due to their dissatisfaction with the bigger parties, who have failed to check corruption and instability.

In your opinion, which alliance will form the new government?

As the election results are not out completely, it’s hard to say but I think the ruling coalition will form the new government and it seems they need the support of other independent candidates or parties.

Do you think the decline of Madhes-centric forces and parties in Nepal may make India unhappy?

Madhes-centric parties are fragmented. Nepal’s election has thrown up an early surprise with the defeat of Madhesi leaders like Upendra Yadav and others who have been one of the tallest leaders of Nepal’s Terai or Madhes region. India looks at Nepal as a whole and it looks for the interest of its people rather than certain parties.

Dalit Commission Is Working In Collaboration With Local Level: DEVRAJ BISHWOKARMA By Keshab Poudel 5 months ago