Three Diverse Missions And An Argument

There are not many left who can still provide a glimpse into our early aviation days. This piece is precisely about some such events as detailed by a retired RA captain Capt. KK Shrestha,currently cruising through mid-eighties 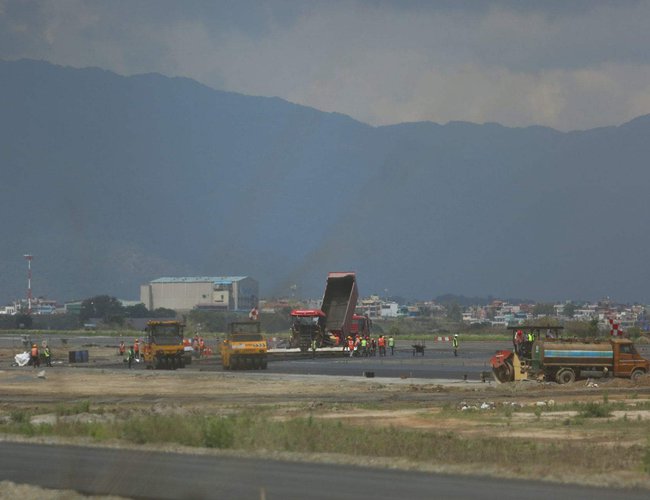 The instant reach of the social media while being good and helpful is also a fertile ground for spreading doctored/fake materials. But it is a no small work to bring out unrecorded facts before it becomes too late. Being nothing more than an “aviation geek” I follow aviation more as a passion and try to write not too often. But doing so also entails earning the ire of people within the fraternity. Sadly, some get irked, quite so often, even when plainly at fault. But I will continue to pose questions, interpret things differently, suggest extreme solutions or even have misgivings about big project etc.

That said, there must be numerous important events that are not yet fully understood or known. It will be prudent to bring out facts, if it is still possible to get them, before it becomes too late. And this is no less true in the case of Nepal aviation. There are not many left who can still provide a glimpse into our early aviation days. This piece is precisely about some such events as detailed by a retired RA captain Capt. KK Shrestha, currently cruising through mid-eighties. This piece aims to describe events related to circumstances of early years that had necessitated conducting flights even during period beyond permissible hours. Four incidents related to Nepal aviation are dealt here, with the oldest one listed last.

One cannot blame people for cursing disturbing unearthly hour aircraft noise these days. The cause of the problem lies is the lack of interest on the part of Civil Aviation Authority Nepal (CAAN) for being utterly inept in restricting noisy aircraft or to show any inclination in enforcing noise abatement procedures (NAP) as one expects of a responsible organization.

Talking about the past, Department of Civil Aviation (DCA), in collaboration with RNAC (RA) in 1977, had designed night flying procedures to let RA get more productive hours out of its B727s. And it became possible to fly under instrument flying rules (IFR)only after the installation of the first VOR/DME at Koteswor. The next step was to design the safe approach and departure procedures. As such, several daytime practice runs were made to achieve the most suitable profile. The first B727 night trial runs were successfully conducted on November 17, 1977. Imagine the hurry, RA operated its first commercial night arrival from Bangkok the very next evening. Unfortunately, the relations between RA and CAAN is more “confrontational” these days as the recent incident with hundreds of passengers made to suffer quite unnecessarily, all because of someone’s deplorable ego.

It was nothing less than sensational in 1974to sees Army’s Skyvans heading west some three hours before sunrise. As later learned, the army was in a rush to seal Col. Gey Wengdi’s escape route. While camped in Nepal, Wengdiwas running insurgency operations in Tibet with CIA’s help. He was felled at Tinkar-lipu on September 15, 1974 near about30N/81E location, less than three kilometers from the India “occupied” Nepal territory. Obviously, the flight did not come within the ambit of civil aviation rules. Nevertheless, it is an important part of littler known Nepal military aviation history now.

Sykvan was also known as a “Flying shoebox” Capt. KK seated left in a US museum DC3.

A brief background becomes necessary to help understand the Palungtar mission of November 2, 1960. Following the first parliament election the government led by BP Koirala was installed. An uprising had been ongoing in Gorkha and its surrounding since about a year and was initiated by none other than Yogi Naharainath. The Yogi was a scholar and a staunch nationalist, but also an overtly outspoken person. He even labeled the King Mahendra for being too weak and was naturally not too kind with political parties either. Taking advantage of the ongoing unrest, other small parties also started playing mischief by not just spreading rumours but carrying out not just looting, but even arson. In one rather nasty firing incident at Gorkha on October 25, 1960 (9 Kartik 2017) ten persons happened to be killed and seven injured (as quoted by Rajesh Gautam citing GB Devkota). Some eight days after the incident an aircraft was dispatched to Palungtar (known also as Gorkha airport), on the banks of Marsyangdi, to fly the injured to Kathmandu. The flight was run by a DC3 (9N-AAE) and was captained by ASPJaipal with KK Shrestha as the FO. They had clear instructions from the Royal palace to get the injured to Kathmandu “at any cost” that day. As the winter days are shorter, the sunset was at 17:04 hours local.

The pilots waited at Palungtar the whole day, not knowing when or if the injured will ever arrive from Gorkha. As it was getting late they were repeatedly asked by the ministry, unaware of the palace’s instruction, to night stop at Gorkha if unable to depart well before sun set. Interestingly, while the pilots, on their part, were telling “Gauchar” to be on the “standby”. The injured finally arrived early evening on mules with most suffering advanced stage of gangrene. Airlifting them became more of an act of mercy than abiding by the rule. The pilots decided to take-off not minding the overpowering stench that had even engulfed the cockpit. As per the logbook they departed at 17:25 and arrived Kathmandu at 17:55.

But they just asked to position two jeeps at the grassyRWY34 end, beaming into the direction of the runway. Fortunately, it was a day before the full moon and that was a big help. Both pilots were ready to face the music for disobeying, but they were not duly concerned as they safely made it, as instructed.

The last case relates to an interesting night stopping incident at Dhangadi. Captain KK is not sure about the exact date, but feels it was before the Palungtar mission. This involved two pilots namely Capt PK Mondol and Co-pilot KB Singh. The third person was a Radio officer named AK Sen. As usual, the pilots got into a light-hearted argument, as they sat drinking. It turned serious as, who, among the two, was the most daring pilot. They wanted to prove it at that instant. They took off into the night sky, not bothering about how they will ever land. What they did was illegal, undisciplined and, above all, unauthorized. They even wanted AK Sen to come along but he bluntly declined.

We do not know for how long they flew over, or if they could see anything at all. Ironically, Sen was more worried about getting them safely on the ground than two drunks flying in the dark and he was sensible enough as to know what he was required to do. He raised the alarm and got villagers nearby to help in lighting two bonfires at ends of the grassy runway. And he also had people run with a burning torch along the runway edge. This was enough to let drunks land back safely, to everyone’s relief. We do not know if the dispute between the two was settled or not.

Guilt-ridden KB Singh resigned the very next day and was never heard thereafter. AK Sen, a Bengali from Calcutta, died about a few years ago. Mondol had made great contributions to Nepal aviation and was undoubtedly a very daring pilot. He continued with RA even after the said incident. He is said to have repeated a similar prank somewhere in Borneo/Malaysia later but was lucky to survive again.

Capt Prafulla Mondol was known as Prof. Mondol and he even penned a spy fiction titled “Operation Tibet “set in Kathmandu of the early 60s. But no matter what, the Dhangadi incident marks an unrecorded event making it the first ever night flying in Nepal even if the act itself was unbecoming of good airmanship.