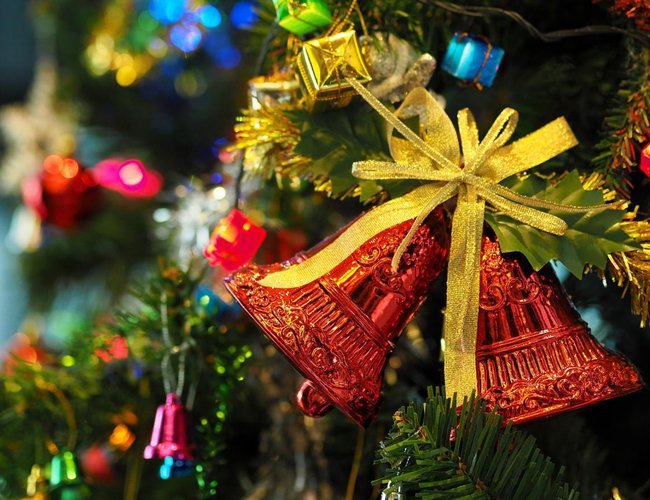 As Christians around the world are celebrating the Christmas today, Nepal is also official announced holiday to pave Nepali Christian community to celebrate the festival.

Christmas is highly important day for the Christmas. Thus, Nepali Christian communities have been celebrating across the nation in their church.

Christmas Day that falls on December 25 is an annual festival commemorating the birth of Jesus Christ. The festival is a religious and cultural celebration among the Christians.

Various programs will be organized in Kathmandu, Lalitpur, Bhaktapur and Pokhara among other areas in celebration of this festival.

Stating that such festivals further augment mutual goodwill, tolerance and solidarity among all culture and religious communities, thereby further strengthening the national unity, the Head of the State wished that may this festival inspire one and all to build a prosperous Nepal.

Furthermore, she also expressed her confidence that the festival would enhance the feeling of mutual trust, love and unity among all Nepalis.

When Is Christmas Day?

For Western Christian churches, Christmas Day always occurs on December 25, though some cultures observe the main celebration on the night prior, Christmas Eve.

Why Do We Celebrate Christmas on December 25?

Christmas Day is an annual Christian festival commemorating the birth of Jesus Christ, the Son of God.

Specifically, the meaning of Christmas comes in the remembrance and celebration of God’s presence in our world through Jesus, God-made flesh. Christmas is also extensively celebrated by non-Christians as a seasonal holiday, on which popular traditions such as gift-giving, feasting, and caroling take place.

Although the actual date of Christ’s birth is unknown, Christmas has been symbolically celebrated on the 25th of December since the 4th century.

Scholars can’t agree on exactly when Christ was born, and the exact circumstances of the beginning of Christmas as we know it remain obscure. Some chronographers of the third century reckoned December 25, around the winter solstice, was the most likely day of Christ’s birth, although other dates had been suggested, including several in spring and fall.

The oldest existing record of a feast to celebrate the birth of Christ in the western Church is in the Roman almanac called the Chronographer (or Chronography) of 354, also know as the Philocalian Calendar. This almanac noted that a festival commemorating Christ’s birth was observed by the church in Rome in the year 336.

About 350 A.D., Pope Julius I set December 25 as the date when the Church would commemorate when Jesus was born. Many historians believe that the Church stirred up interest in a festival at this time of year to counter the pagan festivals surrounding the solstice, but no historical document unequivocally explains Rome’s reasons for setting the date as December 25.

If interested in digging deeper, see this article on How December 25 Became Christmas from the Biblical Archaeology Society.

How Do We Celebrate Christmas?

Today’s rich mosaic of Christmas customs dates back through the ages from around the world. For example, the candles and lights associated with Christmas, meant to symbolize guiding beacons for the Christ child, may have evolved from the Yule log, which was lit to entice the Sun to return as part of the jol (Yule) festival in pagan Scandinavia.

How did the idea of a Christmas tree start?

Its origin is probably within winter celebrations, long before the beginning of Christianity. The practice of decorating a tree, or using plants and trees that were green year-round, was important for people in winter climates. Some cultures believed evergreens would keep witches, ghosts, evil spirits, and even illness at bay. During the Middle Ages, December 24 was celebrated as the Feast of Adam and Eve, complete with a Paradise Tree, which was a fir tree hung with red apples. Today, the practice of using decorated evergreen trees as part of the Christian celebration of Christmas is a custom begun in Germany over 400 years ago that spread rapidly throughout Northern Europe and, hence, became a tradition transplanted to the New World by European immigrants.

How did the custom of giving Christmas presents originate?

The ancient Romans gave each other gifts on the calendars (first day) of January, and the practice spread throughout the Roman Empire. Eventually, Christians moved the custom to December 25, although many Christians still give gifts on January 6, the feast of the Epiphany, commemorating the manifestation of Jesus’ divine nature to the Magi.

Two Shilas Left For Ayodhya From Janakpurdham By Agencies 6 days, 12 hours ago