Where Is Money For The Climate Loss And Damagefund?

The political leadership class are, and should, be held accountable for not taking the scientific findings seriously, especially the Intergovernmental Panel on Climate Change (IPCC)reports. 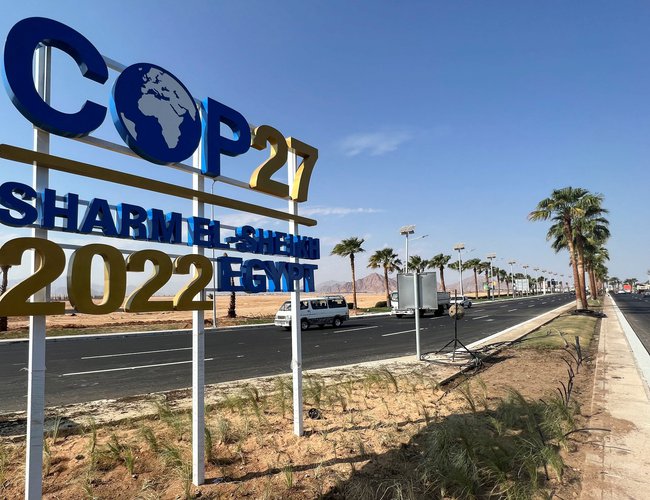 ’Show me the money’! This ispart of the dialogue from the1996 Hollywood film ’Jerry Maguire’, with a screaming scene between the actors Cuba Gooding Jr and Tom Cruise. This dialogue metaphorically illustrates well the present situation with the people demanding political action in dealing with the dangers of climate emergency and the political leadership class who fail to fulfil promisesmade over the decades. Here,the focus on theoutcome of the 27th Conference of the Parties (COP) to the 1992 UN Framework Convention on Climate Change (UNFCCC), the world leaders having reached an agreement on the Loss and DamageFund. This Fund is to be setup by the rich countries on the basis of voluntary individual contribution.COP 27 was held in Cairo, Egypt, marking 30 years of the UNFCCC. Each previous COP held every year has been branded as a ‘make or break’, but seldom delivered much needed decisions on emission reduction targets, climate finance and transfer of technology. Although the COP 27 outcome is being described as historic,no country has specified the amount of its financial commitment, e.g.,who shall pay what amountand on what basisis unclear.Therefore, ‘show me the money’ is a crucial question.

Politics plays a starring role in thisdecision making. The political decisions(or lack thereof), thus, become a subject to critical scrutiny. The political leadership class are, and should, be held accountable for not taking the scientific findings seriously, especially the Intergovernmental Panel on Climate Change (IPCC)reports. Anthropogenic greenhouse gases identified by scientists include carbon dioxide, methane, nitrous oxide, HCFCs, HFCs and CFCs. Scientists have pointed out that rapid temperature rise is a cause and consequence of anthropogenic greenhouse gases, threatening human life and ecosystem. The IPCC suggested actions for urgent stabilization of the global temperature to pre-industrial levels, i.e., below 1.5°C, in earnest. In its recent report (2022), IPCC warned as global temperature will exceed 1.5°C by the year 2030, if the current amount of global emission continues.

The fact that climate change impacts are felt by everyone and everywherethe situation increases the expectation on the decision making political class. What the decision-makers did undertake - or did not- in the past three decades should be accounted for in view of some crosscutting issues, e.g., loss and damage, cuttoff date of historical emissions,war and climate emergency.

COP19 Warsaw, Poland, established the Loss and Damage Mechanism to address vulnerable countries’ need to deal with adverse effects of climate change. Despite the agreement on the Loss and DamageFundin COP 27, its administration remainsan issue for further discussion.Furthermore, the hidden agenda of the COP 27 outcomes is that no legal action will be allowed against states on their failure of emission cuts. As there are climate litigatations being filed in different courts of the world against states’ the acknowledgement of ‘Loss and Damage’ means that the developing countries seems to have given up their legal claim on historical emissions against industrial countries.

The track record of the world’s rich countries is that promises have not been fulfilled by any country. For example, rich countrieshad earlier on made pledges to provide US$100 billion per year by the year 2020. Further, the World Bank record shows $31.7 billion funded for ’climate action targets’, but most financed as loan instead of aid assistance, leading to vulnerable countriesfacing a debt crisis from loans to pay, which has never been a serious agenda of COP meetings. More often than not, when it comes to climate finance the rich countries point to the lack of financial sources. In reality, there is no lack either of will or money when it comes to waging wars, e.g., Afghanistan, Iraq, Syria and Libya as well as war in Ukraine. The world’s arms traders are profiting from wars as did pharmaceutical companies during the covid-19 pandemic time. No one is asking why the arms trade is outside the jurisdiction of theWorld Trade Organization (WTO) adjudication tribunals.The so-called preferencial market access for goods from developing to developed countries has not made any tangiable result under WTO rules.

A cutoff date on historical emissions

Although not perfect, UNFCCC is a reasonable agreement concluded by the world leaders from rich industrial as well as from developing countries. The crucial issue missing in UNFCCC is a cut-off date, holding emitters legally responsible. Instead of setting the year 1992 as a cutoff date, the implementation of the UNFCCC was left to benegotiated. No discussion or decision has been taken on acut-off date since then. This has never been a North-South agenda either.

COP 3, Kyoto, Japan, adopted theKyoto Protocol 1997 as a legally binding agreement, whereby industrialised countries (and economies in transition) agreed to limit and reduce emissions with individual country targets. During the first commitment period of the Kyoto Protocol (2008-2012) parties reduced their emissions by 12.5 percent through a complex system of emission trading, clean development and joint mechanisms. Except for EU member states, the other world leaders failed to extend Kyoto's second commitment period (2012-2020). The world leaders’ indecisive character was exposed in 2009at COP15 Copenhagen, Denmark, particularly in failing to continue the Kyoto Protocol. No one talks nowadays about COP15’s outcome or ‘Copenhagen Accord’, known as ‘legally non-binding political agreement.’

After a series of failed attempts to continue the Kyoto Protocol in the post-2012-era, the Paris Agreement was finally agreed uponin 2015. Kyoto Protocol-based emission trading is replaced by the Paris Agreement’s so-called Nationally Determined Contributions (NDCs). Whether NDCs will stabilise the exceeding temperature by the year 2030, remain to be seen. According to a report, NDCs submitted by193 countries (in 2020) will only reduce global emissions by about 7% from 2019 levels by 2030.

Based on the culminating effect of anthropogenic emission and climate change as well as on the basis of due diligence principle, it is logical to argue that emissions of UNFCCC parties after 1992 are unethical, if not illegal. The loss and damage caused by historical emission is the source of contention of North-South. It should be noted that North-South is not geographical, but rather about developmental gaps between richer industrial and poorer developing countries. Although emissions before 1992 may be considered unintentional, the emissions after 1992 are clearly intentional or negligent, which may constitute tortious liability (if not crime) against humanity and biodiversity. Now, the loss and damage is officially recognised, this is an attempt to keep climate issues outsideadjudication.

At the time of the COP 27 the US is on the brink of war with Russia and China. Russia’s aggression of Ukrine has turned into a war between two nuclear powers, the US and Russia, holding the most destructive weapons in the world. At the same time, China continues its deadly arms exercises around Taiwan. North and South Korea are firing missiles across the sea border. Even Iran is being dragged into the European war for allegedly selling drones to Russia.

The climate emergency is as dangerous as thethreat of nuclear wars. Next COP to be held in the United Arab Emirates may sort out the working details ofthe loss and damage fund. Everyone must be aware that scientific research has established that the culminating effect of the greenhouse gases emissions is resulting in arapid global temperature rise. Most visible climate change impacts include global warming, changes in weather conditions and rainfall patterns as well as rising sea levels. Theseimpacts in turn stand as obstacles in achieving UN sustainable development goals, e.g., prosperity for all, ending poverty and inequality, protecting the environment and ensuring health and justice by the year 2030. It is an emergency situation; time is running out to act, achieving sustainable development goals and stabilising global temperature rise, albeit with the ongoing war and energy shortages and food crisis.The political leadership class is responsible for the 27 years of failed negotiations. They have pushed the world to the brink of climate disaster and dangers of nuclaer war.

Dr. Malla is a Senior Fellow at the Stockholm Centre for International Law and Justice, Stockholm University.