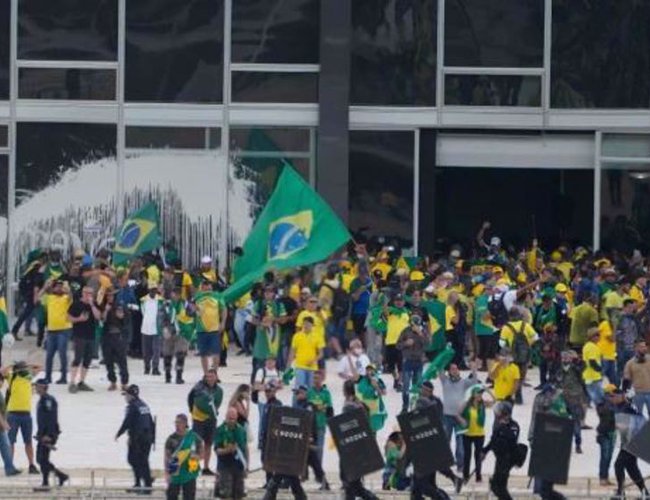 Authorities in Brazil restored order on Monday after an attack on the seat of their government. Over the weekend, they saw supporters of former President Jair Bolsonaro storm government buildings in the capital, Brasilia.

Luiz Inacio Lula da Silva defeated Bolsonaro in the presidential election in October. Bolsonaro's supporters called the vote "the biggest fraud in their electoral history" and refused to accept the results.

On Sunday, four thousand protesters broke into the National Congress, the Supreme Court, and other buildings. Police have arrested about 300 people.

Lula blamed Bolsonaro for inflaming his supporters. "We are going to find whoever financed this. And they will pay with the force of law for this irresponsible, undemocratic gesture, this gesture of vandals and fascists," Lula said.

Bolsonaro left Brazil for Florida just before the New Year, days before his term ended. He rejected the accusations against him and said the attack went beyond peaceful democratic protest.

Some have called Bolsonaro the "Donald Trump of Latin America." US President Joe Biden saw Trump's supporters storm the Capitol two years ago. And he joined the leaders of Canada and Mexico in criticizing the attack in Brasilia. They say they stand with Brazil as it "safeguards its democratic institutions."

Ukrainian Soldiers Arrive In Britain For Tank Training By Agencies 16 hours, 55 minutes ago