After our government encouraged fruit growing in orchards many Nepalis imported apple saplings from far off Serbia and replanted them in Mustang. 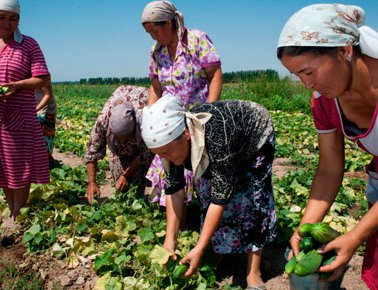 It was after reading about the woes of apple growers in Mustang and orange growers of West Rukum that made me write my thoughts about fruit and vegetable agro growers in Nepal. Fruit growing has not been an industry for long. In the pre-1950 days the Nepali citizen ate fruit at Tihar and meat at Dasain! Fruits of the mousam family were seasonal and chaksis, whether from chaksibari, or like our politics from elsewhere I cannot really say! One heard mostly then of oranges from Pokhara, till suddenly the news came that almost all fruit trees there were wiped out by some sort of blight. As one thinks of one’s childhood in Nepal one remembers eating the round and hardy naspatis, playing football with a good sized bhogate or pomello and being told off for eating barely ripe aloobakhadas or plums, which in excess caused belly ache and sometimes loose motions with blood.

The story of the human race as per the Christian faith starts with the decree by God to Adam to not eat the apple in the Garden of Eden. If Adam had not disobeyed, all of his descendents, the human race might still have been in heaven! Presently on earth however, things are quite different. Many insist, ‘An apple a day keeps the doctor away.’ Yes the apple is an amrit or its juice can be made into a form of somras. No wonder then that when King Mahendra met Passangji during his visit to the UK in the 1950s he invited him to come to Nepal to grow apples at Marpha and make Marpha brandy. However, because of the lack of roads the apples grown on our high mountains could not be brought down easily to those of us living in the lowlands that many had to be fed to cattle. What haisancho for the animals. Apple cider as an item could be extensively made within Nepal. Modes of living have changed enormously in Nepal over the last seventy years. Now roads have been built and planes shuttle to and from one destination to another.

Tastes for some elite Nepalis changed with the matrimonial practice and alliances of Rana rulers in the form of buharis or jwais from India. Matrimonial satkars were the practices of the day with alphonso mangoes, leeches, grapes and many other fruit varieties. Air contact with Thailand in later years introduced durian and kiwi to the elite Nepali palate. Now Nepali fruit importers have gone further afield with import of dragon fruit from far off Vietnam. Sadly hefty imports of apples from Wuhan and various varieties of fruits from India is the norm.

After our government encouraged fruit growing in orchards many Nepalis imported apple saplings from far off Serbia and replanted them in Mustang. It is even said that with the environmental changes and global warming many fruit trees are being planted at higher altitudes. All this makes sense but the hard fact is that it makes our products costlier than those imported from Wuhan, China or Himachal Pradesh, India. Because of kamissiontantra and unrestricted importation from these two countries local growers face difficulties in selling and apples have to be fed to cows and goats! Unrestricted importation from the North or South makes life hard for Nepali fruit growers. Many face bankruptcy. Katu satya however is that for import substitution to become reality, the local products must taste equally good, if not better than those from outside. Good news is that orange growers in Baglung and Syanja have grown oranges worth millions this year. Will all this be consumed as fruit or other by products?

Within the last few days there has been news about the uncertainty that fruit growers of West Rukum are facing for getting their oranges to the Nepali market. Our reigning Maoist politicians, who during the course of the ten years conflict made the inhabitants of this regions suffer much must take it as their responsibility to ensure that home grown fruits and vegetables find a constant market in Nepal and have not to compete with cheaper products imported by contractors from outside. Many Nepali returnees from the Gulf or South-East Asia have taken up fruit growing and animal husbandry. It is the duty of the government to support them ardently so that they and many of our young adults are not forced to go abroad for work. Other Nepalis doing fruit farming e.g. junars, kiwis and strawberries are having some success. However I also read recently that a kiwi grower with a large output got some relief when he sold his produce to make wine. Local entrepreneurship must be encouraged so that we don’t have to import wines from faraway places such as Australia and Chile as is being done now! Support ‘Home Industry’ should be the theme of the new government.

Some innovative Nepalis have been successful in growing mushrooms, both the ordinary and the special black variety known as shitake. The regular and buttons variety must be mass produced to be very cheap so that people no longer eat wild ones and die as a result.

It is not only fruits but large amounts of vegetables that are being brought daily from India by Nepali importers into the country. Exports of Nepali ginger and cardamom are periodically held up. While agro produce come in trucks unchecked into Nepali, our products are not permitted into India due to stringent orders. Our government too must do checks on products from the South if justice is to be done to our Nepali agro-producers.

Local authorities must build structures, both ordinary and for cold storage. There should be provision and encouragement of Haat Bazaars. Buying, storage and selling must be done by Food Management & Trading Company (FMTC) set up on a country-wide by Pradesh administrations. Sugarcane growers must not be cheated by factory owners who don’t buy till weight of the cane decreases and withhold payment for months. Sugar imports must be restricted.

Foreign manpower is used for both in USA & UK to till the fields. Nepalis too are going to Japan, South Korea and even Europe as farming manpower. Manpower shortage exists in Nepal. To ensure that fields do not lie fallow in mountainous areas too, mechanisation to till the fields, plant and harvest crops or collect fruits has to be done with appropriate machines in Nepal too. In flatlands of US extensive use of machinery is with minimal manpower. For Nepal Terai we need such type machinery but for tilling terraced fields mini type is required. There must also be canals of our river water or help with cheap electricity for deep well boring. Fertiliser plant/s must be set up immediately to rid forever the dependency because of kamisontantra importers. Parliamentarians we have recently elected, please note.

About-Turn? By Hemang Dixit 6 months ago