"No Option But To Protest" : Koirala

Known for his ability of melting with the people, Dr. Shekhar Koirala is one of the prominent members of Nepali Congress. At a time when the country indulges in the controversy over who can lead, former CA member Dr. Koirala spoke to New Spotlight. 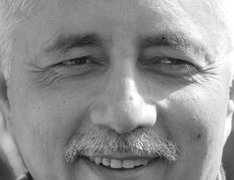 What is the solution for the current political deadlock?

Resignation of prime minister and formation of neutral government is the only a way out to end the current political deadlock. Once Prime Minister Dr. Baburam Bhattarai realizes this, everything will be settled. The prime minister is blocking the process of consensus.

As the prime minister has already made it clear that he is not going to resign any time soon, what will the opposition political parties do now?

We have already decided to launch a nationwide agitation. We need to create a situation that will compel the prime minister to resign. I have been saying this from the day one knowing that UCPN-Maoist is not going to tender the resignation so easily.

Why should Nepali Congress be given to lead neutral elections government?

UCPN-Maoist leaders are saying that they support NC candidate for prime minister in case they first joined the present government till amendment of constitution?

Do you think Maoist will resign?

I have been personally stressing the need to launch the nationwide agitation to force Prime Minister Baburam Bhattarai to resign. I don't believe that Maoist will support Sushil Koirala to become prime minister without showing his strength. National agitation is the only a way to press this government to resign.

If Maoist is not going to allow Sushil Koirala to become prime minister, why Koirala has he not prepared for agitation?

Sushil Koirala has also realized now that Congress needs to show its strength. Nobody will support Nepali Congress without proven strength. The agitation is the way out.

Do you think people will come to street?

People are fed up with this government.

Whatdo you think of the possibility to revive the Constituent Assembly?

I don't know why we need revival. If we could not draft the constitution in four years, how could we draft in two months. This is sheer non-political issue. Revival of Constituent Assembly is impossible in this juncture.

Why is Maoist demanding this?

This is Prachanda's another political gimmick. UCPN-Maoist leader Prachanda has already proved himself as an untrustworthy politician. This is a tragedy. Nobody knows what he speaks next.

Do you think the election is possible in the present juncture?