Since the formation of the National Development Volunteer Service under the National Planning Commission, a lot of change has been happening in the rural areas 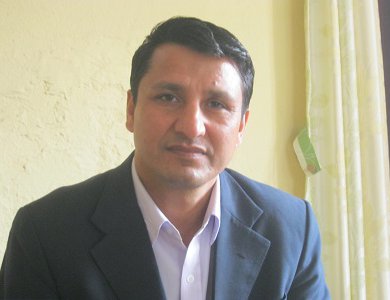 At a time when many volunteers have been working in Nepal from different countries, how do you see the performance of national volunteers working in different parts of Nepal?

The concept of volunteerism has been there in our society since time immemorial. During the time of crisis, chaos and disaster, people have shown the tendency to support their neighbors and communities. However, the modern volunteerism has produced different perceptions and is a little bit different. It is regarded as a way to share skill, knowledge and idea among one another other. Nepal government has institutionally been involved in volunteerism through the National Development Service since 1976. This program was made mandatory for those students who enrolled in Master’s Degree. Run under the Tribhuwan University, hundreds of students served various parts of Nepal and contributed to the transformation. However, it was abruptly stopped due to political reasons. It was a part of curriculum and the students had to file village profiles.

What are the differences of your program?

This is the program solely run by the government. National Development Volunteer Service is under the National Planning Commission. Launched in 1999, this is the first of its first kind program designed to offer young and literate Nepalese to serve the rural parts of Nepal in their respective fields for certain period of time, sharing their knowledge and experiences. This program is run under the sole funding of the government of Nepal. Since its inception in 1999, we have also been receiving support from Nepal’s development partners. In the last one and a half years, UK’s International Development program DFID, KOICA, UNESCAP and UNV have supported us to mobilize our volunteers.  Similarly, Ministry of Health and Population has also been launching Female Community Health Volunteers (FCHVs). Likewise, Ministry of Women, Children and Social Welfare has also mobilizing volunteers.  However, NPC is the only government body launching the program in the name of volunteers. Although we receive the fund from Nepal’s development partners, ours’ is the only program initiated and solely funded by Nepal government.

Why did the government start it?

Launched at the time of intense conflict, National Development Volunteer’s Service (NDVs) acted as an institution to mobilize the volunteers for different sectors of development, including education, health, agriculture and other technical assistance in various sectors.  When the government launched the program, there was absence of government employees in district offices. Volunteers were mobilized as an agent for bridging development, as a change agent. In the period of one and a half decades, over 9206 volunteers have already been mobilized in different sectors, covering 72 districts. It was started from 20 districts in 1999. There are now 310 female and 348 males serving in various districts as volunteers. The areas include Health, Engineering, Agriculture and Veterinary. Out of the volunteers, the highest numbers are in health with 452 followed by veterinary 121, engineering 45 and agriculture 40.

What about partnership programs?

One of the problems with volunteerism is that we don’t have a volunteer policy. This is creating problems to develop and identify partnerships. There is the need to make clear policies regarding the role of the center. According to present provisions, a person is allowed to work as a volunteer up to two years. We issue appointment letters for six months initially and the tenure is extended up to two years. The present set of volunteers will be phased out from coming July and we have to recruit new volunteers.

How much salary does a volunteer get?