India’s challenge of coping with China’s growing economic weight in the subcontinent is far more demanding than dealing with its military power. 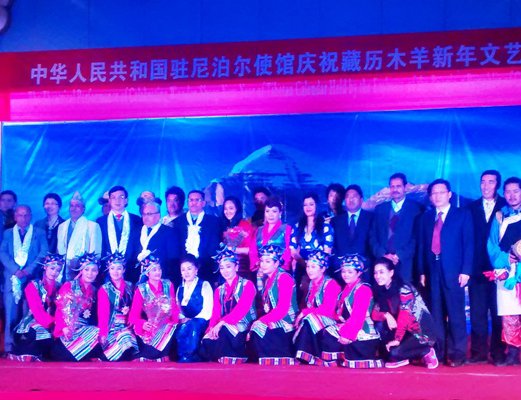 Chinese Foreign Minister Wang Yi’s visit to Kathmandu and Dhaka in the last few days underlined, once again, the emergence of Beijing as the most important external economic power in the subcontinent.

India’s challenge of coping with China’s growing economic weight in the subcontinent is far more demanding than dealing with its military power. The problem of closing the military gap with China is not a hard one to think through. It involves accelerating India’s own military modernisation, developing a strategy to deter Beijing’s potential aggression on the long-disputed border and increasing security partnerships with other great powers.

New Delhi is certainly conscious that Beijing’s rising economic profile in the subcontinent will have major long-term consequences for the regional balance of power between India and China. Yet, there is no way Delhi can exclude Beijing, the world’s second-largest economic power, from its own calculus for accelerating India’s economic development. If the Manmohan Singh government sent out ambiguous signals on economic cooperation with China, Narendra Modi appears determined to advance the bilateral economic cooperation with Beijing.

Modi is eager to mobilise Chinese technology, capital and organisational skills to promote his agenda of infrastructure development and manufacturing at home. Delhi does not have the experience of operating at two levels – competing with Beijing for strategic influence and, at the same time, strengthening economic cooperation with China. This problem gets magnified at the regional level.

India has long objected to military cooperation between China and South Asian nations. However, Delhi is in no credible position to oppose commercial cooperation between Beijing and its subcontinental neighbours, because it sees China as a major economic partner at the bilateral and global level.

To make matters more complicated, Beijing is not seeking exclusive bilateral economic engagement with India’s neighbours, but wants Delhi to be an active regional partner through trilateral, quadrilateral and multilateral mechanisms.

Beijing does not present itself as a rival to Delhi in South Asia, but as a great power that is willing to deal with everyone in the region, including Delhi, with a positive approach, ready to patiently work through the regional contradictions.

That is precisely what Wang was doing in Nepal and Bangladesh last week. As he announced new steps to boost China’s economic cooperation with these countries, Wang welcomed the growing bilateral cooperation among Nepal, Bangladesh and India. He also pointed to Beijing’s own expanding economic engagement with Delhi.

In Kathmandu, the Chinese foreign minister once again talked about the possibilities for trilateral cooperation across the Himalayas between China, India and Nepal. The idea gains new traction amid Chinese President Xi Jinping’s focus on building modern silk roads all across the Eurasian landmass and between the Pacific and Indian Oceans.

In Dhaka, Wang talked about China’s eagerness to move forward on the proposal to develop the BCIM corridor, which Beijing put on the table some years ago. The corridor will connect China, Myanmar, Bangladesh and India. In Kathmandu, Wang outlined his vision for Nepal as a bridge between China and India. In Dhaka, he offered to help Bangladesh develop as a hub between southwestern China, Southeast Asia and India.

If China is smothering the region with its version of the power of positive thinking, India appears paralysed by the fear of transborder economic collaboration with Beijing. Delhi’s security establishment, which continues to think of the subcontinent as India’s exclusive sphere of influence, has a hard time imagining its neighbours as commercial bridges to China.

Delhi’s economic decision-makers, with their inward orientation, appear to have no capacity to think of a strategy for regional integration in partnership with China, or any other great power. The foreign office’s conservatism on China means that its current focus is on fobbing off Chinese proposals through public silence and private rejection. The best it can come up with is to establish an official study group that can spin out the Chinese proposals for a few more years.

India is quite unready to adjust its mental maps to the structural shift in its regional environment. The longer India takes to adapt, the greater the negative consequences for India’s regional standing will be.

It is really up to Modi to press the system to come up with a comprehensive strategy to deal with the opportunities and challenges presented by the rise of Chinese economic power on India’s frontiers. In the interim, Modi must agree to take up one or two joint commercial projects with China in Nepal and Bangladesh to test out the prospects for a regional partnership with Beijing.

The writer is a Distinguished Fellow at Observer Research Foundation, Delhi and a Contributing editor for ’The Indian Express’

Rape: A Sickening Problem In Nepal By Nimisha Gautam 9 hours, 24 minutes ago

Low Politics In The High Himalayas By S. Ramesh 1 day, 9 hours ago

With Sighs Of Relief By Hemang Dixit 2 days, 18 hours ago

Democratic Distortions Bite Back By Dipak Gyawali 3 days, 10 hours ago

Oppression Of Women By Deepak Raj Joshi 5 days, 9 hours ago

Why Is The Stock Market Price Rising Despite The Covid-19 Pandemic? By Shanker Man Singh 6 days, 6 hours ago