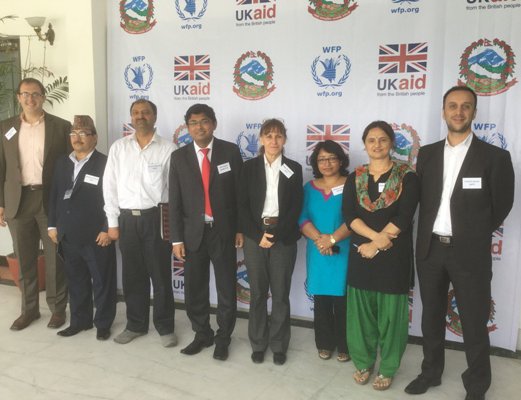 Despite media scandals, WFP has been a major food supplier to the earthquake victims of Nepal. Started soon after the major earthquake of April 25, the emergency disaster center of WFP is continuing to carry out its operations to provide food for the victims in the remote parts of Nepal.

Along with delivering the food, WFP’s Relief Hub at Tribhuvan International Airport - which includes power, communications facilities, storage space and office buildings - has supported all relief operation over the last three months.

According to a press release, WFP has also provided crucial logistical support to the humanitarian community in Nepal, and has handled to date over 11,000 metric tons of relief supplies on behalf of 116 different organizations.

Working with authorities at the central, district and Village Development Committee levels and with local partners, WFP has to date reached over two million people with food.

WFP's second phase program has already reached 440,000 people with rice, pulses and oil in 10 districts, and distributed nutrition supplements to prevent acute malnutrition among 12,700 children aged under two and 1,400 pregnant and breastfeeding mothers. Additionally, 37,000 people in two districts have received cash assistance in exchange for light recovery work such as removing rubble and rehabilitating fields.

“WFP has been in Nepal for over 50 years, bringing essential food to the most vulnerable,” said WFP Country Director Pippa Bradford. “WFP will stay at the side of the Nepali people, working hand in hand with the government to support the ongoing recovery efforts, and ultimately to assist in the construction of a stronger and more prosperous Nepal.”

Porters have been hired to bring essential food supplies and building materials to extremely isolated locations, which cannot be reached by vehicle or helicopter. As they work their way up the mountain, the porters are clearing trails that are vital to the local economy. WFP, in collaboration with the World Health Organization (WHO), is in the process of constructing 50 temporary health clinics in some of Nepal’s most earthquake-affected areas.

“Every person employed by WFP is working very hard on behalf of the earthquake-affected people. This is even truer for our Nepali colleagues, who are entirely focused on their work, in spite of having to deal with the consequences of the disaster on their homes and among their family members,” said Bradford.

Along with the effective handling of the crisis, WFP got dragged into a controversy following a media report regarding the quality of some of the food items it had distributed.

The issue of food quality supplied by the WFP reached the parliamentary sub-panel under the National Disaster Management Monitoring and Direction Special Committee.

The UN food agency stated that all of the food that WFP had distributed to earthquake survivors in Nepal was edible and safe for consumption. There had been two cases where food was spoiled, and in both cases the problem was quickly identified before distribution. No spoiled food has been given to the community.

WFP maintained high quality food standards with certain quality specifications and used to replace food of quality lower than their specification. However, WFP came under heavy criticism for the first time in its sixty-year long presence in Nepal.

“WFP has a rigorous food quality control system that is in place in all countries where we operate, including Nepal. We adhere to international standards and meet the Government of Nepal’s regulations. These standards are kept both during and outside times of disaster – there are no exceptions. In Nepal, the food quality system involves WFP, suppliers, transporters, partners such as the Nepal Red Cross Society, independent inspection services and laboratory as well as the government.