Professionally, a constitution lawyer par excellence he excelled in the study and analysis of geopolitical dynamics in a way no professional political scientist would match him. 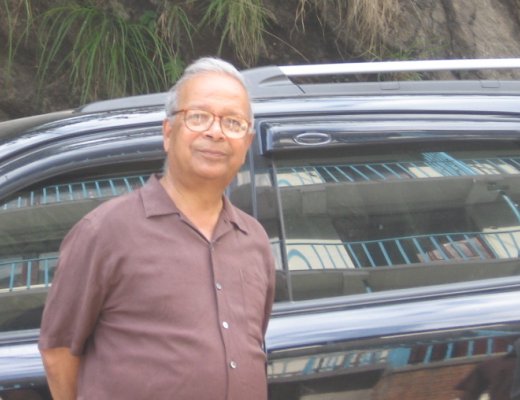 It was the early Nineties. The euphoria over the restoration of democracy after 30 years had not died down yet.  The country had got what was then described as "the world's best" constitution -- followed a few months later by the first multi-party general elections since 1959.  Girija Prasad Koirala had happened to follow in the footsteps of his elder brother, B.P.Koirala, to occupy the chair of  democratically-elected prime minister -- to become the only second leader, by then, to achieve the enviable feat. With the junior Koirala leading a comfortably-placed majority government, the country was witnessing not only a liberal democratic system but an economic liberalization as well. The mood across the nation state of Nepal was too upbeat.

One individual, who had been confidante of both Koiralas, was however not sure if the country would move in the direction its people long wanted and cherished -- that of peace, stability and progress.  A staunch liberal democrat with firm belief in the independent judiciary, fundamental rights of people, freedom of speech and expression, the man was apprehensive if these values for which he had fought all his life against heavy odds would stand the test of the time and circumstances for fulfilling the people's long-cherished aspirations for a better life. His concern stemmed from the manner the political change was brought about. He believed that the kind of challenging geopolitical situation Nepal is in required that the country's political developments evolve gradually and in the true spirit of national unity and reconciliation. That, according to him, was something found wanting in the political change that had taken place.

His fears began to grow and, later, turn true as  the main opposition United Marxist-Leninist party hit the streets within a month of  the country's first democratically elected government in over three decades took office and subsequently the internal wrangling of the ruling Nepali Congress deepened. The country was soon thrown into a prolonged instability that it has not yet recovered from nor has there been any sign yet it would anytime soon. The situation has only worsened by the year with a ten-year bloody insurgency, king Birendra and his entire family's massacre and, later, an ill-advised royal misadventure by the new king Gyanendra followed eventually by a republican set-up under an externally facilitated machination.

He foresaw many of the misfortunes that followed the political change 25 years ago.  He would also prescribe solutions to tide over the crises.  Unfortunately, though, personal agenda and vested interests had blinded many who mattered to see the omens that  an independent individual lawyer-analyst would warn of.  Although professionally, a constitution lawyer par excellence he excelled in geopolitical study. Even professional political scientists would not match him. As we put out the Spotlight weekly in the aftermath of the restoration of democracy, he happened to be someone we relied a lot on, for input on the contemporary political issues. We used to spend hours at his modest Dhobidhara room discussing the current topics before our deadline expired for the Friday magazine.

The departure of a man of unparalleled integrity, the venerable Ganesh Raj Sharma, for the heavenly abode last week after a prolonged illness leaves a big void no one will be able to fill.

Book On Nepal, India And China By A Correspondent 2 months ago

HIMALAYA SHUMSHER RANA Life At 94 By A Correspondent 2 months, 3 weeks ago

Book Remembering Past By A Correspondent 3 months ago