Nepal: A Bonanza For Political Scholarship

Bureaucracy and state organization capture the attention of academics and students of politics and government. My bonus incentive was I had always dreamt of trekking in the Himalayas. 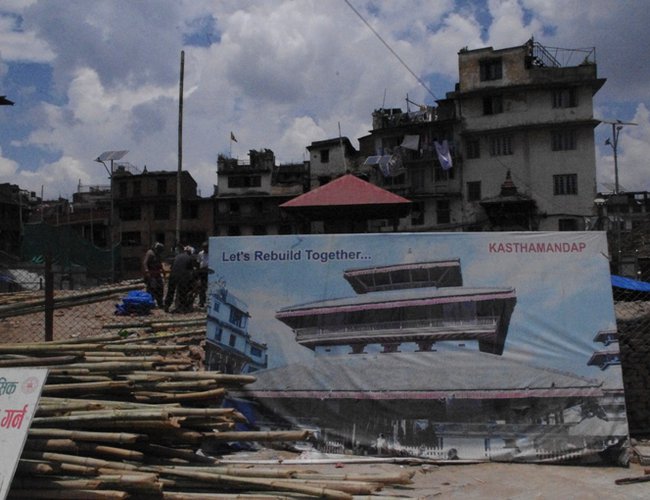 Right after landing at the Tribhuvan International Airport, a visitor gets to see that Nepal is a bureaucratic state. Obtaining a visa is a lot of paperwork. The police officers check your luggage number towards your ticket issued by the airline before you can leave the airport. This policy is presumably in place due to historical reasons such as gold/drug trafficking or smuggling of arms to India. In Inside Nepal (1998), author Prakash A. Raj explains how 25 diplomatic passports were stolen from the Ministry of Foreign Affairs and used to smuggle heroin originating from Myanmar to Australia.

Bureaucracy and state organization capture the attention of academics and students of politics and government. As for me, I had always dreamt of trekking in the Himalayas. This time, however, the political dynamics of Nepal had brought me to Kathmandu.  Among the reasons Nepali politics interested me was the fact that my country (Czech Republic) had gone through a long phase of communism and the government was overthrown in 1989 during the Velvet revolution. The revolution that took place in Czechoslovakia is a great example of a nonviolent and peaceful transition (see The Politics of Nonviolent Action by Gene Sharp). In contrast, the Nepalis experienced bloodshed while the regime was changing from a Hindu monarchy to a republic and many people lost their lives.

In Nepal, the list of political elements to study would be long. For instance, Nepal had recently experienced emergency laws relating to political developments as well as natural disasters. Therefore, indulging in the works of Carl Schmitt, Giorgio Agamben and others here in Nepal would be more than intellectually stimulating.. Also, its constitution keeps changing. We should keep in mind that constitutional changes are always very important for any state concerned. Take Turkey’s constitutional change proposal as a recent example. There was a constant discussion in the media and on the streets about this. I believe that step number one for Nepal is to make people aware of the power they hold as ‘demos’.

Another element that interests international researchers and academics is communism, which has always been present in Nepal and was strongly influenced by Chinese, Soviet and South American ideologies. According to the sources from Russian Centre of Science and Culture in Kathmandu, many young Nepalis were granted scholarships to study in the Soviet Union during the Panchayat period and then worked on translations of Marx and Engels. It can be said that Lenin’s call for a violent revolution which sourced from Clausewitz's statement that ‘war is merely the continuation of policy by other means’ influenced the Maoist insurgents. This approach appears quite paradoxical to the strong Buddhist influence Nepal had received from Tibet and the eyes on the Boudhanath Stupa overlooking peace in the country and in the world.

An interesting parallel could be drawn from the quality of life people had under the kings and people have now. Unfortunately, Nepal was a poor country during the monarchy and remains the same in a secular state. Human Development Index (HDI) has slightly grown from 2008, however, not much changed with the coming of the republic. This was undoubtedly affected by the earthquakes which took place in April 2015 and whose consequences are still visible in Kathmandu and other areas. The amount of work required by the government and international NGOs is visible at the first sight. The infrastructure is underdeveloped and other areas such as healthcare, education and environment need attention too.

From another angle, having spoken to the locals, I am happy to have observed that the caste system’s importance is decreasing with younger generations and that women’s voices are slowly starting to be heard even though there is still a long way to go. Having arrived in Kathmandu only a few days ago, I am fascinated by the Nepali culture and people’s positive approach to life despite all the difficulties they have to face everyday. It is the people that can change a country and the government should be the facilitator. I wish Nepal strength for the upcoming years which certainly will be full of challenges. 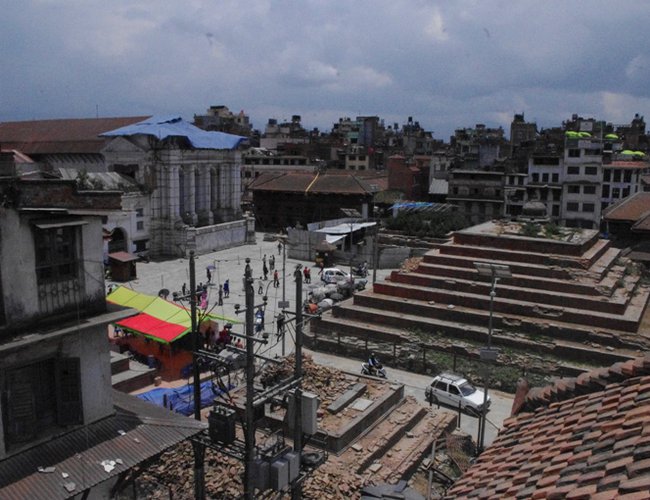 Misinterpretation Of Communism In Nepal Or Populism To Reach Out To The Voters?
Jul 10, 2017