For example, the President of the USA tweets regularly to let the rest of the world know what he’s thinking 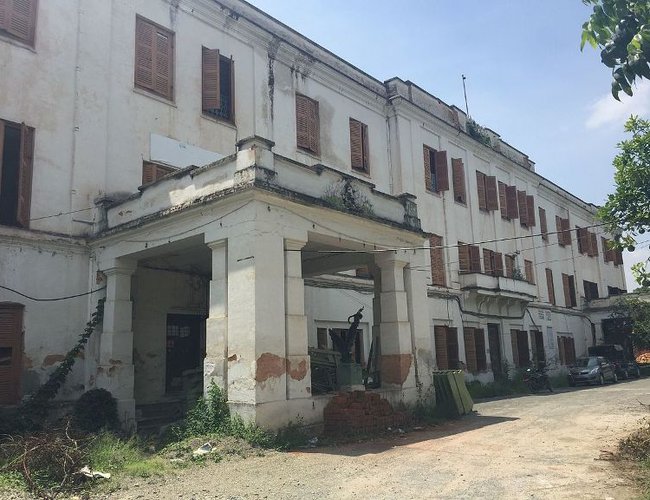 There are a whole heap of pithy sayings in European languages claiming that what you don’t know doesn’t harm you! Ignorance is bliss when ‘tis folly to be wise being among the most famous. When searching back to their origins you realise that these sayings don’t always mean what they immediately appear to mean. The folly to be wise one at first glance gives one an image of a happy fool unaware of the more miserable aspects of life whereas it could be one of the more Machiavellian ruses in court intrigues. The ones the ‘honest Iagos’ were so adept at playing: the 3 wise monkeys who saw, heard and spoke nothing evil, not because they didn’t know anything but because they were wise enough to stand away.

Those days are over. Thanks to Facebook and other Internet networks we all know what everyone else is doing. For example, the President of the USA tweets regularly to let the rest of the world know what he’s thinking. He believes he’s clever and the rest of us need to know what one of the more important brains on the planet is thinking. Well and good: but is important always synonymous with intelligent?

I ask this last question because having been made aware of the world outside by a series of avoidable tragedies connected with holes in the road it dawns on me that a lot of important people were involved in the current road debacle; but were they intelligent enough to foresee and avoid pitfalls? It seems not!

They were warned, each day in the newspapers and on the radio call-in programmes readers/listeners were beseeching the powers that be to attend to the accidents waiting to happen. Then one (un) fine day, accidents did happen and lo and behold the prime minister orders the roadwork to be completed. The scurry and scuttle then to do something or appear to do something was immediate, but useless in the middle of monsoon. A little foresight and some intelligent warning notices and barricades that children couldn’t miss would have prevented the tragedies. But we don’t prevent tragedies, we clean up after them!

We’re cleaning up now after the earthquake of 2015, After moaning and groaning worldwide about all the heritage destroyed, our Dept. of Archives has redefined heritage to exclude a 104 years of our nation’s history: and demolish all the Rana durbars. It’s not Nepal’s heritage they whine when queried; and anyway we never liked the Ranas.

This is understandable, the Italians didn’t like the Medici or the Borgia and Napoleon Bonaparte had a goodly number of ‘would-be assassins’ but they didn’t destroy his splendid boulevards or the works of artists nurtured by the Medici. Napoleon, himself, was a nasty heritage destroyer, having blown off the nose of the Sphinx in Egypt just to remind folks that he had been there.

Now we are getting to a fine point. The Rana palaces aren’t ‘hands on’ creations of the regime, no matter how romantic a view their many descendants have of the era. They are the accomplishments of joint efforts: Nepali efforts. Demolish them and you demolish not one family’s history but the histories and legends of many families in the Kathmandu Valley. And for what? To make a political statement?

We are reminded of the topsy-turvy politics of our nation each day in the newspapers.

This leader declares this, that ad nauseam, same same------same declarations in all dailies. Alleviated admittedly with the earth-shaking news that some film star has broken up with her spouse because they are ‘no longer compatible, but they part as friends.’

I’m still waiting for someone to explain to an old fuddy duddy like me what the rocky marriage of Angelina Jolie and Brad Pitt has to do with us? It was a disaster waiting to happen from the very start: people like Ms Jolie don’t compromise. Women who earn more money than their husbands don’t compromise usually. They prefer to be obeyed – recognise the formula?

So much for that, now back to the buildings that are being demolished and rejected as ‘not part of our history’. Is this truly what is happening to these durbars and bhawans, one of which has housed our civil servants for 50 years or more? Or is this only a rumour?  I would like to know, really before we end up like Bamiyan and old Babylon – destroyed by religious fundamentalists. Don’t tell us we have a brand of fundamentalists of our own?

Has our country, known as a place where everyone, even the poorest, smiles back if smiled at really come to this: a treasure trove to be destroyed by those who hated people they never knew and don’t have the courage to confront the progeny of those people face to face, but rather destroy the buildings they established-in an extreme of hatred that is built on rumor and suspicion, on a blissful ignorance that is carried along by a mob mentality. If so, then ignorance is truly bliss.

Refugees In Nepal: Recognition And Inclusion By Deepesh Das Shrestha 3 days, 19 hours ago

Nepal’s 2022 elections: a step towards democratic consolidation? By Sovit Subedi and Bishnu Adhikari 4 days, 18 hours ago

The Fantasy Of Democracy & Republic Morphing Into Delirium By Kedar Neupane 5 days, 18 hours ago