After the announcement of two big communist parties, CPN-UML and Maoist Center, to form a communist alliance for the forthcoming elections all of a sudden, the Nepali politics has entered into a new phase of political turmoil and uncertainty. 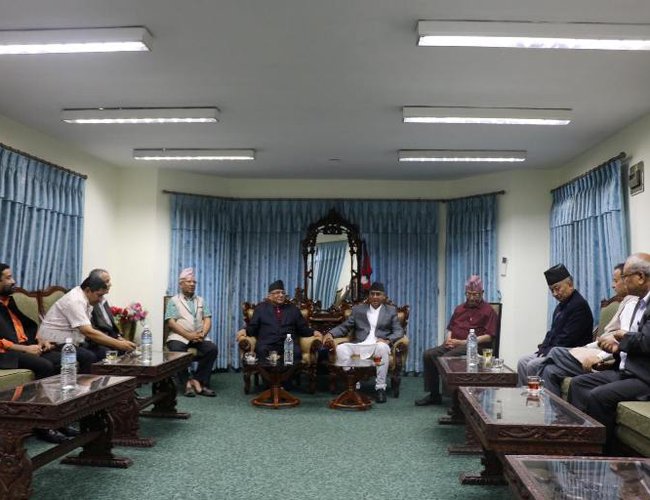 After the announcement of two big communist parties, CPN-UML and Maoist Center, to form a communist alliance for the forthcoming elections all of a sudden, the Nepali politics has entered a new phase of political turmoil and uncertainty.

Frustrated from the unexpected announcement, Prime Minister Sher Bahadur Deuba responded immediately by summoning the meeting of non-communist parties to form another alliance to challenge the communists.

With less than two months away from the election and with the tenure of Legislature-Parliament ending, the formation of new alliances is likely to bring many ripples before the elections.

Despite joining the new communist alliance, the Maoist-Center declared that it continues to be a part of the government. However, Nepali Congress leaders have publicly made it clear that ministers representing Maoist Center should resign from the cabinet.

With no sign of resignation, Prime Minister Deuba has a few options left. He can either sack the ministers for a cabinet reshuffle or request the Maoist ministers to resign.

Both the options are hard. The president, vice president, speaker of Legislature-Parliament and Chief Election Commissioner, who are all nominees of CPN-UML and Maoist Center, are unlikely to endorse Prime Minister Deuba’s  political move just a few weeks before the poll.

Nepali Congress is reportedly making efforts to postpone the provincial and central elections for a month given its unprepared situation. CPN-UML leader K.P. Sharma Oli and Maoist Center leader Pushpa Kamal Dahal have already issued a warning to Nepali Congress leader Deuba not to take any hasty decision that will affect the government and elections.

With their showing in the local level elections, CPN-UML and Maoist Center are vehemently opposed to any move to postpone the forthcoming elections. If the president declines to accept any reshuffle, which is very likely, and if the Chief Election Commissioner declines to postpone the elections for a few weeks, a big political vacuum will be created pushing the country into further uncertainty.

With the support of RPP, the government has now 300 plus MPs for a majority. Given this strength, the prime minister can replace the Maoist ministers with RPP and Madhesh members.

At a time when the Maoist Center is holding the key portfolios, including the Ministry Home and Ministry of Foreign Affairs, the Prime Minister is considering to remove them and reduce the risk of manipulation of police and district administration in favor of the Maoist alliance.

With so many turbulences at work, Nepal's politics is so fragile that anything can happen anytime. The political developments may be unfolding so fast that no one can say anything for sure about the future course.

Although CPN-UML, which fought the local elections alone against NC and Maoist Center, has paid a heavy price with 40 percent share to Maoist Center, CPN-UML leaders hold the view that it will pay them more than others in the alliance to be a major party following the elections.

The sudden development surprised many. Even India, a broker of a present political process since facilitating the 12-point agreement between Nepali Congress and Maoist, expressed surprise.

Some Indian scholars even see the new communist alliance in Nepal as the reaction to the BJP rightists upsurge in India. However, one has to see it closely that Maoist Party gained much ground in Nepal during the BJP’s earlier tenures. Given that bitter experience, it is not surprising to see the rise of communist in Nepal at a time of rightists BJP governing India.

Although this new alliance ends the 12-point agreement signed in New Delhi between present political actors and Maoist, it will have other political fallouts as well.

At a time when the Chinese are asserting their influence in South Asia, the formation of a new communist alliance in Nepal will change the political landscape in the region if the new alliance secures the majority.

However, the alliance is a group of strange bedfellows. Former Prime Minister and Maoist ideologue Dr. Baburam Bhattarai, who quit Maoist Center two years ago saying that there is no future for communists, joined with the rest of the communist leaders. Similarly, hardcore Madheshi leader Hridayesh Tripathy chose the Surya Symbol, UML's symbol, as his election symbol. A year ago Tripathy termed CPN-UML a group of killers responsible for killing 60 Madheshis.

Another surprising thing is that CPN-UML leader Oli, who termed Maoist Center leader Prachanda as a foreign stooge, is hugging with him, now declaring him a great leader.

Similarly, Kamal Thapa, who accused PM Deuba of conspiring to split his party, is joining Deuba’s democratic alliance in another interesting development. Similarly, the alliance of RJP-Nepal and Federal Socialist Forum, Nepal, is also interesting.

Nepal’s political forces do not have any common stand and until a few days ago, nobody could expect that they would join forces. As in the past what can be expected in the coming days will be any unexpected outcome.

After getting the support from RPP, Prime Minister Sher Bahadur Deuba has the upper hand. Although Prime Minister Deuba’s decision can put the country into major political turmoil and chaos, he can sack Maoist Center ministers and induct members of his own alliance.

He can recommend for the postponement of elections for a few more weeks citing the reason of law and order. After the killing of the chairman of Contractor's Association, Deuba will have ample justification to do so.

Similarly, the communist alliance can preempt all the moves of Deuba playing the president, speaker, and chief election commissioner cards. The Chief Election Commissioner has already made it clear that he is ready to bat the Maoist ball.

Provided some wise decision and backing of others, Nepal’s politics will be moving towards another phase of uncertainty, ending the present constitution promulgated two years ago. Whether communists unite or divide themselves, it is always a harbinger of political instability. 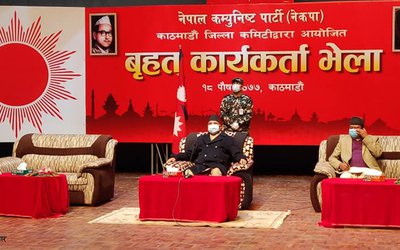 POLITICS Fight To Finish By A Correspondent 1 week, 2 days ago

Dissolution Of House Of Representative Is Prerogative Of Prime Minister: PM Oli By NEW SPOTLIGHT ONLINE 2 weeks, 3 days ago 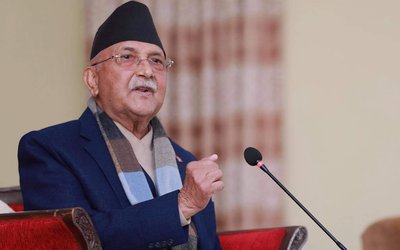 POLITICS OF DISSOLUTION: Unresolved For Seven Decades By Keshab Poudel 4 weeks ago