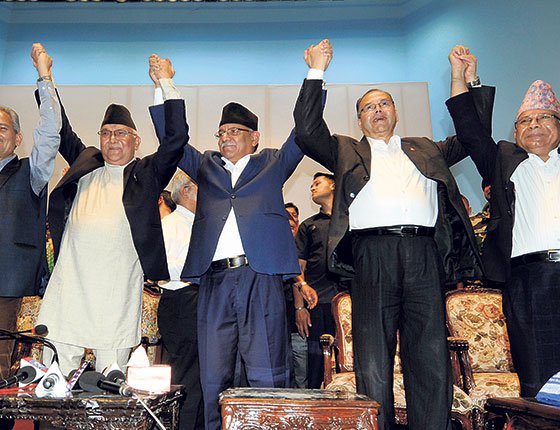 For the last 30 years, Nepal has become a political laboratory for many political experiments. Each experiment has failed to provide the real basic needs and people are still fighting for the basic needs of humanity.

The birth and death of short-term political equations, such as government changes, is not new to Nepal, which has seen 26 governments in 27 years, since 2046. The latest political polarization, for almost all parties, is all about demanding or grabbing more power in Nepal. The main goal of the moment for them is to win elections.

The behavior of the average Nepali voter has not changed in the past 30 years. Since we have a democracy, the two main parties have not seen their base evolve. The more time passes, the more voters express their deep dissatisfaction with traditional government parties, the more they plan to give a chance to those who propose radical solutions.

Governments have been unable to protect low-skilled jobs from the consequences of globalization and technological change. Neither mass education, nor progressive economic reform, nor social transfers have prevented the growth of inequalities.

Partial systems are an important part of democratic political systems and a criterion that sometimes values democracy itself. Certain parameters of the party system and their stability can be considered as favorable factors in general for ensuring the stability and efficiency of the whole political process.  In features such as high fragmentation, frequent significant party movements, constantly changing competing blocks, the party system can be one of the main causes of wider political instability (eg, frequent collapse of governments), or even the ineffective solution to economic problems.

The party system is the cornerstone of democracy. Ironically, this is the paradox of Nepali democracy, where various political parties contest elections based on their policies and make turmoil with the political party promoting ethnicity, regionalism, and communalism.

Political parties and their actions have an essential effect on the degree of social cooperation and social trust of a society, which means that parties can make societies more or less harmonious from the conflict than the parties themselves propitiate and generate.

There are undoubtedly positive and negative points related to this transformation in society, but what matters here is to recognize its inevitability and the fact that existing political systems have not yet figured out how to react to what is happening.There is a gap between government and society that is exposed to every political process, every protest, every decision by the established powers, who are unable to understand the voices and complexities of public opinion. This incapacity also manifests itself in the balancing of these voices with the habitual dynamics of the exercise of power, and with the play of forces represented by it.

The strange thing is most illiterate people of this country also vote on political ideology, driven by religion, caste and communal sentiment. The political parties here have adopted the politics of convenience. In such a situation, the polarization of political forces only remains a mental upheaval.

When it comes to political polarization in Nepal, it is summed up in the phrase "you are with me or you are against me".  Our political parties are probably forgetting that the youth of this country are in a decisive position in terms of number and capacity for which issues related to higher education, employment and development are far more important.

The fragility of democracy translates into a lack of confidence in democratic institutions on the part of citizens, and their general dissatisfaction with the democratic system is considered to be the outcome of the worst form of government.

Social cooperation is an essential element in the functioning of societies and democracy. This cooperation depends to a large extent on the degree to which citizens trust each other for all kinds of activities, which affects good economic, social and political performance.

There will be a tough fight for grabbing power in the coalitions. The political wind is blowing strongly. All we can do at this moment is to expect that the people of Nepal will give a mandate for political stability. Nepal's politics must have a maturity if this does not happen then a new era of instability will start in Nepal. Then the question will arise again what did Nepal get after the revolution? For the pursuit of unity, their superficial homogeneity, hidden conflicts, and ethnic character are much more dangerous for people of different opinions and new ideas.

The real losers of this remote-controlled political polarization are the Nepali citizens. Without a long-term logic in politics, we will lose both our own democracy and the rule of law. Because people are less and less trusted in those parties that provide democratic practices and the rule of law, I think, there are many arguments against this "all-in-one" approach and "forget what the different groups want," because I only know what people want and I represent them.

LOCAL POLLS: Independent Test By A Correspondent 2 weeks, 4 days ago