The Fear Of Mediocrity

Levi Strauss focused on the idea of binary oppositions that is universal. The role of oppositions makes it easier to understand the world and its components 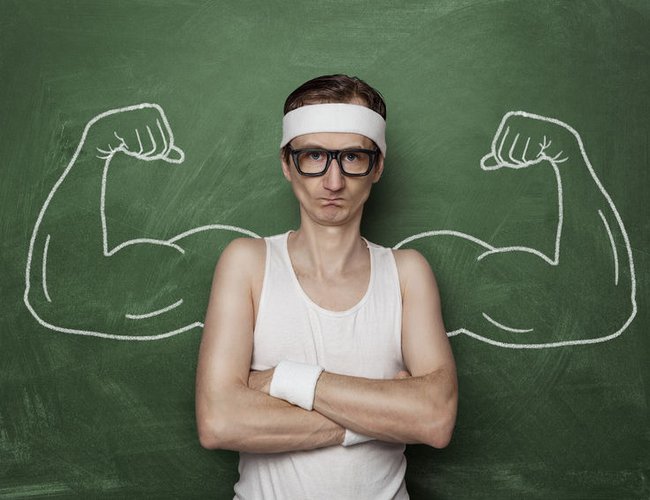 The explanation of the unconscious mind by Sigmund Freud is very essential in making us realize where we stand in the society and as individuals. Id denotes what we want to do, ego is what we are supposed to do and super ego is what is morally correct in the eyes of the society. We suppress basic human needs and emotions to fit into the structures of the society. Structuralism urges us to understand that things can only be understood within a certain system of relationship and structures. It holds that according to the human way of understanding things, particular elements may not have an absolute meaning or value; their meaning and value are relative to other elements. Things make sense only when in relation to something else. An element cannot be perceived by itself and so in order to understand a particular element; we need to study the whole system of relationship and structure. Claude Levi Strauss was a French anthropologist who contributed to the theory of structuralism that helps us understand human behavior as governed by structures.

Levi Strauss focused on the idea of binary oppositions that is universal. The role of oppositions makes it easier to understand the world and its components. An element can only be explained in relation to other elements, his idea of binaries explains that significant understanding can only happen if differences are present. Therefore, meanings are not absolute but relative. Borrowing from linguistics, Strauss focuses on the importance of understanding something by picking on how is it different from others. This opposition adds more meaning to the element. In fact, it is selecting these significant differences (opposites) that create the world of objects for our mind. In human terms, it allows us to relate to existing structure and decide which pair of opposition we fit into as we realize individual differences.

With respect to the theory of binary opposition put forth by Strauss, I want to engage in understanding how we perceive their presence within our own structures. Do we accept these binaries and mould ourselves to fit within either of them? Are the powers of these binaries inescapable? Each day we are all taking steps to reach our goals. These goals are set by us, but are barely independent as they may not always be what we want but what we should want. Referring to Freud again, superego is the ‘should’ aspect of our behaviour. We need to control our immediate needs as its not according how we ‘should’ be in the context of the society. Considering the binaries as good and bad or perfect and imperfect, we are convinced to fall within the former category and set our goals accordingly. The game is not just about falling within the best category but is more about preventing to be a part of the bad category. Clearly, one category is acceptable and the other is not. Well, who decides what is good or bad and what is perfect or imperfect? And who said which category is more favourable? All of us realize these flaws and question it within our personal spheres but alterations are yet to be made. The pressure to fit in is constant and the inability to do so causes us to lose motivation and these rigid definitions of how one is supposed to be is very problematic. Even if options do exist, they are associated with stigmas that people don’t want to carry. Binaries exist but it is crucial that we bridge the gap. This rat race that we are all a part of is also a result of these rigid binaries. The average falls between these paired oppositions but is never the end goal. Human ability allows an individual to be good at few things and average in the rest, but we still strive to be the best in every aspect possible. It is problematic how standards in any institution are set to administer the best only. Our systems are biased and they have prescribed rules to cater the best and worst but not the average.  Average is not so good; it falls towards the latter end of the spectrum rather than being the mid-point. ‘Average’ is no longer synonymous with that which is common, but rather what’s unacceptably and humiliatingly “normal.” It is now good VS the exceptional, as being exceptional or extra ordinary is the new normal. Excelling in a discipline is seen as more acceptable than just being fairly good at it.

The need to accept mediocrity is highly visible as these inflexible standards are bruising self-esteems. As mentioned above, most of our roles and behaviour within a structure are prescribed and we as social beings have learned to react according to how the situation is posed. We deviate from any of these norms of appropriate behaviour; we slip into the category of abnormal or absurd. As Albert Camus puts forth, there is a need to embrace ‘absurdities’ as they are natural processes and a way in which people choose to behave.  External validation is the most immediate gratification, and we’re still at its whim almost every day. We assimilate ourselves to appease others and adopt their ideas of ideal as our own. Comments like one made by a friend causes us to feel low, leading us to the wrong direction of where we compare ourselves to others. We are curtailing our own freedom by tripping into the shackles of the structure that defines behaviour in terms of binaries.  The society does not regard the average at all and we as individuals also don’t want to keep that as a goal. We want to achieve perfection and we question ourselves if we are below that. We decide our goals according to happiness and satisfaction but we don’t realise that happiness cannot be a consistent measure of worth.  It is not a reaching game but a staying one. Bridging the gap between binaries is essential but it is crucial we realise that common is not undignified rather it is undignified when we start making choices in order to be above average. Not because we feel compelled to but because they will allow us to define ourselves to others in a way that will receive a certain reaction. I am this, I am that, I am worthy. But it will never be enough. As of now, even if the grey zone exists we are not willing to be its participants because it isn’t defined as what we should want. However, we need to start not seeing ourselves as people categorically defined in society but as people who accept mediocrity to be able to live unaffected.