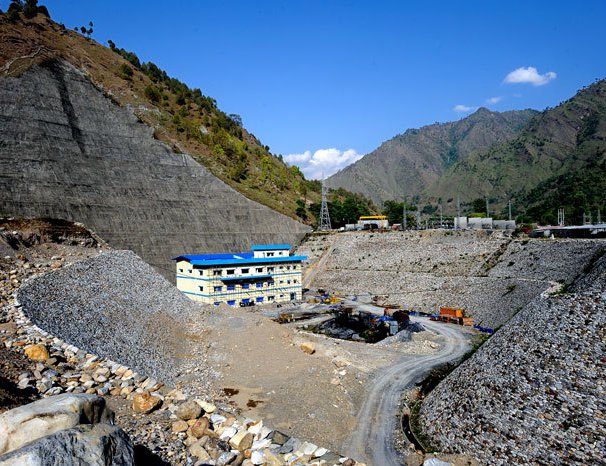 Outside of the ad nauseam national and provincial “political circus” of aspiring ministerial contenders, two news items dominated the airwaves last week: inauguration of the long-delayed and heavily cost-overrun Chamelia hydropower station (see: http://annapurnapost.com/news-details/90790 ) and the bombing of the offices of the Mughlani hydro developers of Upper Karnali and Arun-3 (see: http://kathmandupost.ekantipur.com/news/2018-02-12/assailants-atttack-two-hydel-projects.html ).

The 30MW Chamelia should have been conceptualized as a nucleus incubating industrialization in poverty-stricken West Nepal, centrally located as it is between its six least developed hill districts. The project size constituted no more than five percent of the total integrated Nepal generation capacity – which the country should have “gifted” to West Nepal. Instead Chamelia was developed to pump the electricity to the developed east of the country. Given the high level political corruption of the Loktantricksters, with the contractors having to shell out under-the-table moolah to ever changing cabinet members (over a dozen during the project’s construction period), it has ended up costing the country five times more than it should have.

The bombing of GMR and Satluj offices of Upper Karnali and Arun-3 respectively is an unfortunate indicator of the fragility of the peace process and the undeniable potential for lapse into the kind of violence that the country suffered from for over a decade during the Mughlani spooks-encouraged Maoist insurrection. The reason for disgruntlement with the Upper Karnali and Arun-3 projects, even among those nationalist-minded Nepalis who do not believe in political violence, is that they have been conceptualized and implemented as export-oriented and hence essentially a neo-colonial enterprise. And it has been done violating the provision in the constitution (in the old 1990, interim as well as the 2015 ones) for parliamentary ratification of export-oriented projects.

Violence is unacceptable as a political tool. Period. Unfortunately, it has been legitimized in our 2015 constitution by its glorification of the Jana-yuddha, even though its main commander and his Cashist faction have gone on to join the billionaire club that celebrates its anniversary by cutting a huge cake as in a kindergartener’s birthday party. Although both the Nepali Kangress in 1950 as well as the 1960s and the EhMaLay in the 1970s did resort to violence and terrorism, they had the decency to renounce it when they entered peaceful competitive politics. The Maoist still have not credibly done that, not even the Cashists to say nothing of the more radical Dashist Vaidya and Gasist Biplav factions. If they as well as the Kangress and EhMaLays can resort to violence and glorify it in the constitution, what is the moral argument they can marshal against any new political force that wants to resort to such means to redress their grievances? This is an especially pertinent question that must be posed to the current political dispensation that is rapidly losing its legitimacy not only by being mired in colossal corruption and incompetence in handling political management but in also being deaf to all peaceful criticisms.

Chamelia and GMR/Satluj bombings should not give the reader the impression that nothing good has happened in the hydropower sector in Nepal. I have recently had the good fortune to visit east Nepal and the hydro developments there are inspiring. Hewa as well as Kabeli-B, despite being shackled by NEA’s dereliction of duty providing for power evacuation, have managed impressive progress and are well on the way to completion before the onset of the monsoon at less than half the cost of NEA or World Bank-funded projects. Sanima Hydropower and its Mai site are even more remarkable: the company has managed to emerge as Nepal’s leading private “umbrella” developer with a range of services that are availed of by other Nepali developers as well.

The only disappointment is the BPC, founded by Norwegian missionaries, nationalized by the Panchayat and privatized in 2003 with great difficulty by the King’s government, but now being ruined by Sahujis that have defrauded their own company and demonstrated no industrial élan. It is teamed up with the World Bank group to develop Kabeli-A which seems to be going nowhere, or going the unnecessarily expensive route if at all, perfect proof that two negatives do not make a positive.

Behind Nepal’s hydro-pathology lie a few conceptual and managerial malignancies that prevent genuine Nepali power developers from bringing to full force their capabilities and helping the country produce jobs for its youth though industrialization.

The conceptual defects include the pervasive misperception that “Nepal is rich in water resources (hydropower)” and that it is “second in the world only to Brazil” in this regard (although I have never heard a single Brazilian water expert, many of whom I have worked with, say they are the world’s numero uno, or even simply rich in water resources). Nepal is indeed rich, but in floods for four monsoon months of the year and in drought for the remaining eight. This misreading of hydro-ecological reality distorts national thinking as well as politics and prevents us as a country from addressing drought and water scarcity. Springs are drying across the Himalaya like a slow cancer that is leading to its depopulation as well as abandoning of settlements; but the national Loktantrick politics as well as partisan academia and journalism are blind to it. Why think of poverty and ruin your exhilarating dreams of richness?

This myth of water wealth has led to another distorted thinking – the idea that Nepal’s hydropower can be exported to Mughlan and Nepalis can loll around in hydro-dollars like the Sheiks of Araby in their petro-dollars. There may be some demand for electricity down south in UP and Bihar (although that is increasingly questioned these days) but no real market: it is a government controlled arena of the “Nehruvian commanding heights of the economy” that offers it neighbours not the market price for imported electricity but only “cost plus” peanuts. It imposes an equalizing tax at the border of close to two rupees per unit of electricity to reach the market level, thus earning for itself (for no investment other than a figurative bamboo across the import point) billions that it will not share with its neighbours.

These conceptual faults lead naturally to serious managerial deficiencies. The most damaging has been the unhealthy focus on hydropower to the detriment of stored water for other important uses including food production, industrialization, flood control and inland navigation. Budhi Gandaki, West Seti, Upper Karnali, West Rapti, Pancheshwar, Kosi and Chisapani are not hydro-electric projects: they are multipurpose water storage projects where electricity is only a by-product; and by defining them as exclusively hydro projects, Nepal not only loads the entire cost of development onto electricity thus making it practically unmarketable but also provides “free-rider” benefits from stored water to those downstream, including Mughlan. Much of Nepal and the Ganga plains are semi-arid zones that are land-rich and water-poor and water in the dry season is much more valuable than electricity: this is where the World Bank’s economics has gone fundamentally wrong, not only discrediting the organization itself but opening it to accusations of being biased towards downstream free-riders.

It is understandable, but not possible to condone, when India or Western donor agencies try to foist a neo-colonial water development agenda on Nepal through projects of “regional” (read India) integration either through the Investment Board or through cross-border transmission lines (even as Nepali developers suffer from that facility for evacuation of their power to the grid). India after all looks at its interest and tries to further it; and to the West cozying up to the large Indian market (and countering China’s rise) is more important than looking after Nepal’s long-term strategic interests.

It is, however, inexplicable when Nepal’s Loktantrick rulers move the country along this neo-colonial path through this mindset. Look at the political economy behind the alleged end of load-shedding in Kathmandu (it has been increased for other outlying towns as well as for Nepal’s dying industries). Essentially what it has done is strangled Nepal’s growing solar as well as decarbonized transport industries by increasing import of dirty coal-fired electricity from Bihar as well as expensive petroleum products, not only blowing a hole in its balance-of-payments but forgetting the lessons of the 2015/16 blockade.

In short, what ails Nepal’s water resources sector is the lampasaarbadi thinking plaguing its Loktantrickster ruling class, which fails miserably in taking a strategic view of this vital resource for national development. Indeed, this lot of failed politicians – judging from their actions over the last dozen years since sidelining the monarchy – has no vision of what belle development would consist of for grassroots Nepal (for which, see: http://bulletin.ids.ac.uk/idsbo/article/view/2822/ONLINE%20ARTICLE ).