A World Without Meat 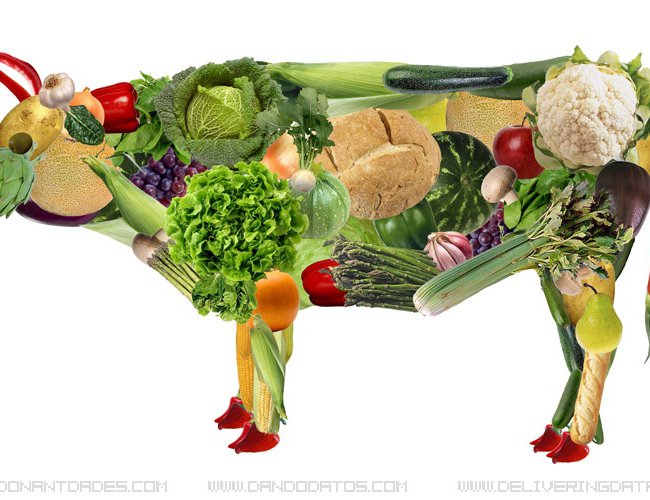 Vegetarianism is, essentially, a philosophical attitude of life. Although vegetarian or vegan is just an alternative lifestyle for some people, there are countless reasons why people become vegetarians. Among other things, animal welfare, religion, environmental, ethical or health reasons may be listed as prominent.

The first mention of vegetarianism dates from the 7th Century BC. It was a proto-Indic civilization that held respect for all living beings. It disappeared with the advent of Christianity, modernization and mass production.

Vegetarianism has been revived in the Renaissance period and is becoming more widespread in the 19th and 20th century.  Vegetarianism as a lifestyle, eating style, and human action towards animals is more and more common today. But, every vegetarian faces daily prejudice and ignorance of other people because such a way of eating is considered unsafe for health. The truth is quite different, and the main problem that occurs when a person goes to vegetarianism is insufficient information about food that replaces foodstuffs of animal origin. What is common to all vegetarians is that they do not consume meat, but vegetarians can be divided into several divisions. Here are some of them:

1.  Ovo-Lacto-vegetarianism :  practice that excludes all meat  and fish consumption, except eggs, milk, and dairy products

2.  Lacto-vegetarianism: refers to the practice that excludes all meat, while allowing the consumption of milk and its derivatives, such as cheese, butter, and yogurt.

3.  Ovo-vegetarianism: refers to the practice that excludes all meat and dairy products, while allowing the consumption of eggs.

4. Vegans:  eat only vegetables (plus minerals or microorganisms such as yeasts or bacteria) and avoid the consumption of any products from animal exploitation (including eggs, milk, cheese and honey).

6. Fruitarians: eat only fruits, nuts, seeds and plant matter that can be gathered without damaging plants. The principle behind this mode of feeding is not to destroy plants for food, which can be avoided, to a certain extent, if we just harvest the ripe fruit of trees. A fruitarian can, therefore, eat beans, tomatoes, cucumber but refuses to eat tubers (potatoes) and spinach.

7. Frugivores: consume all vegetables except cereals and legumes.

8. Macrobiotics exclude tropical fruits and any type of artificial sweetener, while in hygienists, the philosophical imprint becomes more evident in the adoption of a particular lifestyle.

9. Sproutarian: a diet based on sprouted seeds such as bean sprouts, wheat sprouts or broccoli sprouts. In general, raw foods are added to the diet.

It may sound like a joke, but scientists and researchers often raise absurd or improbable scenarios.  What would happen if we all became vegetarians?  We would reduce the emission of carbon dioxide (related to agriculture) by 17%, the emissions of methane by 24% and the emissions of nitrogen oxide by 21% However, not all the consequences would be positive.

We know that the meat industry is one of the most harmful to the environment and the cruelest to animals. Directly or indirectly, it produces 14.5 percent of greenhouse gas emissions, and global meat consumption is increasing. People generally like to eat meat, and while the population grows and eats more animal products, the consequences of climate change, pollution and land use could be catastrophic.

It would be good for the environment and in some cases, also for health, but it is very bad for the economy, especially that of the poorest countries. In the case of a world inhabited exclusively by vegetarians, then, the consumption of water would be greatly reduced, considering that about 70 percent of the water in question is used for agricultural purposes.  We need  15 thousand liters of water to produce a kilo of meat (compared to three hundred liters for vegetables). There will not be enough water available on our farmland to produce food for a population that is expected to reach 9 billion by 2050 if we follow the current food trends

A healthy lifestyle is usually not the only reason for vegetarianism. It is also responsibility towards life (whether animal or human), the environment, and the overall sustainability of life.

Vedic scriptures include recommendations and regulations on vegetarianism. All living beings are considered to be immortal souls enclosed in the body. The soul in a lower than human form of life automatically translates into a higher species before it reaches the human body. By killing the animal, this process will be thwarted. Thanks to this thesis, all forms of life are to be respected. Here we find an important command to not dispose of any animal and unnecessary life, and this commandment was also reflected in Buddhism later.

Buddhist philosophy contains one of its most basic principles on not harming living beings. Similar to Hinduism, all beings are united in the Buddha essence, everything is perceived as one whole. Buddhism teaches that all beings live over and over again and there is no being that is not related to us, even if it is in the animal state. This is a typical Buddhist view that every life is sacred.

Comparing the anatomy of carnivores with our own clearly illustrates that we were not designed to eat meat. We are vegetarians in our anatomy. Our teeth, digestion, and metabolism are those of herbivores.

Being a vegetarian not only controls what you eat but more importantly, you also train your sensitivity to the environment and the living things around you. Throughout its history, the ethical and non-violent dimension of vegetarianism has been supported by many personalities, such as Pythagoras, Mahavira (and the Tirthankaras), the Indian emperor Ashoka, Gautama Buddha, Aung San Suu Kyi,  Mahatma Gandhi , Rabindranath Tagore, Albert Einstein , Leonardo da Vinci, Guru Nanak, Leo Tolstoy, George Bernard Shaw, Voltaire, Ralph Waldo Emerson, Isaac Newton, Plato, Pythagoras, and Plutarch.

If we stop using animal products, we reduce the destruction of tropical forests by 70% and save 923 million lives. At the same time, we solve a large part of global warming, avoid certain wars, save the planet from most natural disasters, avoid the birth and spread of epidemics, solve problems of water shortages and ending the extinction of thousands of wild animal species.

Studies have shown that after alcoholism and smoking, one of the main causes of death is eating meat. Let your food be your cure. Vegetarians are physically and morally healthy, peaceful, and cheerful. Vegetarians have a strong intellect, long life and can overcome all kinds of illnesses.

Remember the following wisdom: Your ultimate victory is when you are able to defeat yourself! No enemy is harder to beat than yourself.  It is beautiful and fantastic life with no blood stains, no guilt, no murder. Every time you eat, you bring peace on Earth with your contribution. Peace starts from our table, from our bowl. If it is filled with blood, the world will never know peace, never understand peace.  You will never regret a vegetarian diet.

People who wish to advance on the eternal spiritual path are advised to leave behind all violence towards other living entities of body, speech or thought. There is no religion superior to this one. Anyone interested in being truly religious or spiritual and possessing a true faith in God or the Soul should only eat vegetarian foods and should never, under any circumstances, eat non-vegetarian foods.

It is not a war between vegetarians and omnivores. If everything is a choice, we can choose something different. Everyone can choose their way of eating and lifestyle. Why not choose a healthy lifestyle? The choice is yours. No one is forcing you to be vegetarian or vegan but if you think you can contribute to your planet by changing your way of life, then why not? Being a begetarian is not a cult, it's living healthy sustainable life.