Ban On Vehicles Older Than 20 Years Kicks In 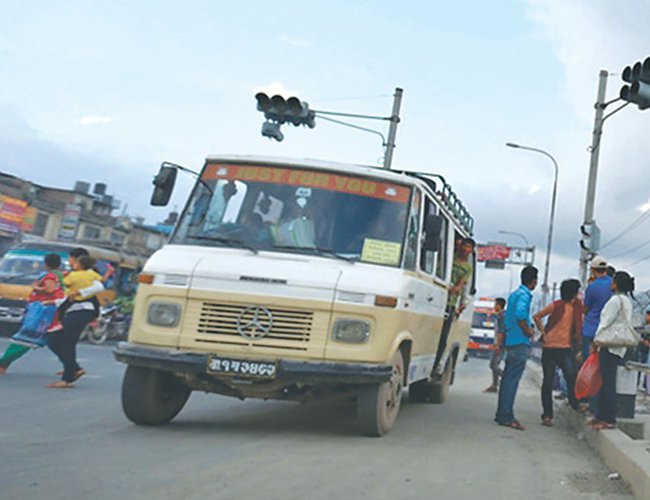 The ban on public vehicles older than 20 years begins across the country on Thursday.

According to The Kathmandu Post, a senior official at the Department of Transport Management (DoTM), under the Ministry of Physical Infrastructure and Transport, has announced the rule and said “we will strictly enforce it”. This decision aims to curb vehicle congestion, reduce pollution emitted by old and poorly maintained vehicles that increase the risk of accidents.

In 2017 February, the Cabinet had banned public vehicles older than 20 years from plying inside Kathmandu Valley, but the authorities failed to enforce the decision strictly.

DoTM Director General Rupnarayan Bhattrai said, “Traffic police will seize old vehicles seen plying the roads. The DoTM has already informed traffic police to seize the licence of drivers behind the wheel of such vehicles and impound the vehicles.”

Traffic police say many vehicles older than 20 years ply in the rural parts of the country. Owners of these vehicles ferry students, office staffers and passengers all over with the rickety old machines, emitting plumes of smoke containing carbon monoxide and other noxious exhaust.

The DoTM has ordered to seize vehicles older than 20 years, not to renew the documents of the vehicle and scrap the route permit.

This is not the first time that the government has made such a commitment, though. The department took the decision to ban old vehicles in January 2015.

The DoTM official said the department could not punish owners of such vehicles, as they did not ply vehicles in the Valley. “Maybe they are being used outside the Valley, but this time around we will enforce stringent measures all over the country,” said Bhattrai.

Up to now, the department has booked fewer than a dozen of such vehicles.

The DoTM estimates 10,000 such vehicles ply all over the country, including 5,500 in the Capital.

Transport owners have denounced the department’s decision. One said it is unscientific decision and they would incur losses.

Saroj Sitaula, the general secretary of the Federation of Nepali National Transport Entrepreneurs, said many people who own second-hand vehicles would incur huge losses if the department imposes the ban without proper planning.

Nepal And Israel Inked Agreement To Provide Temporary Employments For Nepali Youths In Israel By Agencies 3 hours, 35 minutes ago