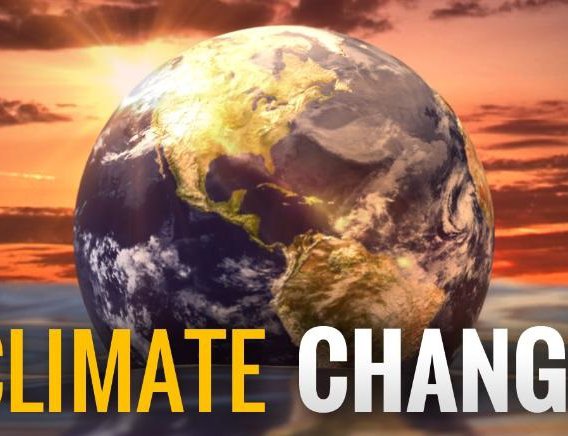 As a climate vulnerable, land-locked, least-developed and mountainous country, Nepal is facing a number of challenges in the recent years. Poor Nepalese are becoming 'climate refugees' in their birthplace, compelled to migrate for 'survival' and/or for better opportunities. Impact of climate change is crystal clear in almost all socio-economic development sectors and natural resources sector in Nepal. This situation is even worse as compared to last decade.

International community has unanimously agreed that climate change is real and requires high level of international cooperation as early as possible. Members have agreed to adopt and implement UN Frameworks Convention on Climate Change (UNFCCC, 1992), Kyoto Protocol (1997) and the Paris Agreement (2015). Developed countries have committed to support the least developed countries (LDCs) with finance and technology. As greenhouse gas emissions from LDCs is negligible (only 0.027% from Nepal, of the total global emissions), poor people have the only option to develop capacity to adapt to climate change impacts. LDCs prepared and implemented National Adaptation Programme of Action (NAPA) – a global initiative for LDCs agreed by Parties in the 7th session of the UNFCCC in 2001 in Marrakech – to address their most urgent and immediate adaptation needs.

To implement adaptation options, Nepal prepared NAPA in 2010 with 'seed funding' from LDC Fund, major funding from DFID and additional support from the Government of Denmark. During NAPA preparation, adaptation communities emphasized developing a mechanism that promotes to localise and integrate adaptation actions into Nepal's development planning. For this, the Government with support from DFID prepared a National Framework on Local Adaptation Plan for Action (LAPA) and approved it in November 2011.

LAPA became a 'flagship' initiative of Nepal to localise adaptation as the Climate Change Policy (2011) which calls for channelling more than 80 percent of the climate change-related finance to field level activities. In 2013, the Government channelled such finance through a dedicated 'climate change budget code'. Multi-stakeholders participation in developing and implementing LAPA enhanced high level of 'ownership over the LAPA framework' that meets the twin objectives of 'integrating climate change adaptation into local to national planning processes' and preparing and implementing a 'stand-alone LAPA' for a defined unit – settlements, wards, municipality, sub-watershed, watershed or a basin, an unit as defined for LAPA preparation and implementation. It clearly indicates high level of 'flexibility' in defining unit for LAPAs. Initially, Nepal selected administrative/political unit to prepare and implement LAPAs.

Nepal documented knowledge, experience and learning on LAPAs while implementing DFID and EU supported Nepal Climate Change Support Programme (NCCSP) in climate vulnerable 14 districts of mid-west and far west Nepal, including learning from other projects. Learning from NCCSP was recognised and appreciated within 5 good practices during the 2015 Paris Climate Change Conference, out of 170 submissions at the global level. The Adaptation Fund Board mentioned the work of NCCSP as 'people's champion' and 'honourable mentions' in 2016. LAPA has been instrumental in drawing the interest of the international community to help poor people to adapt and build resilience to climate change impacts.

Nepal, also an idea generator, has advanced multi-stakeholder participation in National Adaptation Plan (NAP) formulation process which will help in addressing medium- and long-term adaptation needs of the country by reducing climate vulnerability and integrating adaptation into existing and new relevant policies, plans and programmes. Engagement of over 200 Government-nominated individuals, representing multi-stakeholders in 7 thematic and 2 cross-cutting working groups (each group is led by Joint-Secretary of the concerned Ministry) to formulate NAP in itself unique. It seeks guidance from policy stakeholders, and sufficiently engages service providers, beneficiaries, enablers and advocates in NAP formulation process. Nepal's NAP will build on experiences of NAPA and LAPAs, including other initiatives and will synergise with Sustainable Development Goals, Sendai Framework on Disaster Risk Reduction and the New Urban Agenda (outcome of Habitat III conference).

In localising adaptation, tripartite cooperation and collaboration proved very effective in Nepal. The Government led the LAPA formulation process with support from DFID in generating ideas, conceptualising and piloting the LAPA framework. Implementation of the NCCSP in 14 districts with support from DFID and EU proved that LAPA works well. In this context, LAPA is a 'baby' developed and nourished by the Government of Nepal, financially supported by DFID and EU, and used by adaptation communities engaged in implementing adaptation options in Nepal.

Nearly a half-decade of implementation experience of LAPA framework has proved it to be an 'operational instrument' to localise adaptation options and help climate vulnerable poor people to adapt and build resilience to climate change impacts. Nepal and its development partners, at least the LAPA initiating partners, must continue to support this evidence-based proven LAPA framework to localise and integrate adaptation into development processes from local to national levels. This strongly demands continuing 'joint-effort' to fight against adverse impacts of climate change and improve livelihoods, and avoid previous practices of piloting, developing a tool and leaving it at the 'cross-road'. It is, therefore, the need to advance/extend the use of LAPA framework at provincial and municipality levels through domestic resources, and support from friendly countries, UN and multilateral agencies as an 'adaptation tool' that addresses the needs of the poor.

Living With COVID-19 By Dr. Prabin Manandhar 1 day, 8 hours ago

The Long(er) Road to Prosperity By Ashray Bikram Pande and Samarjeet Singh Thapa 1 day, 19 hours ago

Suicide- A Mental Or Social Problem? By Deepak Raj Joshi 2 days, 20 hours ago