As the government now holds a two-thirds majority in the Parliament, enough to amend the constitution, Nepal Communist Party (NCP) Co-Chair Pushpa Kamal Dahal is preparing to make the idea of directly-elected executive part of the national political discourse. 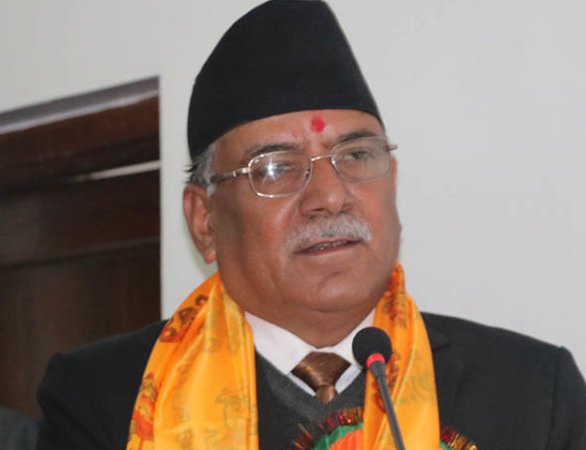 As the government now holds a two-thirds majority in the Parliament, enough to amend the constitution, Nepal Communist Party (NCP) Co-Chair Pushpa Kamal Dahal is preparing to make the idea of directly-elected executive part of the national political discourse.

The idea has already become a common agenda of the ruling parties — the NCP and the Federal Socialist Forum-Nepal — which are of the view that just two-thirds majority will not ensure political stability.

“Our co-chair raised the issue with a view of making it a common national political agenda. The idea will be incorporated in the constitution through an amendment at the appropriate time,” said NCP leader Devendra Poudel.

While Dahal has time and again expressed his desire to become the country’s first directly elected executive president, Prime Minister KP Sharma Oli has so far remained mum on the issue.

According to The Himalayan Times, at the time of constitution promulgation in 2015, the erstwhile CPN-Maoist Centre led by Dahal had written a note of dissent over non-inclusion of the directly-elected presidential system. Even the former CPN-UML led by Oli had advocated similar governance system of a directly-elected executive prime minister in the first Constituent Assembly but dropped it in the second CA.

The FSF-N too has long been advocating a directly-elected executive presidential system.

However, the ruling parties are yet to forge understanding on constitution amendment as the FSF-N also wants Madhes issues to be addressed through charter revision. “Our party will come up with a decision whether to go for directly-elected president or prime minister at the appropriate time,” said Poudel.

Referring to the governance systems in the US and China, Poudel said both the capitalists and socialists had been practising directly-elected executive presidential system and there was no harm in implementing the system in Nepal which would ensure political stability. “The amendment process will move ahead once major political forces support the idea,” said Poudel.

The main opposition Nepali Congress, however, has rejected the idea of the directly-elected executive head, stating that it would lead to the government becoming totalitarian. They also said the ruling party did not have the mandate to amend the constitution to incorporate such a provision.

“The then UML and the CPN-MC sought votes telling the people that they would accept the parliamentary system. So they do not have the mandate to introduce the system of the directly-elected executive head,” said NC Chief Whip Bal Krishna Khand. “If the government moves ahead with the plan, we will strongly oppose from the Parliament and the streets.”

However, NCP leaders close to Dahal claimed that directly-elected presidential system would not always lead to totalitarianism.

“The provision of the right to recall will be put in place. The Parliament will ensure check-and-balance,” Poudel said.

PM OLI Survival Fight By A Correspondent 4 days, 9 hours ago

NEPALI CONGRESS Unjust Act By A Correspondent 4 days, 10 hours ago

Mandela: The Epitome Of Human Tolerance And Triumph By Mahesh Koirala 2 weeks, 6 days ago